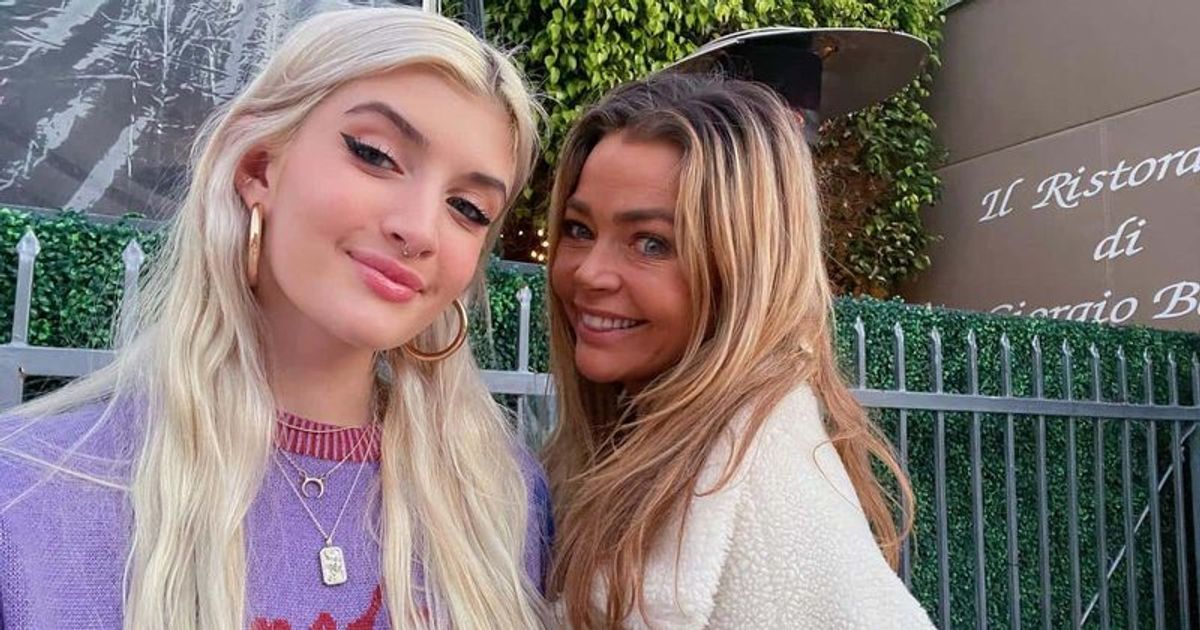 “Sorry but shit can I get paid and at my age? To see me in a bikini?!? God bless you,” Richards said

Former ‘RHOBH’ graduate Denise Richards stands by her daughter Sami Sheen’s decision to join OnlyFans, despite disapproval from her father, Charlie Sheen. Richards even suggested that she could create her own account on OnlyFans.

Despite her father Charlie’s disapproval, Sami Sheen went ahead and dropped a nearly nude picture of herself lying on the bed, covering her breasts with her hands. Her caption read “Kiss me.”

Who is Sami Sheen? Charlie Sheen FURIOUS when daughter joins OnlyFans, tells her to keep it classy

Richards has also defended Sami’s decision to monetize her racy images. On her official Instagram account, she posted a lengthy note on her account: “There have been a lot of negative comments on my social network over the past week. I have to say I wish I had the confidence of my 18 year old daughter. And I can’t judge their decisions either. I did Wild Things & Playboy, honestly, her dad shouldn’t be either.”

She also said: “And being able to ignore the negativity at her age? It took many years and I still struggle sometimes. I’m impressed with their ability to turn out the noise. Because it can destroy you. I only found out about @onlyfans in the last few months.”

Denise added: “The ruling on women and men in the adult film industry is in. I imagine they are on Instagram and Twitter too. Does it really make a difference to post a picture of us in a bikini on Only Fans? I’m pretty sure IG & Twitter & Facebook are doing pretty well for all of us. Is it that bad to control and monetize it?”.

Finally, Denise closed her post by adding, “I’m sorry but fuck it if I can get paid at my age? To see me in a bikini?!? God bless you. Maybe I should open my own account. Oh, and for those of you who are so judgmental… sounds like you’re already subscribed to an @onlyfans account. Have a nice weekend”.

Currently, Sami has nearly 2,800 followers and has only posted three pictures to the site so far. She charges all her followers $19.99. When a fan asked her in a recent Instagram Q&A session if his parents knew about her plans to join the page, Sami replied: “Yes, and my mom is extremely supportive :)”. next to a selfie in a bustier.

In a recent interview with US Weekly, Charlie Sheen said, “She’s 18 now and lives with her mother.” The actor added: “This didn’t happen under my roof. I don’t condone it, but since I can’t help it, I’ve urged her to stay stylish, creative, and not sacrifice her integrity.”

To which Charlie’s ex-wife Richards replied: “Sami is 18 and this decision was not based on whose house she lives. All I can do as a parent is guide her and trust her judgment, but she makes her own decisions.”