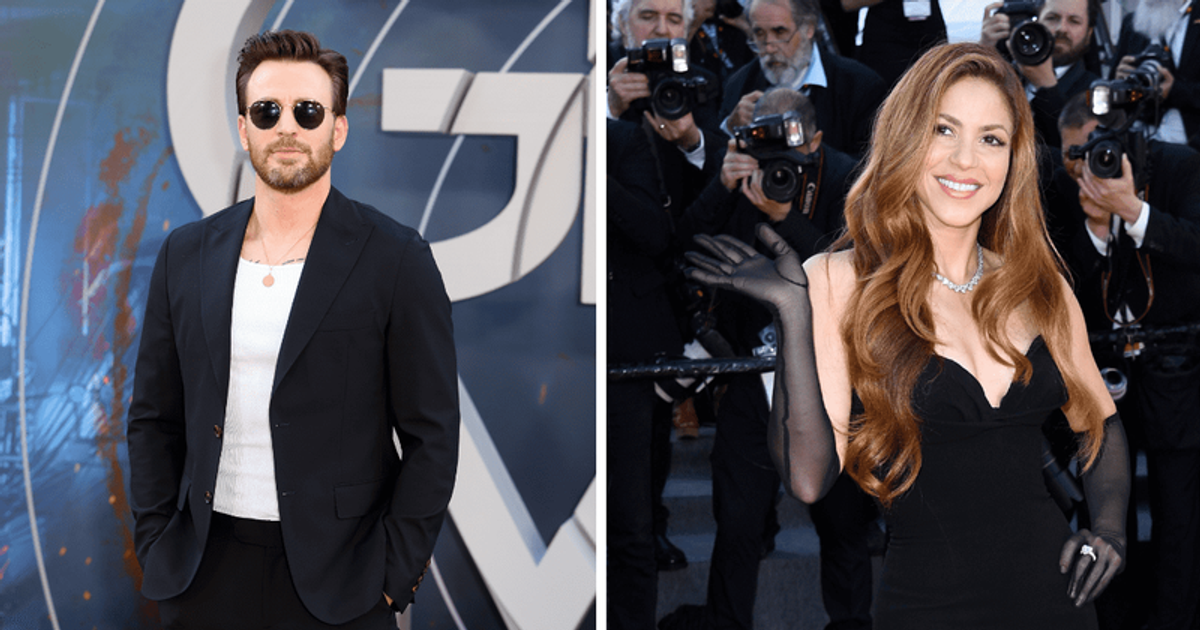 Following Shakira’s split from Gerard Piqué, there are many who want to see the Colombian singer date Chris Evans. Rumors of a romance between the two celebs first surfaced when the 45-year-old ‘Waka Waka’ singer reportedly followed the actor on Instagram and in return, Evans followed her.

Now, a recent statement from the ‘Captain America: First Avenger’ star has added fuel to the fire. During a chat with Shondaland, Chris Evans – who plays the role of an assassin obsessed with finding his target in Netflix’s upcoming The Gray Man – was asked if he’s “laser-focused” on it, even in his personal life to find, he replied saying he would “give [the interviewer] a good answer.”

The ‘Lightyear’ star added: “The answer would be maybe [I’m] laser focused on finding a partner, someone to live with. I mean look – I love what I do. It is great; I’m totally immersed,” before adding, “But in terms of — even this industry is full of doubts, hesitations, and recalibrations when it comes to really trying to find someone to really get into.” Maybe it’s about finding someone to spend your life with. Yes, maybe that’s it.”

This comes after Shakira broke up with the Spanish soccer player. In a joint statement, they had said: “We regret to have to confirm that we are separating. For the sake of our children, who are our top priority, we ask that you respect your privacy. Thank you for your understanding.”

Evans previously dated Jenny Slate before they went their separate ways in March 2018. Following their split, an insider told Us Weekly, “Chris feels neutral about Jenny Slate and doesn’t have any bad feelings towards her. [He] happy for her.” In an interview with Vulture, Slate had said, “What’s similar about us is not only that we’re from Massachusetts, which was such a joy, but Chris really is one of the nicest people I’ve ever met to the point where I would look at him at times and it kind of broke my heart.”

“He’s really vulnerable and he’s really direct. It’s like primary colors. He has nice, big, strong emotions and he’s really sure of them. It’s just wonderful to be here. His heart is probably gold if you could paint it,” the ‘Everything At Once’ actress claimed, adding, “Honestly, I didn’t think I was his type. At one point when I was like, ‘Oh, do you have these feelings for me?’ I looked around like, ‘Is this a prank?’. I mean, I understand why I think I’m beautiful, but if you had a certain lifestyle and I’m a completely, completely different kind of person – I don’t want to be an experiment.”

Meanwhile, Twitter has been filled with posts to see Shakira and Evans as a couple. One user tweeted, “Well @ChrisEvans let me introduce you to the one and only @Shakira.” Another user shared, “Shakira teaches me that when your lame boyfriend and father of your kids is cheating on you, you just move on and hotter.” Men aka Chris Evans and Henry Cavill come begging for you.” “Yeah c’mon @shakira, @ChrisEvans you all could just be soul mates. She’s an Aquarius and he’s a Gemini =❤️,” the third added.