Is ‘Bones and All’ related to Armie Hammer’s cannibal allegations? This is how cannibalism developed in Hollywood 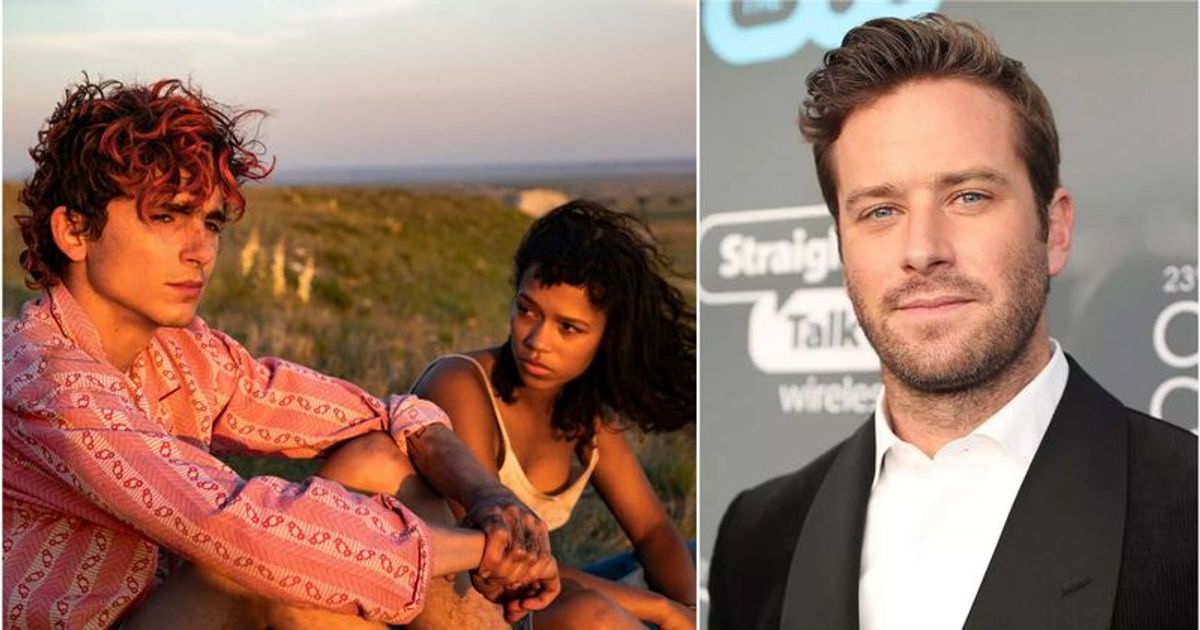 “Bones and All” has met positive reactions, but people also have a feeling that it could be linked to Armie Hammer’s cannibal allegations

LOS ANGELES, CALIFORNIA: Italian filmmaker Luca Guadagnino is one of the most brilliant filmmakers in the business right now and showed his skills with the Oscar-nominated 2017 film ‘Call Me By Your Name.’ also turned the film’s leads, Timothee Chalamet and Armie Hammer, into superstars. Five years later, the Italian director is set to take everyone by storm with his latest film, Bones and All, starring Chalamet and Taylor Russell.

Bones and All is a romantic horror film that mainly focuses on a group of cannibals who travel together trying to cope with their urges. Two young eaters, Maren Yearly and Lee find a connection and both begin a relationship. However, they deal with many problematic situations along the way and even murder people who have always made life difficult for them. Cannibalism is one of the main themes of the film and the plot has already received a positive response from critics and viewers who managed to see the film. However, some people believed the film was inspired by disgraced actor Armie Hammer, who reportedly confirmed that he was a “cannibal.”

“He wanted to break your rib and eat you”: women describe Armie Hammer’s sick requests in new documentary

Surprisingly, the film comes a few months after Armie Hammer, one of the leads in Guadagnino’s Call Me by Your Name, was embroiled in a controversy that reported the actor exhibited cannibalistic behavior while talking to women. In the Discovery+ documentary series House of Hammer, one of the most shocking allegations against the actor came when it was revealed he was a “cannibal.” In one of the messages, he reportedly wrote, “I’m 100% a cannibal… shit that’s scary to admit that.” Meanwhile, another message read, “I want to see everything… I want to see your brain, yours.” Blood, your organs, every part of you…I would definitely bite it…100%…or try to fuck it. I’m not sure which… probably both.”

“Bones and All” had its world premiere at this year’s Venice Film Festival and was awarded the Silver Lion. On the other hand, the film had its UK premiere at the BFI London Film Festival in October 2022, where it received a thunderous response. However, after seeing the film, many people claimed that the film could be related to the real-life Hammer controversy. The comments kept pouring in, forcing the filmmaker to come forward and shut down all of the rumours.

During his appearance at the Zurich Film Festival, the Italian filmmaker lashed out at all of the rumours, vehemently denying that the film has any connection to Hammer’s controversy. The director said the film’s writers have been working on the project since the book of the same name came out in 2015, and the project was discussed when they were filming Call Me by Your Name.

“David Kajganich and Theresa Park, the writer and one of our producers, have been working on ‘Bones and All’ since the book was published [in 2015]. Many years ago, probably around the time we were shooting Call Me by Your Name,” Guadagnino said during the interview.

The film has received critical acclaim for its storytelling and impeccable performances, particularly from Chalamet and Mark Rylance. Even though the director has denied all the rumours, people still believe there are some connections between the film and Hammer’s cannibalism allegations. To be honest, it’s sheer luck that Guadagnino made a film about “cannibalism” and similar allegations were made in the film.

In recent years, cannibals have changed places in Hollywood. From villains to anti-heroes, cannibals are now the new likable leads in movies and TV shows. Nobody would have thought a few years ago that a film about cannibals would be reviewed with so much sensitivity and emotion. It might be chilling for some to see how cannibalism is now glorified in Hollywood, and Guadagnino has had many questions asked after one of the stars of his own films allegedly admitted to eating people.

Although the film’s release was a bit polarizing, the film’s success shows that the Hammer controversy didn’t have much of an impact on the film’s reception and if you open Twitter, it’s filled with plenty of praise for the film.

With Bones and All, Guadagnino has made it clear he’s willing to take risks by telling bold stories on the big screen, but it comes at a price and there’s a segment of people, or viewers, who aren’t thrilled with that to see, especially after Hammer’s documentaries and the allegations against him.

Bones and All is currently in theaters.