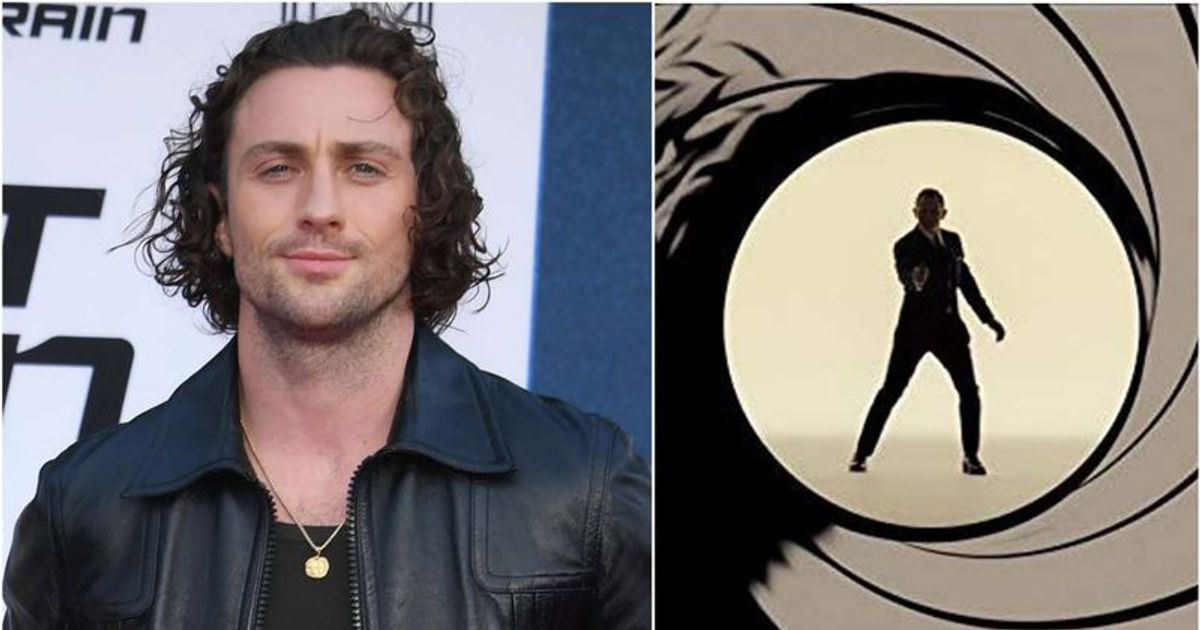 LONDON, UNITED KINGDOM: Daniel Craig wrapped up his extraordinary run as James Bond with last year’s ‘No Time To Die’. Since then, the people at EON Productions have struggled to find the right person to play the legendary character on the big screen. From Tom Hardy and Henry Cavill to Idris Elba and Taron Edgerton, many names have been circulating on social media about who the next 007 should be. However, a recent report suggests that a new name has joined the list of actors who are being considered for the role, and it’s none other than Aaron Taylor-Johnson.

Johnson’s career path has been truly amazing and he is one of the brightest talents in the business right now. He began acting at the age of 10 and received critical acclaim when he was cast as Dave Lizewski in the 2010 film Kick-Ass. Since then he has been part of several high-end projects such as Avengers, Godzilla, Nocturnal Animals, Tenet and most recently Bullet Train. But if the reports are true, then he’s ready to take on the biggest role of his life.

No Time to Die Review: Craig’s Last Hooray is a classy, ​​clunky, and explosive affair

According to The Sun, a secret audition was held in early September this year and actor Aaron Taylor-Johnson went to the screen test for 007 and made a good impression during the audition, which was held at Pinewood Studios, where many of the franchise’s films have been shot. According to the source, he’s now on the list of actors to don the iconic tuxedo when the character returns to the big screen.
“Aaron did a screen test in September to be the next Bond and the producers and Barbara loved him. He’s one of the front runners now,” The Sun reported, citing the source.

In the past few months, many actors have reported being roped into playing the iconic character. It was originally reported that Tom Hardy was the front-runner for the role, while some reported that Henry Cavill is now being touted as the next Bond. However, the only actor who appeared to have a conversation with the Bond creators is Idris Elba, but it seems he has walked away from the talks and paved the way for a new MI6 agent.

Bond has a very long and interesting history in Hollywood. To date, seven actors have played the legendary detective in films and it was Sean Connery who first landed the role in the film Dr. No’. The actor has starred in six other Bond films. David Niven and George Lazenby each portrayed the character in one film, while Roger Moore also played James Bond in seven films.

Timothy Dalton took on the role of the legendary detective, playing the character in two films between 1987 and 1989. The franchise went on a 6-year hiatus and returned in 1995 with Pierce Brosnan as the new Bond. Brosnan became Bond’s highest-paid actor, earning $16.5 million for Die Another Day in 2004. In 2006, Daniel Craig entered the world of James Bond. His first film as Bond entitled Casino Royale was a huge hit and the actor received critical acclaim for his performance. By 2015, Craig had become the highest-paid actor to play the role, with a salary of a whopping $25 million.

If Aaron Taylor-Johnson is chosen to portray the detective, it will no doubt take his career to a whole new level. However, there are many great actors on the list and he would have to beat them to land the part. Let’s see who wins the race.