Iron Chef: Quest for an Iron Legend: Who is Claudette Zepeda? The chef is known for her Mexican cuisine 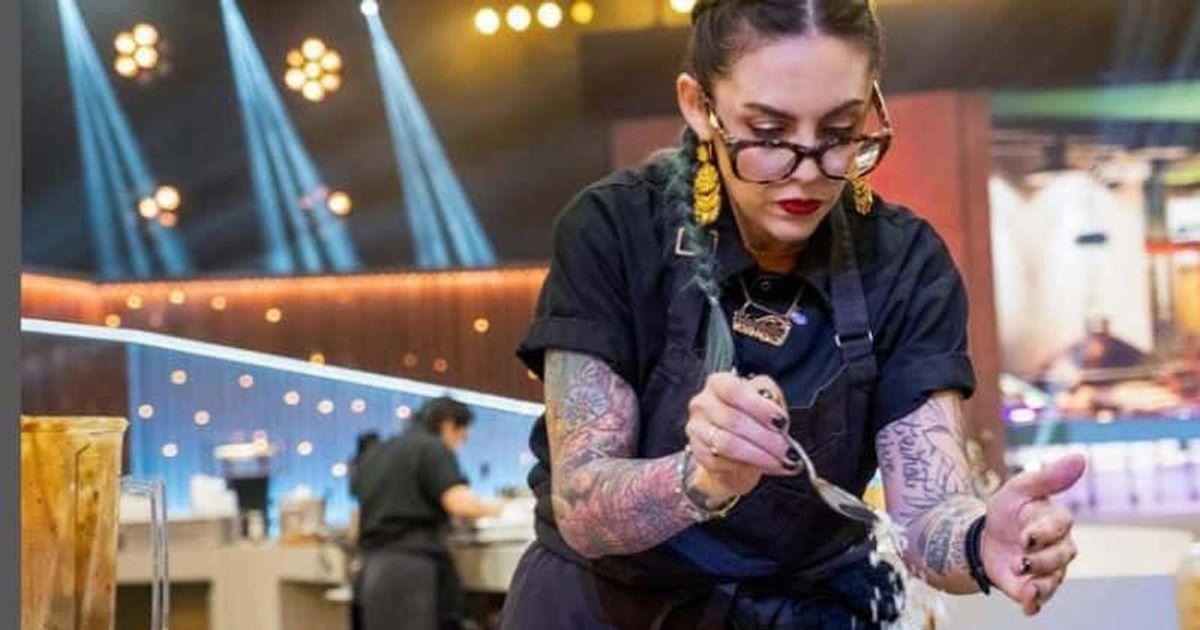 Each week, one of the five iron chefs – Marcus Samuelsson, Dominique Crenn, Ming Tsai, Curtis Stone and Gabriela Cámara – will compete against an emerging culinary talent on the show

Iron Chef: Quest for an Iron Legend is Netflix’s new reboot of the long-running American version of the show, which previously aired on Food Network from 2005 to 2018. Each week, the new show stars one of the five Iron Chefs – Marcus Samuelsson, Dominique Crenn, Ming Tsai, Curtis Stone and Gabriela Cámara – against an emerging culinary talent. The challenger with the highest score at the end of the eight-episode series will compete against all five Iron Cooks for the Golden Knife and the title of Iron Legend.

The series synopsis states: “The legendary Iron Chef series is reborn with a super-dimensional approach to the groundbreaking culinary competition that started it all. It has been called the toughest culinary challenge a chef will ever face. This is the world First-class cuisine meets top-class sports. Five new groundbreaking Iron Chefs welcome daring challenger chefs to the reimagined Kitchen Stadium, where they will compete and be pushed to the limits of their endurance and creativity as they cook extraordinary culinary creations. The top challenger of the competition will return to battle in a grand finale for a chance to be named the first-ever Iron Legend.

Who is Claudette Zepeda?

Claudette Zepeda is a San Diego-based chef known for her strong approach to regional Mexican cuisine and her daring culinary flair. Based in San Diego’s North County, Zepeda oversees the creative vision of San Diego’s North County-based VAGA as consulting chef, penning a love letter to her homeland with cuisine that emphasizes local tastes and inspiration. Zepeda has received national acclaim as executive chef and partner of El Jardin, a regional Mexican restaurant in the area. El Jardin received a fantastic review from The New York Times, was named one of the Best New Restaurants of 2018 by Esquire and was included in Michelin’s 2019 Bib Gourmand list during your stay.

El Jardin is an expression of her culinary journey as a chef, inspired by the regional cuisine of Mexico, where her passion for food was originally nurtured. She cites the convergence of flavors and ingredients she encountered while spending time with relatives in Tijuana and Guadalajara, despite being born in the United States and raised between Tijuana and San Diego. She also spent time with her aunt Lorenza, who ran her own restaurant, and credits this as preparing for her future job.

In 2018, Zepeda was nominated for Chef of the Year by both Eater San Diego and the San Diego Union-Tribune, and in 2019 she was a James Beard Best Chef West semifinalist. Before joining El Jardn, Zepeda worked as Executive Chef at Javier Plascencia’s famous Bracero and appeared in Top Chef Season 15 and Top Chef Mexico Season 2.

In 2019, Zepeda founded Viva La Vida, LLC and established single mother micro-enterprises in Mexico’s seven regions to import heirloom ingredients unavailable in the United States while also supporting Mexican women to advance their families without sacrificing their safety. The organization, which takes its name from a famous Frida Kahlo quote, celebrates the colorful lives and deaths that Mexicans lead, with plans to evolve into a multi-entity concept focused on helping women break out of generational poverty.

Zepeda is a single mother. However, her ex-husband is not in the public spotlight. The couple had two children. She is single now.

What is Claudette Zepeda Net Worth?

Claudette was able to build a restaurant in San Diego after appearing in several reality series. From this we can conclude that becoming a chef undoubtedly paid her well. She has come a long way from finding work to being able to provide work to others. As a result, this restaurant owner is expected to have a good fortune. However, the exact amount of her net worth is still being determined.

Catch Claudette Zepeda at Iron Chef: Quest for an Iron Legend premieres June 15, 2022 only on Netflix.