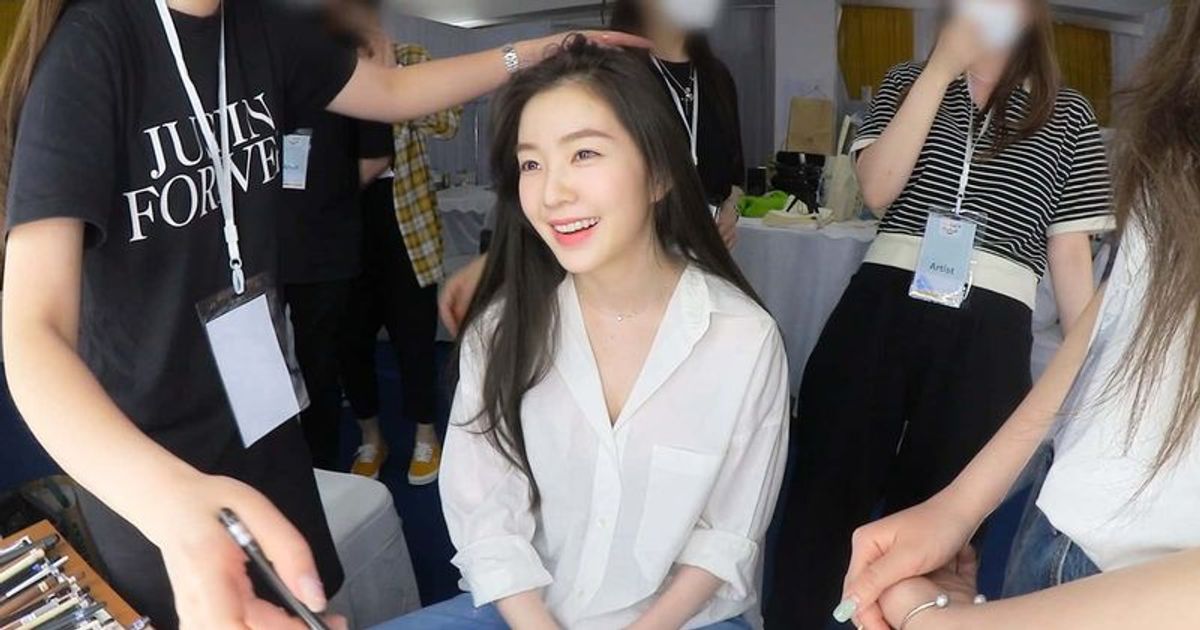 It looks like it’s going to be a while before Red Velvet’s Irene gets over her scandal where she allegedly bullied a co-worker. Back in 2020, a stylist had gone public with the alleged mistreatment she suffered from the Red Velvet star. Her label SM Entertainment remained silent on the matter, while Irene simply apologized. It was her fans who defended her, claiming that some of the allegations were exaggerated and that one incident is not enough to judge Irene. However, this 2020 scandal has once again come under the spotlight thanks to new reality show Irene’s Work & Holiday.

Red Velvet fans were thrilled when it was announced that Irene would be getting her own reality show as they would be able to look behind the scenes to see how the girls were working on their comeback together and spending their time when they were free were. But since the whole concept of Irene’s Work & Holiday is for viewers to get a taste of how the Red Velvet star works, which also involves a close relationship with the staff, the Knetizens think the show was created to do damage control. Her argument was further strengthened when the first episode showed how nice Irene was to the employees.

CONTINUE READING
Miyeon lost at LA airport ahead of world tour while (G)I-DLE has no security, fans slam Cube

Several kneads made the first episode of “Irene’s Work & Holiday” go viral as they felt that Irene was wrong in the moments when she was nice to the employees. She had previously gone viral for two incidents involving employees on July 31 and August 1. While Red Velvet was in London for a K-pop festival, staff uploaded pictures of £100 notes that Irene had given them as pocket money. Fans were impressed by her generosity. But the next day, when she returned to South Korea, she was criticized for letting staff handle and push her luggage.

Fans bemoaned the hypocrisy as the same Knetz had worried about (G)I-DLE as they had no staff and had to push trolleys full of suitcases by themselves. They had stated that part of the staff’s job was to help with the luggage. Reveluvs (the Red Velvet fandom) also share that damage control isn’t necessary as the group has already had two comebacks following the 2020 scandal and it hasn’t hurt their reputation or success.

On the first episode of “Irene’s Work & Holiday,” the Red Velvet star chatted to the staff and asked if they ate while they were doing their makeup. Knetz felt the banter was fake as there was no need to include such scenes in her vlog. They made comments like, “It’s just funny because the intent of this program is way too transparent.” Another had joked, “SM’s PR department is doing everything wrong, they should set up a stunt with Irene where they do some Mocking a-hole photographers or whatever, and making people think, ‘wow, she might be a*tch, but sometimes she’s a*tch required!’ and so recreate her image instead of trying to make her nice and personable.

Irene exclaimed because she was allegedly fake with the staff

Hate didn’t bother anyone, “Irene is so nervous and her make-up artist cheered her up. ‘It’s okay~ Our Bae Juhyun can do it!’ Her relationship with the staff is so pure.” Another Reveluv wrote, “Irene is so powerful that she got her fans and people who claim to hate her to tune in to Irene’s work and vacation Thursday at 6pm KST to watch her watch my octopus teacher on a plane to Indonesia.” One commented, “The downside of Irene is that she doesn’t have as many celebrity friends or interact as much with her fellow idols … that she’s with her Best friend to employees, PDS/teams, stylists, etc. is labeled fake and performative.”