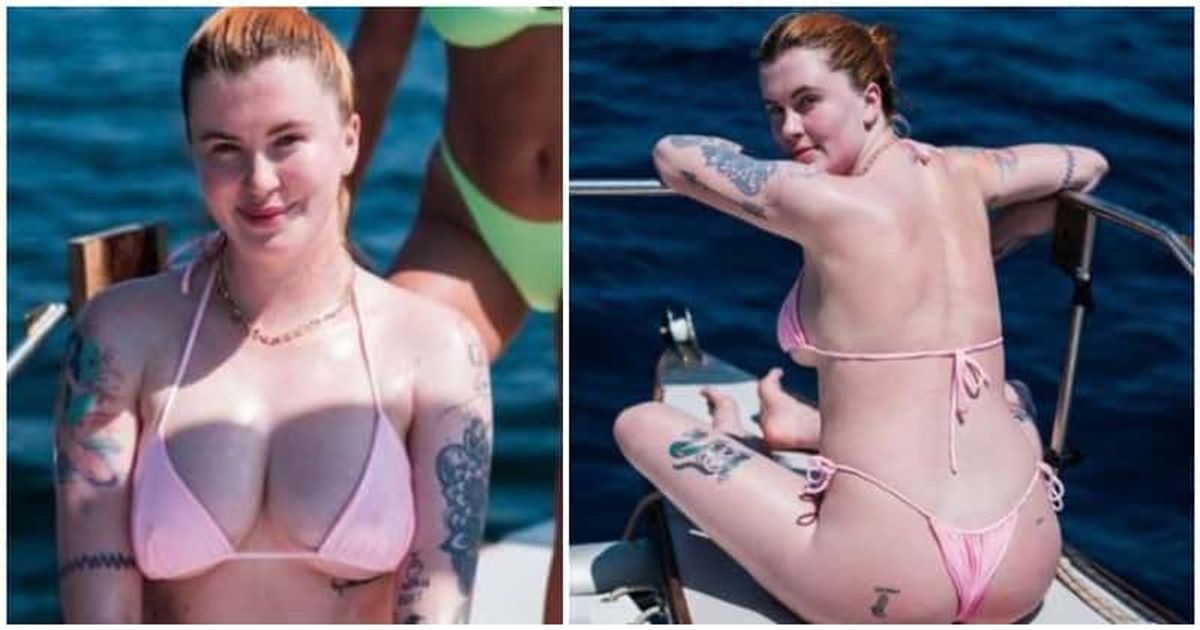 Ireland, who was joined by boyfriend RAC, also shared a video giving viewers a closer look at her holiday in Italy

Ireland Baldwin caused a stir on social media by posting hot pics of herself in a tiny pink thong bikini while spending her weekend on a yacht off the coast of Italy. The gorgeous redhead was joined by her boyfriend, Portuguese musician RAC.

The 26-year-old model flaunted her tattooed body in one picture while tanning on the edge of the boat, and in another her bottom was in full view as her back was turned to the photographer. Ireland, along with her cousin Alaia Baldwin, who attended the lavish holiday with her 11-month-old daughter Iris Elle, also showed off significant underbust while posing. The daughter of Alec Baldwin, 64, and Kim Basinger, 68, captioned the slideshow post, which also included some pictures of her family, “Boats, hoes and babies.” She also wore a second two-piece outfit that included a triangle top and matching high-rise pants. The bikini has a bright yellow, red and green cartoon floral pattern all over with a blue background. The bottoms were extremely cut-out on the sides, while the top had an underwire that showed a lot of cleavage.

Ireland also shared a video – following her seductive photoshoot – giving viewers a closer look at her holiday in Italy. She wrote on Monday: “I think I will move to Sardinia. She also gave fans a glimpse of the food she’d eaten, including delicious-looking pasta dishes and sophisticated fish dishes, in addition to gorgeous clips of Alaia and RAC enjoying the Italian sun. “I’ve eaten so many clams here I’m becoming a clam,” she joked on Instagram. “I’m a clam girl. I’ve always dreamed of being a Marvel superhero and I think ClamGirl is working.”

Ireland previously shared a photo of herself in the sea while fully nude on social media, with the message, “I’m just going to leave these here.” As she recently revealed, the influencer is “in the most liberating mental headspace I’ve ever been in in terms of body image.” She flaunted her curves in a Fleur du Mal lacy bodysuit ($236) in a series of social media pictures in May. She followed the picture with a video with the message “Instagram, looser up a lil,” revealing that unfortunately not many others were as in love with the look as she was.

On June 11, Ireland posted a picture of her kissing her lover, a singer named Andre Allen Anjos, aka RAC, while standing in front of the Eiffel Tower. According to her social media, she has been dating RAC since July 2021.

However, it was not an entirely sunny year for Ireland. When her father, Alec Baldwin, accidentally fired a prop gun that killed cinematographer Halyna Hutchins while she was filming a movie called Rust in October 2021, her family went through some major hardships. Ireland was deeply saddened and wrote about it on Instagram: “My love and support goes out to the family and friends of Halnya Hutchins,” she posted on her Instagram on October 22, 2021. “And I wish I could give my dad an extra tight hug today.” She added.