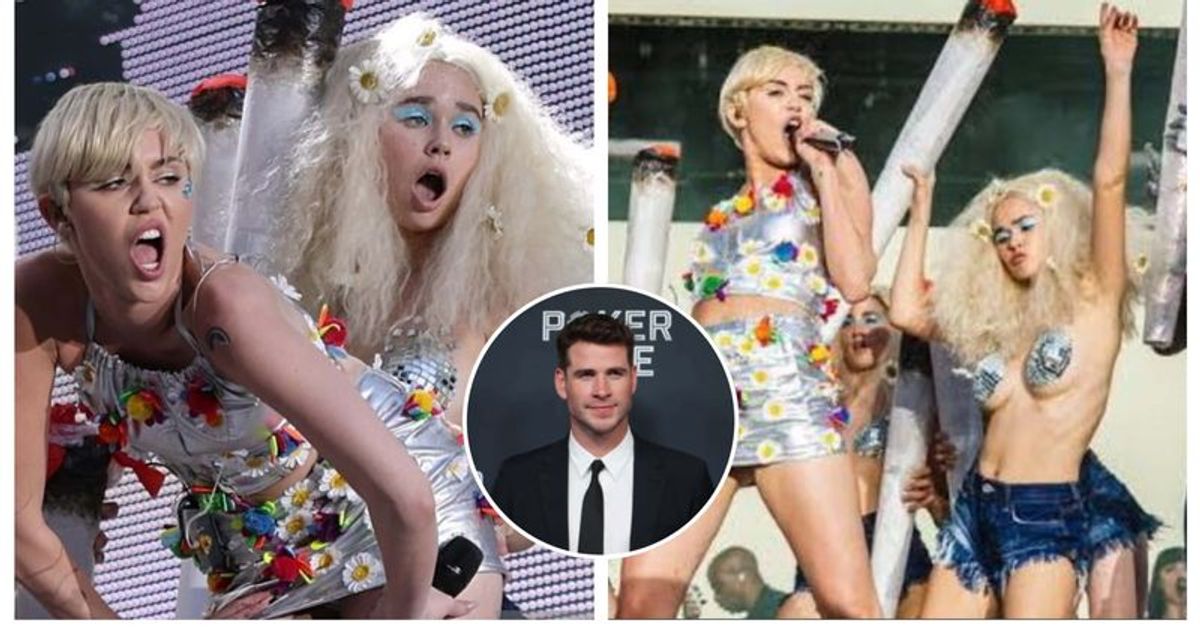 It looks like the drama brewing between ex-boyfriends Miley Cyrus and Liam Hemsworth is going to take a while to settle as another shocking rumor involving the two has surfaced. Some online users are convinced they’ve discovered another connection between Cyrus and Hemsworth’s girlfriend Gabriella Brooks besides the ‘Hunger Games’ actor. Internet theories imply that the Australian model was one of Cyrus’ backup dancers.

Resurfaced images shared by fans show a woman resembling Brooks appearing on stage behind Cyrus at Capital FM’s Summertime Ball in London in June 2014, where the American pop star performed hits from her album Bangerz. At the time, the ‘Wrecking Ball’ hitmaker was on hiatus from her engagement to Hemsworth, who she had been dating since 2009, before finally getting back together in 2016. To support this theory, online investigators point to similar freckles and birthmarks both women have on their arms.

Was Liam Hemsworth the ORIGINAL Geralt? Actor auditioned for ‘The Witcher’ before Henry Cavill!

According to the DailyMail, Brooks, 26, was living in London at the time and was believed to be 17 or 18 at the time. Adding fuel to the fire is another similarity seen in the viral images: Cyrus wears a floral-themed costume, which likely inspired the title of their recently released breakup anthem, “Flowers.” However, despite the uncanny resemblance and identical birthmarks, there is no concrete evidence that the woman in the photos is actually Hemsworth’s new girlfriend.

Hemsworth and Brooks have been together since 2019, just months after he filed for divorce from Cyrus. The pair have kept their romance largely private and have appeared in a handful of photos together. What’s more, the couple has consistently shut down breakup rumors on numerous occasions, even making their first red carpet appearance in November 2020.

Cyrus released her new single “Flowers” on the same day as her ex-husband’s 33rd birthday, Jan. 13, leading many to believe the song was a reference to their relationship and ultimately the failed marriage. At the time, it was believed Cyrus was ready to work on their nearly decade-old relationship and were shocked by Hemsworth’s sudden divorce filing in 2019.

The track is currently dominating the charts, becoming Miley’s third official UK number 1 single and debuting at the top of the Australian ARIA singles chart. It was also crowned the most-streamed song on Spotify in a single week.

Meanwhile, the internet has been buzzing about Brooks appearing to be Cyrus’ backup dancer. One user wrote: “Liam going from being an A-list superstar like Miley to being an unsuccessful IG model wannabe makes me cry. That’s why he and the “model” get along so well, both only have careers and are only in the news when it comes to Thee Miley Cyrus.” Another user wrote, “Liam’s friend Gabriella Brooks was Miley’s nude dancer back in 2013 when she was a minor!! She’s been following Liam Reed for years!!!” “Sure. In 2014, Liam Hemsworth’s current girlfriend, Gabriella Brooks, worked for Miley as a stripper dancer. Why isn’t the media talking about this? Liam’s family paid money to write negative articles about Miley??? white a$$ and trying to embarrass Miley?” wrote another user.