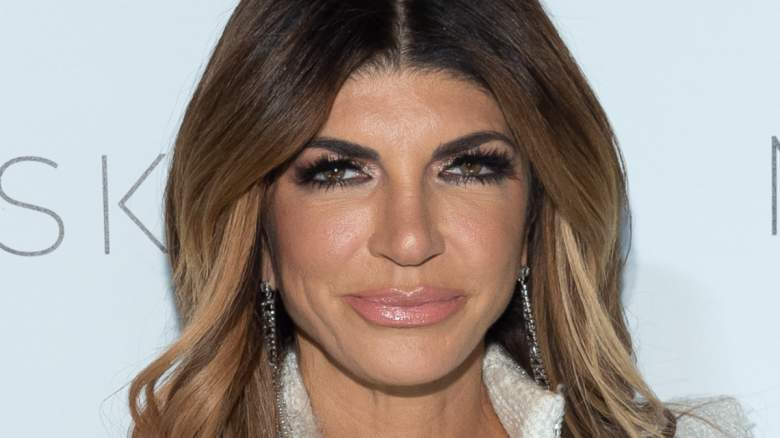 Teresa Giudice shared additional photos from her wedding to Louie Ruelas on Aug. 6, 2022 — and she’s not getting the most positive feedback for the snaps.

On September 6, 2022 — their month-long wedding anniversary — Giudice took to Instagram to share a few more photos from their special day.

The Real Housewives of New Jersey star also posted a picture of her in her reception dress alongside her groom. The two took a brief break from the party to pose on the dance floor between two Vegas-style showgirls on stilts and a sax player. The last image in the set was of Giudice and Ruelas kissing in front of a staircase.

However, there’s just one thing that Real Housewives fans won’t want to let go of — and that’s Giudice’s wedding hairstyle.

Giudice’s wedding hair has been pulled online since the very first photo from their wedding was shared. And while Giudice still shares memories of her wedding day, some people don’t let her forget that they didn’t like the hairstyle she chose.

Giudice wanted something big and bold. Her stylist created an over-the-top look using hair extensions, a curling iron and a crown.

“I’m sorry but I can’t handle this hairstyle,” one person commented on Giudice’s anniversary post.

“Oooooh! it was carnival theme!!!?! so the hair…makes more sense now,” wrote another.

“Oh NO not the worst wedding hairstyle,” read a third comment.

Not long after Giudice and Ruelas’ wedding, Andy Cohen had Giudice’s hairdresser on his SiriusXM radio show to talk about the one thing people just couldn’t stop talking about.

“Well as we know my girl Teresa is the Queen of Jersey so we needed hair fit for a Queen. I mean, you know what we stand for in Jersey. You grow up or you go home… Teresa said, ‘My hair must be overdone,'” Lucia Casazza told Cohen. “It’s always about the hair.”

According to Casazza, the look took hours to create and included $7,000 in custom human hair extensions. However, it is exactly what Giudice wanted. Her longtime makeup artist and friend Priscilla Distasio opened up about Giudice’s look during an interview with Entertainment Tonight.

“It was everything you would wish for your girlfriend on her wedding day. She was just so iconic for what she is, you know, Teresa Giudice is New Jersey’s OG Real Housewife. She’s an amazing mom and it was an iconic look for her,” she told the outlet.