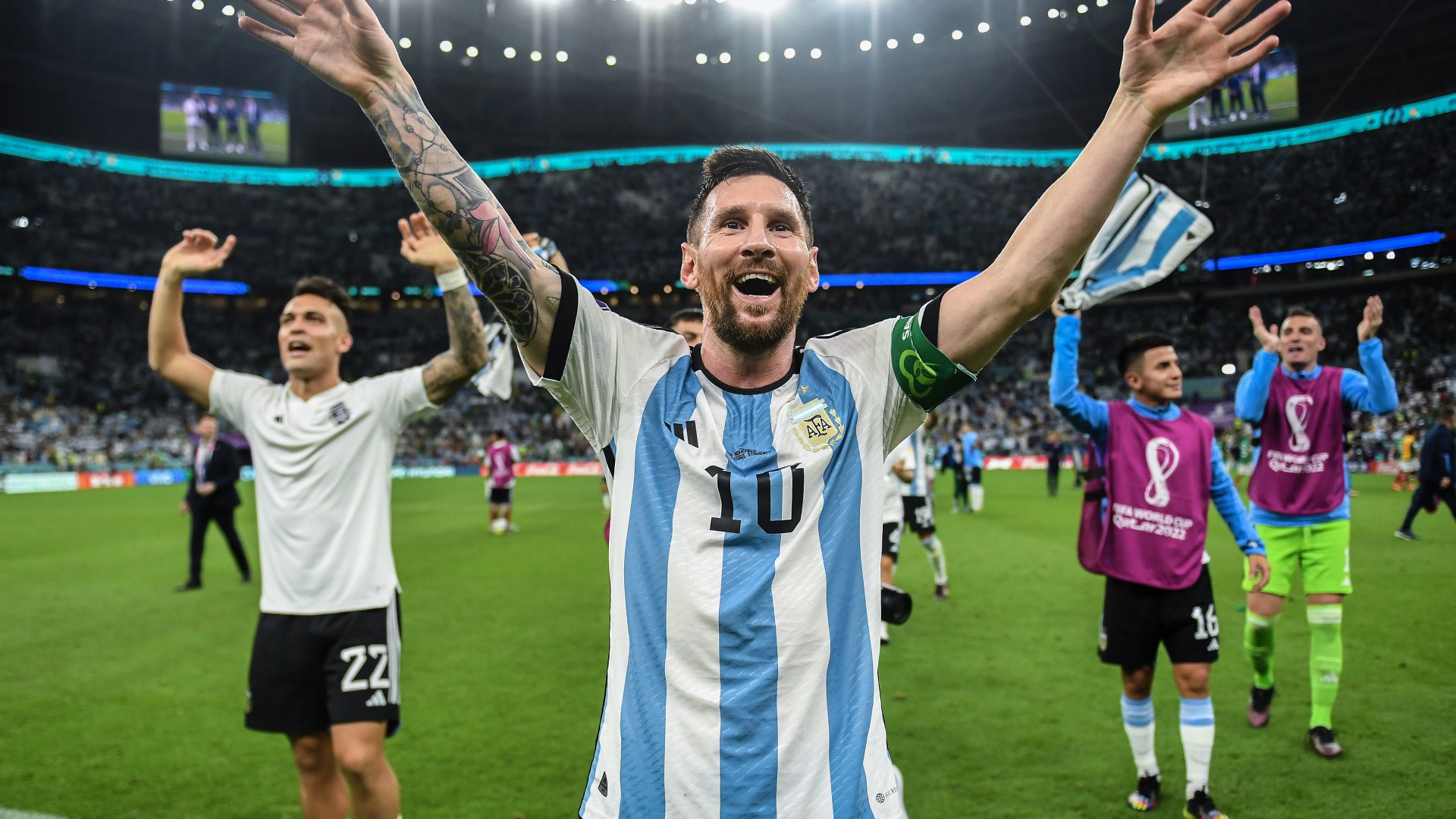 LIONEL MESSI led the dressing room chorus of an Argentine victory song that referenced Diego Maradona, himself… and the Falkland Islands.

After Messi’s brilliant opening raised the tension to set his side up for a crucial 2-0 win over Mexico, the celebrations from Lionel Scaloni’s players were long and loud.

As Aston Villa keeper Emi Martinez bounced on a table in the center of the room, Messi and the rest of the squad roared a chorus of the new chant.

The song, which references Argentina’s most heartbreaking defeats and greatest triumphs, began by saying, “I was born in Argentina, the land of Diego and Lionel, of the Malvinas’ children, whom I will never forget.”

It ended: “Guys, now we’re excited again, I want to win third, I want to be world champion.

“And we can see Diego up in the sky encouraging Lionel.”

The joy in the dressing room shared by Lautaro Martinez, Paulo Dybala and even coach Lionel Scaloni summed up the relief of the whole squad after the surprise opening defeat to Saudi Arabia.

Scaloni’s players were angered by the backlash from home, with even Messi in the firing line, and with added pressure as Saturday’s game coincided with the second anniversary of Maradona’s death aged just 60.

But the little man from Rosario delivered when it counted, slamming his game-changing left foot into the bottom corner of Guillermo Ochoa’s goal to level with arch-rivals Cristiano Ronaldo on eight World Cup goals, the same total as Maradona scored.

Messi said: “The days since losing to Saudi Arabia have been very long for us – we’ve been desperate for a chance to turn things around.

“We all knew if we didn’t win we were out but now it’s a load off our shoulders, a cause for joy and peace of mind because it’s all up to us again.”

That joy and peace of mind showed in the post-match celebration, but things looked very different when Messi struck with 20 minutes to go.

He admitted: “The first half was difficult because we had to win so much. We couldn’t find a place and didn’t move the ball.

“We were too hectic and made too many mistakes. The most important thing was to stay calm.”

He said: “The most important thing is to always help Messi.

“If we do that, he ends up solving the problems.

“Outside the gate he told me to look for him and he did what we needed.

“We knew they were going to fall off because of the way they played in the first half and it happened as we expected.

“Scaloni said the gaps would appear when they got tired, and he was right.”