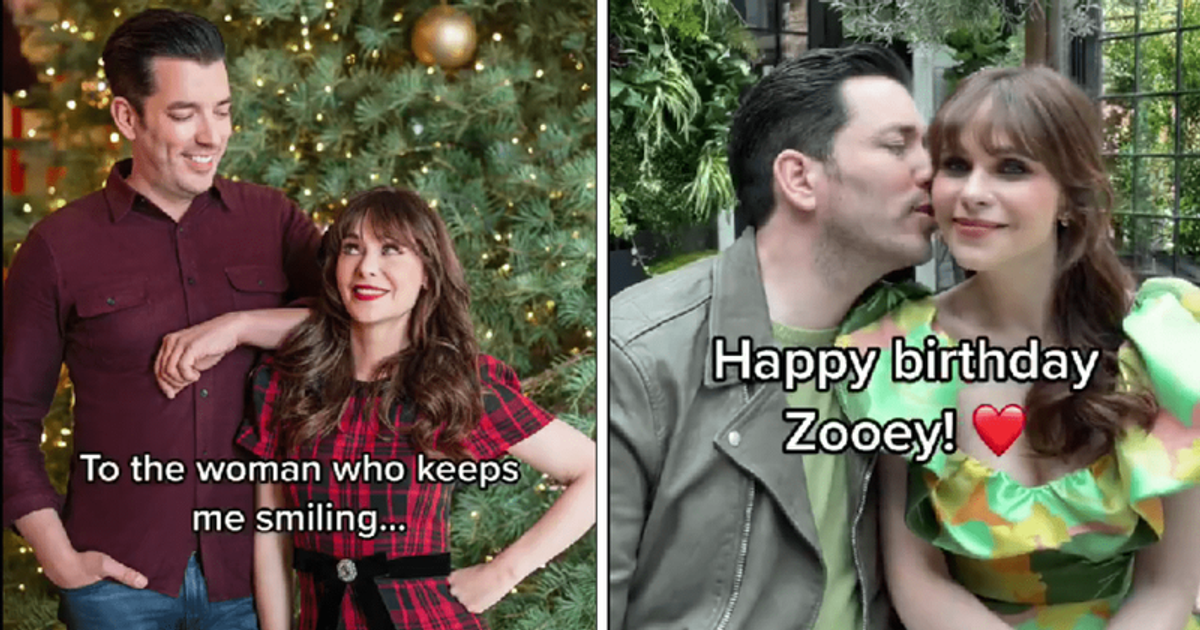 LOS ANGELES, CALIFORNIA: ‘New Girl’ actress and TV personality Zooey Deschanel was touched by her partner Jonathan Scott on her 43rd birthday. Jonathan Scott, star of the popular show Property Brothers, celebrated his girlfriend Zooey Deschanel’s birthday in an adorable way by sharing a video slideshow of their memories together on Instagram.

The video, which showed their happy moments from smiling in front of a Christmas tree to traveling abroad, was accompanied by a heartfelt message from Jonathan. Zooey Deschanel was visibly touched by the honor and posted a thank you letter. Jonathan’s brother Drew also shared an Instagram post wishing her a happy birthday.

While there’s little doubt Scott probably got his partner something else as well, the video tribute held up well and visibly touched Zooey. Deschanel was visibly touched by the gesture as she commented on the post: “I’m the happiest girl!”

Jonathan’s twin brother, Drew Scott, also shared a heartfelt message on Instagram, which included photos of Jonathan, Zooey, Drew and Drew’s wife, Linda Phan, writing, “Happy Bday to the woman who makes my brother so happy. Thanks for being an amazing human being @zooeydechanel.” Jonathan and Zooey met in August 2019 while filming an episode of “Carpool Karaoke” with their respective famous siblings. They have been together for over three years now and have theirs Celebrated milestones together, including celebrating their first Christmas at their newly renovated Los Angeles home, Park House, with Zooey’s two children, Charlie Wolf and Elsie Otter, celebrating their first Thanksgiving at the new house in November, and celebrating their third anniversary in August.

The ‘New Girl’ actress thanked Jonathan’s brother for his wishes and was genuinely pleased with her own husband’s wishes. The video in question itself presented a brief but sweet profile of the two’s relationship. Needless to say, the two seem very happy together!