“I’m on board with this idea!”: Fans were ecstatic after Disney and Pixar’s ‘Elemental’ trailer was released 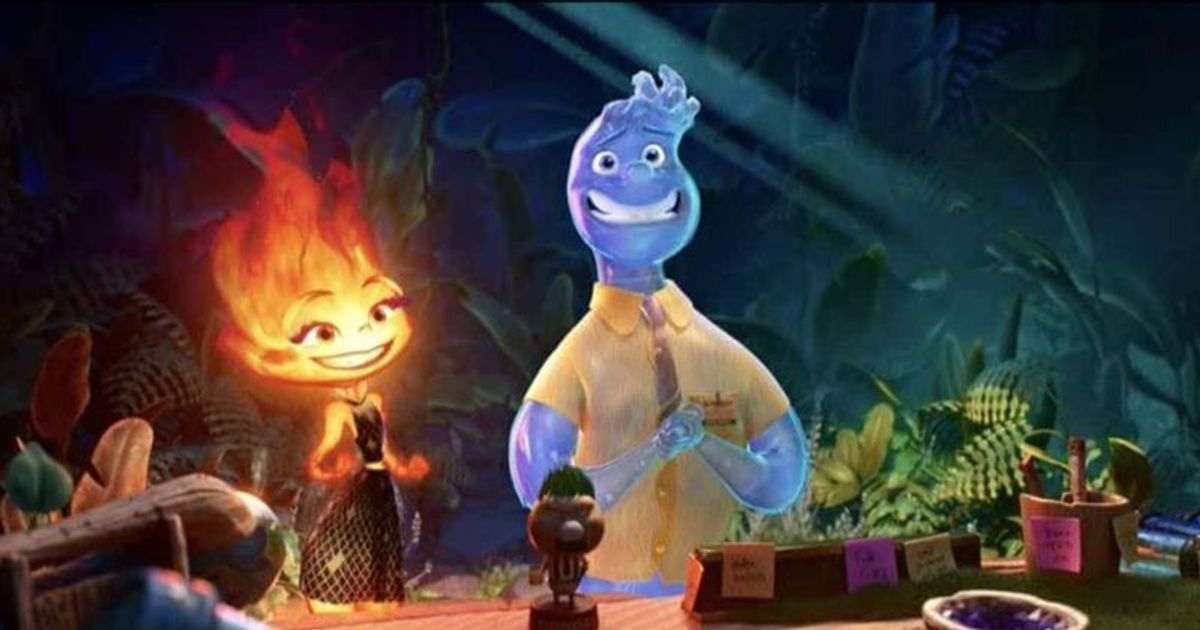 “Honestly, Elemental is the first Pixar I’ve been looking forward to since Toy Story 4, you should put more romance in your movies,” said one fan

LOS ANGELES, CALIFORNIA: Water. Earth. Fire. Air. Sounds a lot like Avatar: The Last Airbender? Surprisingly it isn’t. Long ago, after filming The Good Dinosaur in 2015, Pixar filmmaker Peter Sohn set out to weave a film with family and romance elements into the story. Avatar: The Last Airbender never swayed that vision, despite their shared concept of personifying the four core natural elements.

Still, Pixar and Avatar fans have been drawn to social media for Son’s new animated film, Elemental, since the first teaser trailer was released; it revealed a city where beings of water, earth, fire and air all live together. The trailer also features elements such as aquatic beings taking a bath, air people hanging from the ceiling, and land parents carrying their children around in clay pots. It ends with the two main characters, Ember and Wade – voiced by Leah Lewis and Mamoudou Athie respectively – clashing in the midst of chaos.

The official synopsis of the film reads: “Follow Ember and Wade in a city where people of fire, water, land and air live together.”

How was Pixar’s Soul filmed? Meet the brilliant cinematographer, production designer and animator behind the Disney+ film

Elemental, which was duly unveiled earlier this year, is Pixar’s only release slated for 2023. This follows a busy 2022, which saw the studio release both Turning Red and Lightyear. It will be helmed by The Good Dinosaur director Peter Sohn and is slated for release on June 16, 2023. However, the fans loved it and want more. One fan said: “That looks really cool. This is a trailer. I’m very interested in the world, the story, the absolute hottie Ember, the characters, everything,” while another added, “Elemental is the Pixar version of Disney Zootopia with Element City based on Zootopia & Ember & Wade’s relationship who’s like Nick & Judy!” One fan wrote, “@Pixar Honestly it’s the first Pixar since Toy Story 4 I’m excited for, you should bring more romance to your movies.” One fan tweeted, “Very happy they’re both making the switch,” while another added, “So basically, ‘What if the elements have feelings?’ I’m on board with this idea!”

It’s safe to say that fans are eagerly awaiting the film’s release, and who doesn’t love a sweet meetup? Disney and Pixar’s latest trailer for their upcoming animated film, Elemental, blew audiences away with some banging music and vibes to match. Disney and Pixar’s Elemental releases June 16, 2023, until then, watch the trailer below.