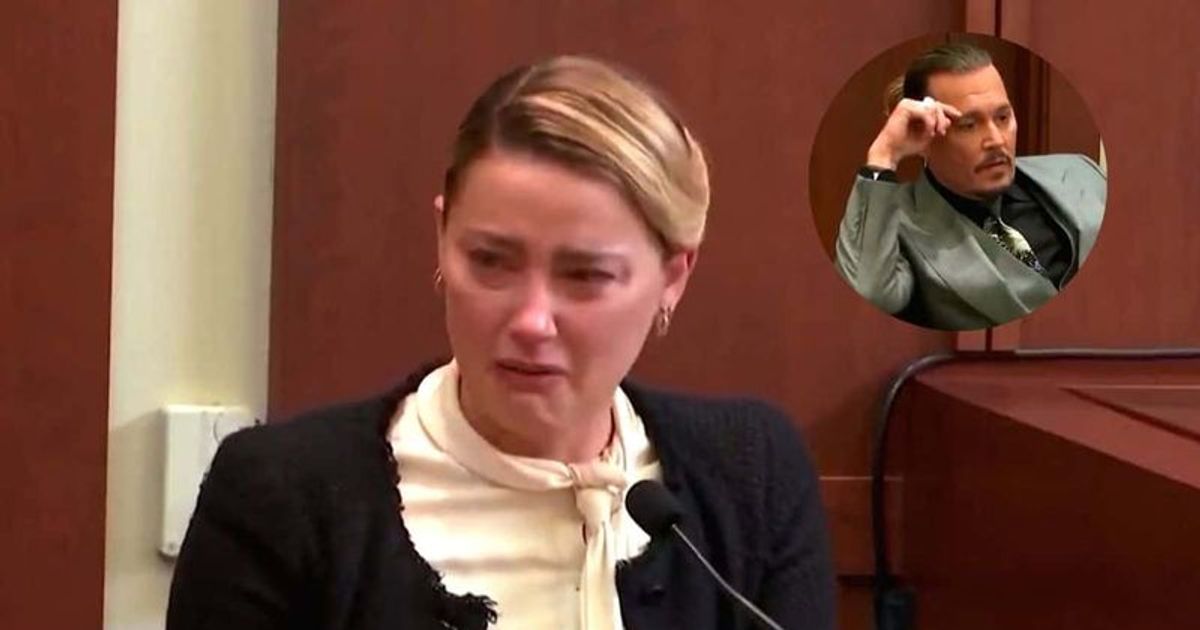 Warning: The article contains details of incidents of sexual and domestic abuse that may be triggers for some readers.

In a harrowing testimony in court, Amber Heard recalled how Johnny Depp allegedly inserted a liquor bottle into her during a fight, an incident she claims really scared her. Heard broke down in tears and said: “I didn’t know if the bottle he had in me was broken. I couldn’t feel it. I couldn’t feel anything.”

According to Heard, the incident happened in March 2015 while the then-married couple were in Australia. At that time, Depp was filming the fifth installment in the Pirates of the Caribbean film series. The two had a falling out over drinking and Depp reportedly began taunting Heard with a liquor bottle in hand. As she reached for it, the bottle fell to the ground and shattered. “That really upset him,” Heard said, recalling her landing on the floor. “I get up [and] He has a bottle in his hand. He threw it at me.” She says he cornered her in the bar area of ​​the house and started throwing bottles at her, breaking glass everywhere.

“I don’t know how much time has passed, but at one point he had a broken bottle on my face, neck area on my jaw, and he told me he was going to cut my face open,” Heard added. Depp reportedly began by ripping her nightgown while banging on the wall next to her head. “I was naked and I was sliding on this tile,” she told jurors. “He yells at me and says I ruined his life.” “‘I f-king hate you. You ruined my frigging life,'” yelled Depp while smashing a phone “into pieces,” Heard said.

She claims that during one of Depp’s alleged violent outbursts, he kept threatening to “fucking kill me” over and over again while penetrating her with the bottle, she says she was bleeding from her privates. In one of the most harrowing moments of the testimony, the actress struggled to keep her composure as she detailed, “The next thing I remember was leaning back on the bar and into the blue light stared. My back was on the counter. I thought he was going to hit me. I felt this pressure on my pubic bone and I could feel his arm moving. It looked like he was going to hit me. I could just feel that pressure. I can’t remember what I said. “I just remember being very still, not wanting to move. I remember looking around the room, looking at all the broken bottles and glass, and I remember not wanting to move because I didn’t know if it was broken, I did.” I don’t know if the bottle he had in me was broken. I couldn’t feel it, I didn’t feel pain, I felt nothing.”

“I just remember being in the bathroom. I remember the gagging, the sound my voice made. I lost control of my bladder.

“I look him in the eyes, I don’t see him anymore,” she continued. “It wasn’t him. It was black. I’ve never been so scared in my life. I tried to get through to Johnny but I couldn’t see him at all.” Heard then said, “I’m sorry,” seemingly unable to speak on the stand.

Heard’s attorney Elaine Bredehoft later asked her to clarify whether Depp pushed the bottle up to her pubic bone. “I can’t believe I have to do this,” Heard said, when her attorney replied, “I’m so sorry.” At the time, the two had only been married a month. Heard said that this was the horrifying incident that left Depp with a severed finger, Depp had previously claimed it happened when Heard threw a vodka bottle at him.

Heard was shown pictures from the mansion the couple rented Down Under, one of which showed two bottles of liquor. Heard told the jury she recognized one of them as having been used during the alleged assault. She said after the incident she took sleeping pills to get to sleep and woke up to find Depp injured. “I found out he’s missing a finger,” she said.

Heard said that Depp, who hadn’t slept that night, wrote so many messages, blood oozing from his severed finger, that “it seemed like he had run out of blood.” He wrote on the back of a pillow with blood .” She said, as well as on the mirrors, walls, and a lampshade. “It was covered in paint,” she said.

Heard ended her days of evidence by telling the jury about another case where her ex-husband threatened to murder her. She claims it happened on his island in the Bahamas at Christmas, when he threatened to murder her if she ever embarrassed him in front of his children again. The trial has been stayed until May 16, when Heard will return to the witness stand.

However, despite Heard’s chilling statement, social media seems unmoved. She was again accused of acting and fabricating her story. “Johnny just used the liquor bottle to stop Amber from shitting back in his bed!” wrote one user. “Amber Heard looked absolutely traumatized and distraught after being brutally ‘assaulted’ and ‘tortured’ with a liquor bottle by Johnny in Australia. JOHNNY DEPP WAS THE VICTIM of a violent, mean, cruel sociopath,” wrote another user, sharing a picture of Amber Heard looking cheerful.