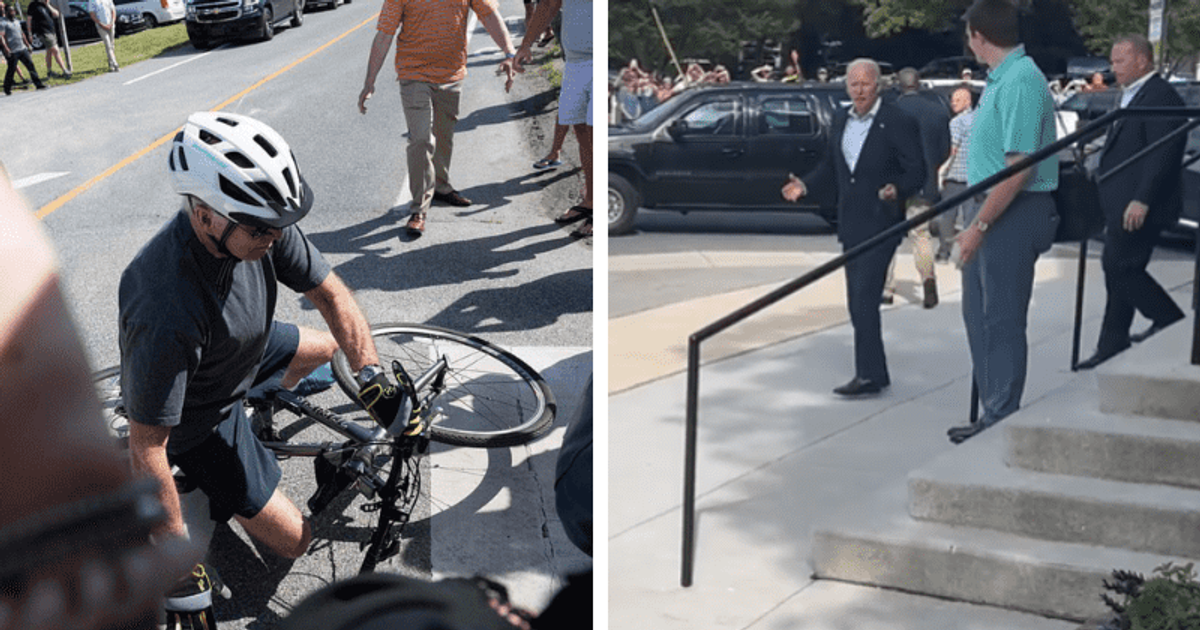 The White House had issued a statement claiming he was “fine,” and later President Biden responded with an odd dance move when asked how he was doing

The US President’s decision to cycle to a group of well-wishers on his morning ride backfired on June 18. It was a perfect opportunity to show his followers he was still fit at 79 as a crowd of fans and reporters waited by the bike path where he and first lady Jill finished their morning horseback ride, near their beach house in Delaware. But as he tried to dismount, Biden, wearing a helmet, tipped over and appeared to land on his right side before rolling onto his back.

After Secret Service officials helped Joe get back up, he told reporters in the crowd, “I’m fine. The President immediately rallied and spoke to the crowd, who had gathered to watch him ride his bike for a while.

The White House later issued a statement claiming he was “fine” and did not require any medical attention. Later on Saturday, President Biden was again spotted leaving the church. When asked how he was doing, he responded with an odd dance move.

Joe Biden and his wife Jill stayed at their home in Rehoboth Beach over the long weekend. They celebrated their 45th wedding anniversary on Friday. Jill married Joe in 1977 and made her stepchildren Beau, Hunter and Naomi, his three children from his first marriage. Another child Joe and Jill had together is Ashley Biden who was born in 1981.

Twitter users couldn’t help but comment on Biden’s “bike fall/fail” photos, which went viral online. One of them sneered, “That’s how his presidency goes…” while another user wrote, “I’ve always had a fear of shoe clips. Unless you’re in a fancy race, they’re the worst idea ever. “

Another user who objected to bikes with foot cages wrote, “I hate those little foot cage things on bikes needed to regain control of the bike?” In response to the foot cage issue, one user wrote, “It works not about keeping your foot on the pedal, but so you can lift your foot and pull the pedal up with the strap/cage. That way you create momentum with both feet.”

Biden was targeted for the “triple misstep” by numerous Republicans, conservative commentators and everyday social media users after the incident. Even former US President Donald Trump jumped at the chance, using Biden’s trip and fall as yet another opportunity to reinforce his assertion about the 2020 election. “I didn’t lose to him”.