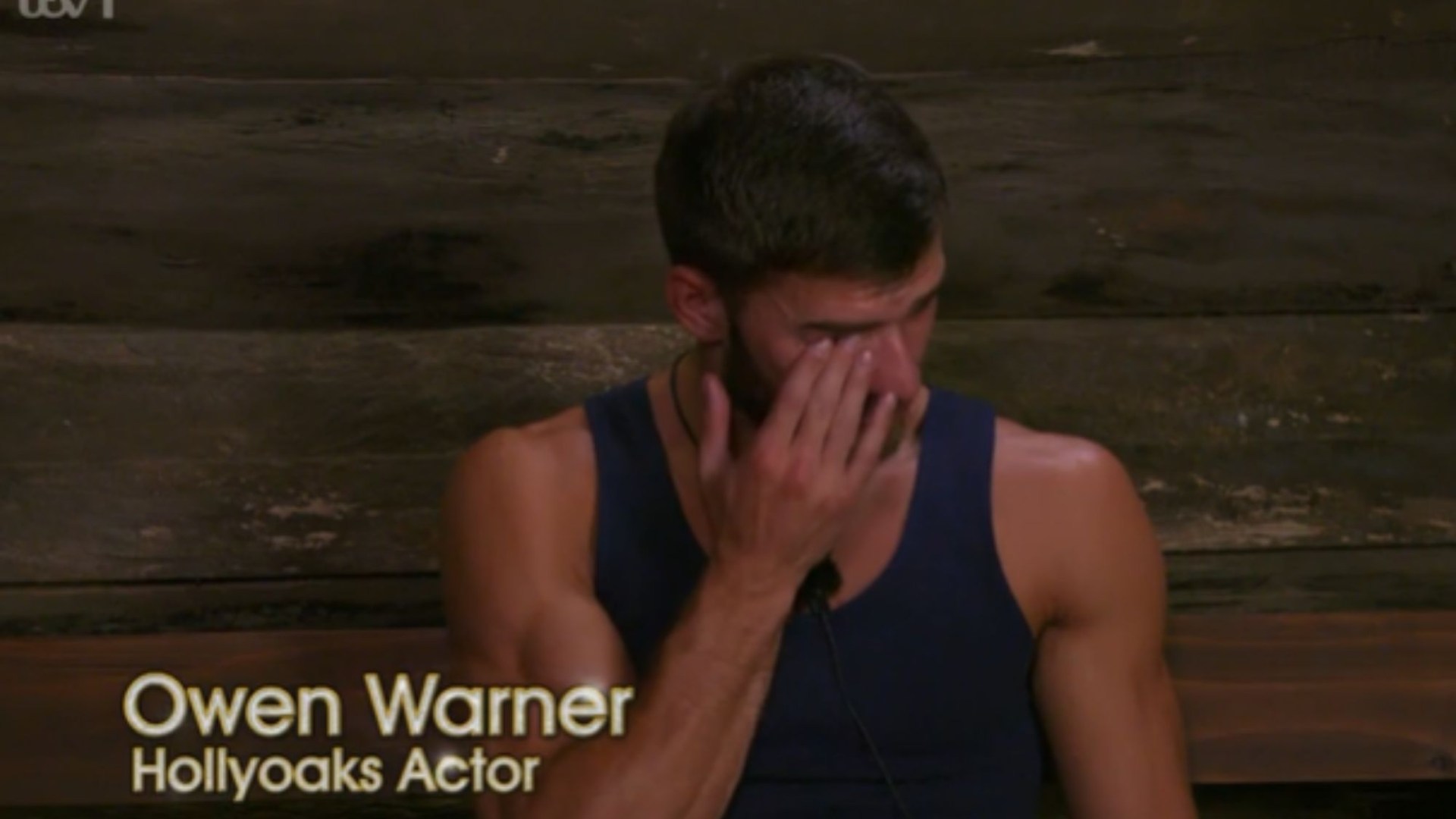 OWEN Warner was in tears after receiving an emotional letter about his dead relatives.

The Hollyoaks actor, 23, broke down when his roommate Scarlett read his letter.

It said: “Dear Owen, we can’t help but remember how we watched I’m A Celeb together so many years ago when you all hugged your legs and arms alongside mum to watch your favorite duo.

“Son, it fills us with sheer pride to observe you, your kindness, your consideration for others, and we know that those who are no longer with us will also look down with overwhelming pride.”

Listening from home proved to be too much for the actor as he sobbed in front of his housemates.

During Sunday’s episode, TV presenter Scarlette was eliminated and sent out of the jungle.

Scarlette was among the last two with her best pal in the jungle, Babatunde Aléshé.

The TV presenter was visibly shocked by her early departure – and promptly burst into tears.

“I’m not even going to lie about it. I know some people wanted to go, but I said, “I’m not ready to go yet.”

“These people are amazing and the jungle is amazing.”

Matt Hancock was also emotional when he was caught wiping away tears after being rescued by the public.