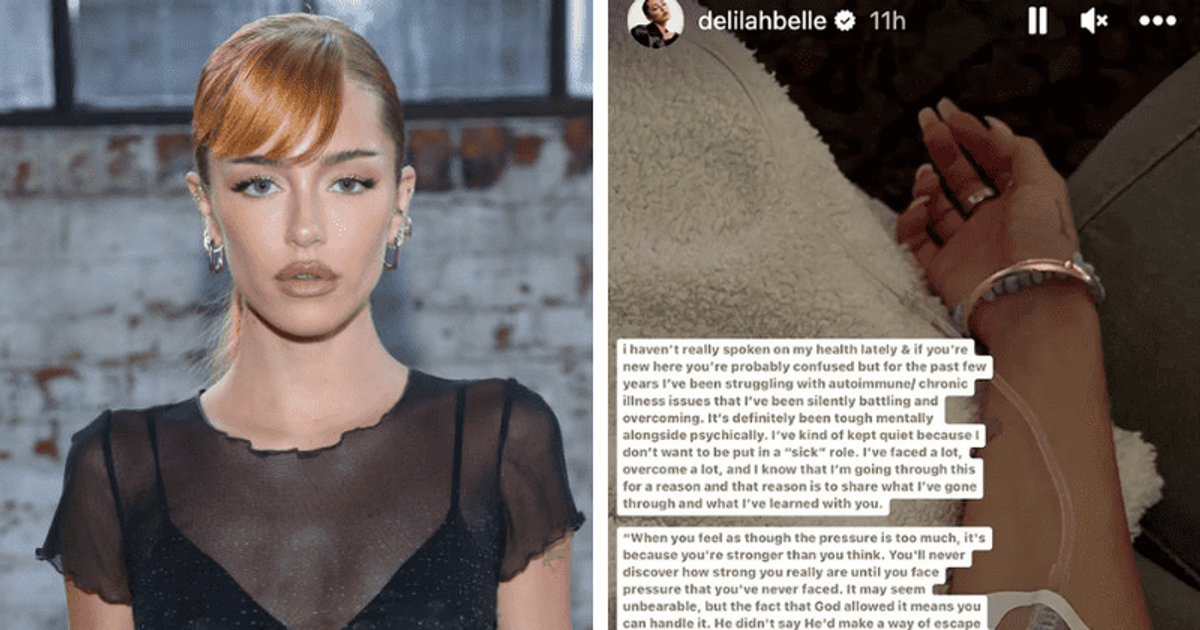 BEVERLY HILLS, CALIFORNIA: Delilah Belle Hamlin has settled all of this speculation and rumors surrounding her health and has finally opened up and spoken at length about her struggles. On Wednesday, January 25, the model revealed that she had battled autoimmune and chronic illnesses including Lyme disease, encephalitis, Epstein-Barr virus and pediatric autoimmune neuropsychiatric disorders associated with streptococcal infections (PANDAS). In her story, Hamlin shared a photo with an IV in her arm and wrote, “I haven’t really spoken out about my health lately and if you’re new here you’re probably confused, but over the past few years I’ve been struggling with autoimmune/chronic disease issues which I have quietly battled and overcome.”

The 24-year-old continued: “It was definitely tough both mentally and physically. I’ve kind of been silent because I don’t want to be cast in a ‘sick’ role. I’ve been through a lot, overcome a lot, and I know I’m going through this for a reason, and that reason is to share with you what I’ve been through and what I’ve learned.” Hamlin also sounded upbeat, sharing a quote from TV preacher Joel Osteen with, which read, “If you feel like the pressure is too much, it’s because you’re stronger than you think you are. You’ll never find out how strong you really are until you’re subjected to pressure, It’s something you’ve never been exposed to before. It may seem unbearable, but the fact that God allowed it means you can handle it.'” Hamlin thanked and then acknowledged the care she was being given by Dripp IV Therapy received in Los Angeles.

Previously, in November 2021, Hamlin shared that she suffered an accidental overdose after mixing a prescription drug called propranolol with Benadryl. In addition, the star also claims that she developed a Xanax addiction after her psychiatrist prescribed the antidepressant for her. “He overprescribed me a drug that one of my friends is taking about 10 milligrams and he gave me about 20 milligrams three times a day and then he gave me 3 milligrams of Xanax a day,” revealed RHOBH star Lisa Rinna’s daughter in one of her then Instagram Live, according to People.

“So my body became addicted to Xanax number one, and number two, I overdosed. I didn’t want it at all. I overdosed on this one drug called propranolol. I took Benadryl with it and for some reason I ended up in the hospital,” she added.