‘I don’t make music for white people’: Lizzo claims she creates songs for herself from her ‘black experience’ 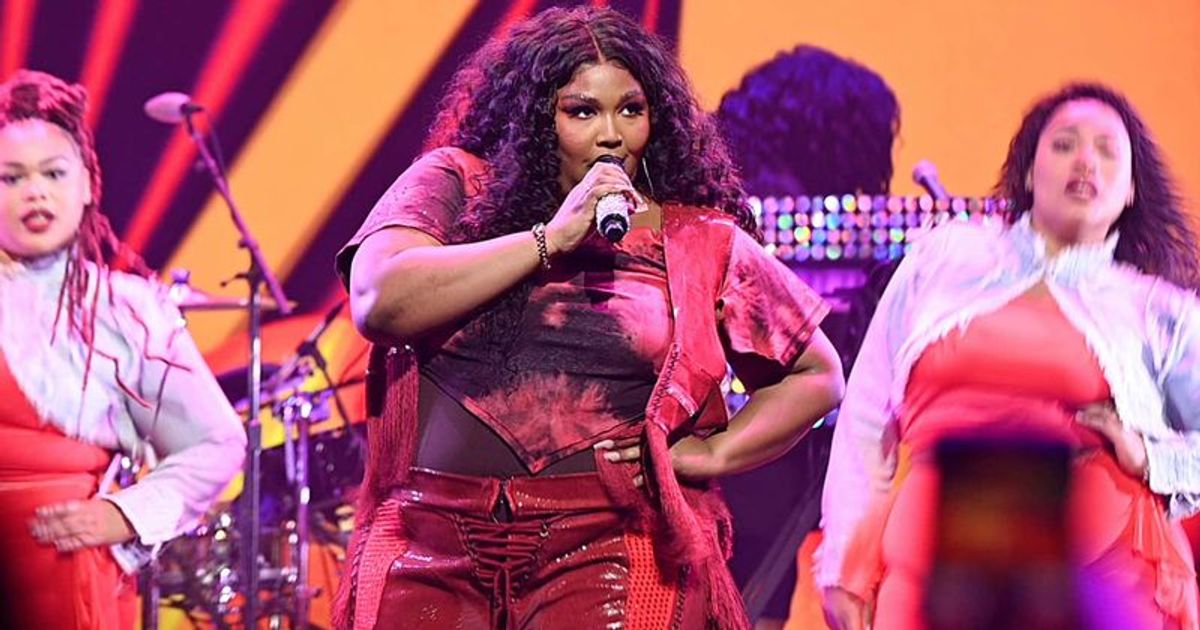 Lizzo said, “I don’t make music for white people. I’m a black woman, I make music from my black experience so I can heal myself.

DETROIT, MICHIGAN: Popular musician Lizzo, in her recent interaction with Vanity Fair, claimed that the criticism that bothers her the most is that she makes music for a white audience. She said, “That’s probably the biggest criticism I’ve received and it’s such a critical conversation when it comes to black artists.”

The artist, who recently clashed with Kanye West, also played James Madison’s 200-year-old Crystal Flute. She continued, “When black people see a lot of white people in the audience, they think, well, that’s not for me, that’s for them. The thing is, when a black artist reaches a certain level of popularity, it’s going to be a predominantly white audience.”

She went on to explain: “I was so scared watching [YouTube clips of gospel great] Sister Rosetta Tharpe who was an innovator of rock ‘n’ roll. She said, ‘I’m going to take gospel and shred guitar,’ and when they turned the camera, it was an all-white audience.” She continued, “Tina Turner when she was playing arenas — white audience. It’s happened to so many black artists: Diana Ross, Whitney, Beyoncé. … rap artists now, that audience is mostly white.”

She later claimed, “I don’t make music for white people. I’m a black woman, I make music from my black experience so I can heal myself [from] the experience we call life. If I can help other people, damn yes.” However, she also added: “Because we are the most marginalized and neglected people in this country. We need self-love and self-love anthems more than anyone.”

The artist continued, “So am I right there making music for this girl who looks like me who grew up in a city where she was underappreciated and teased and made to feel ugly? Yes. It blows my mind when people say I don’t make music from a black perspective – as a black artist, how could I not do that?”

During the interaction, she also clapped back at her critics, saying criticism in the online world bothered her until she came into the “real world” and connected with black women, who told her their music inspired them. The artist added, “She’s really good and her music is good, believe her.” That’s where I’m moving to now and it’s a beautiful place to be and I finally feel like I can relax and have a cocktail.”

Meanwhile, Lizzo played the 200-year-old flute of James Madison, America’s fourth president, dubbed the “father of the Constitution.” His flute, also known as the “Madison Flute,” was played during a concert held on Tuesday, September 27 at the Library’s Great Hall in Washington DC. She was also in the news when it came to a feud with Kanye West. Kanye called it the “genocide of the black race”. In a Fox interview with Tucker Carlson, he also claimed that whenever Lizzo posts about dieting on social media, “bots” and “media” attack her to spread the idea that obesity is “the new target” reported Daily Mail.

He said: “If Lizzo loses 10 pounds and announces it, the bots … attack her because she’s lost weight. Because the media wants to give the impression that obesity is the new goal, when in fact it is unhealthy. Putting that aside, whether it’s fashion or vogue, which it’s not, or whether someone finds it attractive, to each their own. It’s actually clinically unhealthy. And for people who encourage it, it’s demonic. When asked why he thinks this is a trend, Kanye West replied, “It’s genocide of the black race,” to which through her Toronto performance she gracefully replied, “I mind my fat black beautiful affairs. The audience cheered and applauded as Lizzo spoke for himself without specifically mentioning Kanye.

Mike Nesmith Shares His Ultimate Musical Heartbreak: ‘I Was In Limbo’ After Quitting The Monkees

Mike Nesmith Shares His Ultimate Musical Heartbreak: ‘I Was In Limbo’ After Quitting The Monkees