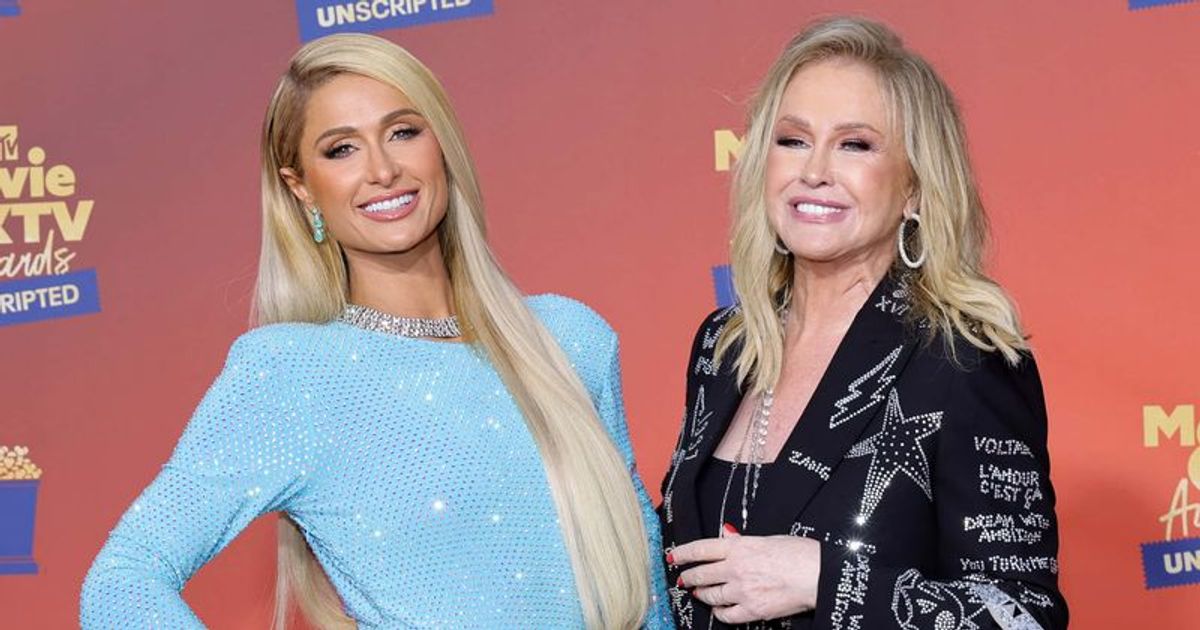 MALIBU, CALIFORNIA: Paris Hilton has denied her mother’s claims that she appeared to have struggled to conceive months before the birth of her first child with husband Carter Reum. The 41-year-old socialite announced on Tuesday January 24 that she and her husband, also 41, who is an author, have welcomed a child via surrogate.

Paris uploaded a photo to Instagram showing her manicured fingers around her newborn’s tiny hand. The announcement came two months after she refuted claims from her mother, Kathy Hilton, that they were struggling to conceive a baby together.

“Never Was a Fight”

In an interview with E! News In November, 63-year-old Kathy opened up about her daughter’s apparent struggle to conceive. She said it “broke her heart” that Paris had yet to fulfill her dream of becoming a mother. “It breaks my heart because I know she’s trying and trying, and I’m always like, ‘Just relax.’ So many people are fighting and it doesn’t just happen,” she said at the time. “They are so happy,” she added of the couple. “They had their one year anniversary in the carnival and they want to do that every year. They were like two kids, it was really cute.”

Paris announced in January last year that she would like to have “probably two or three” children with Carter. Speaking to E! News Daily Pop, the reality star said she can’t wait to become a mom. “It’s definitely one of my top priorities,” she gushed. The ‘Nine Lives’ actress also said she would “first want twins – or I don’t know, it’s hard to say.” She continued, “Like I always wish I had an older brother because I feel like they would protect me and things like that if I did it… at school. So maybe a boy first.”

What’s more, back in January 2021, before Carter even proposed to her, the TV personality revealed that she had started the in vitro fertilization process with him. “We did IVF so I can choose twins if I want to,” she revealed during an appearance on the Trend Reporter With Mara podcast. “I have already undergone egg retrieval. It was tough, but I knew it would be worth it. I’ve done it a few times.” She said they already “planned our babies’ names and all that,” adding, “Just doing it together and having a partner who’s just so supportive and always gives me that.” feels like a princess all the time…it wasn’t that bad.”

Paris and Carter exchanged holy vows in a lavish ceremony at their late grandfather’s Bel Air estate last November. To mark their one-year anniversary on Friday, January 20, she shared a sweet message on Instagram. “The past year with you as husband and wife has been a magical whirlwind,” she wrote. “No matter how far we travel and no matter where in the world we are, as long as we are together, I am at your home. I deeply cherish all of our adventures and memories and look forward to a lifetime more from you. Thank you for all the love, happiness and endless laughter. You are my rock and I am so thankful to call you mine.” Paris added, “Carter, as my life partner, number one hype man and best friend, I love you so incredibly much. Cheers to being your wife for ever To be alive and to our one year anniversary together. My 11:11 wish finally came true with you.”