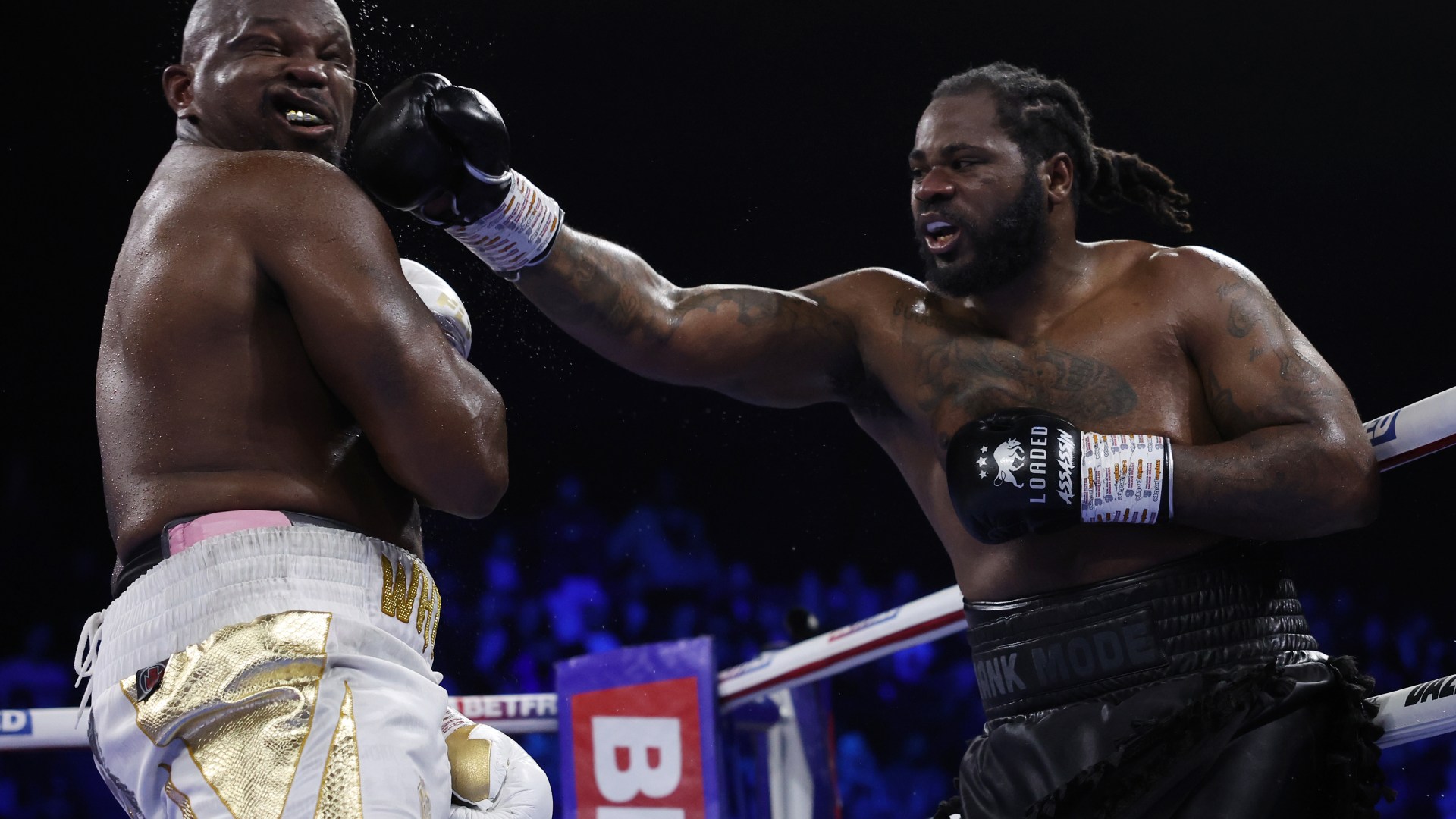 JERMAINE FRANKLIN fumed he deserves another shot at Dillian Whyte after he was ‘robbed’ of a win.

The American was on the wrong end of a controversial majority decision verdict at Wembley Arena.

Franklin made his feelings known after the fight, adamant that he deserved to go home with an upset victory.

“I felt like I had won earlier rounds. I just felt like I was being robbed in the decision. I had a seven week camp, I did what I could.

“A lot of people look and judge, but they don’t have the heart to intervene and fight here.”

Whyte, 34, had the right to exercise a rematch clause if he lost but Franklin, 29, was not afforded such a luxury.

But the beaten contender feels he is owed a second fight and Whyte knows it too.

Franklin said: “He knows he didn’t win the fight, that’s how I feel.

“I know deep down he knows he didn’t pull through with that win so honestly I feel like I deserve another chance.”