‘I could still do those fight scenes’: Brigitte Nielsen, 59, looks INCREDIBLE 37 years after ‘Red Sonja’ 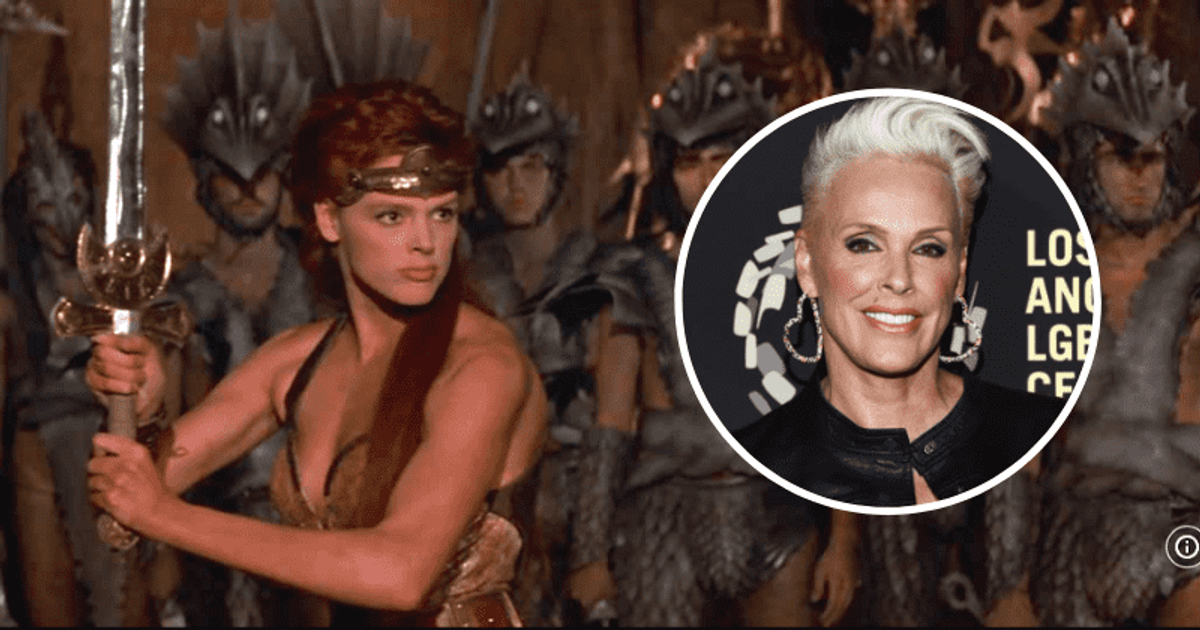 The performer explained how she can still wield a sword when needed, even after welcoming a fifth child at the age of 54

The stunning actress has maintained her flawless complexion and youth for nearly four decades, having given up her fledgling modeling career to enter the male-dominated world of ’80s action movies. With no prior acting experience, Nielsen was cast alongside the charismatic Arnold Schwarzenegger in Red Sonja, which is now getting a 4K restoration re-release. The actress, now 59, has revealed how she could still wield a sword if needed, even after welcoming a fifth child at the age of 54.

Brigitte Nielsen has shared a glimpse of the secret to her age-defying beauty and fitness while reflecting on her iconic role as the leading lady in 1985’s ‘Red Sonja’ after its long-delayed reboot.

“I took good care of myself and it shows,” the Danish star told the Daily Mail. “I could still do those fight scenes now.” Sylvester Stallone’s ex confessed to the newspaper that she would like to be involved in the reboot of the film. “Maybe I can be Red Sonja’s mother!” she added laughing. “Teach her how to come up with a sword, how to win a fight.”

Nielsen said she has every intention of maintaining her stamina, especially for her family and career. “I’ll stay fit I think as long as I’m a part of this planet. You have to understand that as you get older you will not be as fast. But I’m a healthy, fit woman and I like to stay that way,” she continued. “Since my daughter was born a few years ago, I’ve retired from acting and producing for a bit. So I’ve made my life with Red Sonja started, now I have a little daughter and now it will be my job to produce an all-female action movie, which is very exciting.”

Nielsen welcomed her daughter Frida, 4, with her husband Mattia Dessi, 43, in 2018 after a decade of failed IVF attempts. She has four other children from previous relationships, namely Julian Winding, 38, Killian Marcus Nielsen, 32, Aaron Nielsen, 29, and Raoul Ayrton Meyer Jr, 27. when it comes to staying in shape.

“Well I want to be good to women and not everyone is born in a 6 foot body,” she explained. “I don’t tend to gain weight after having five children, and I’m actually genetically lucky because of my birth. However, as a woman, you have to take good care of yourself. If you want to have a healthy, strong, good-looking body, you have to work at it.” She added, “A lot of people think it’s all about the workout, it’s not. The main focus is on the diet. what you put into your body – because not everyone has the time to go to the gym and most people don’t want to go!So what you eat is very important and keep small portions and eat often but little. It’s like everything in life – keep things balanced.”

THE YOUNG AND THE RESTLESS: Video of Prince William and Kate Middleton celebrating before the wedding goes viral

Gender Fluidity, Nonbinary Characters, and Hardly Any Sex and Nudity: GoT Fans Get Ready for the Woke House of the Dragon

After Red Sonja, Nielsen starred alongside her future husband Stallone in the action films Rocky IV and Cobra. The couple were mostly married from 1985 to 1987, and while she returned to the Rocky franchise in 2018’s Creed II, she didn’t share any scenes with her ex-husband. The first-ever 4K UHD recreation of “RED SONJA” is now available, the Daily Mail reported.