‘I can’t wait to fall in love’: Wendy Williams, 58, is rocking a sparkling jumpsuit and is ‘new man’ ready after rehab. 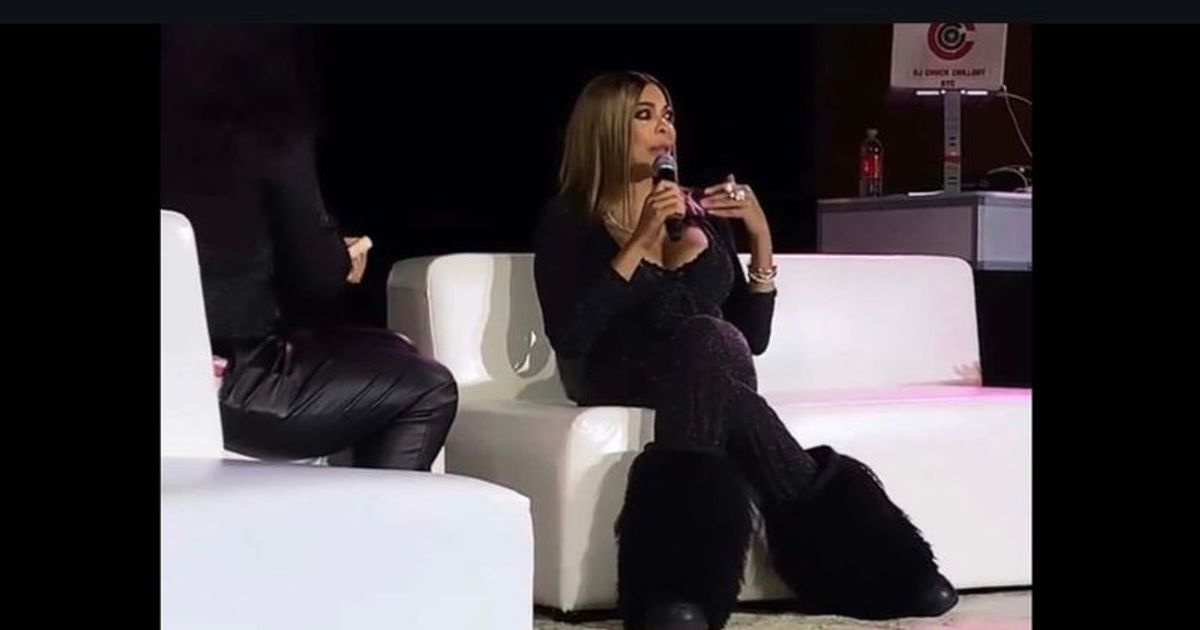 The talk show host shone in a low-cut greyish jumpsuit with iridescent accents paired with a pair of tall, fluffy black boots to stay warm in the chilly autumn weather

NEW YORK CITY, NEW YORK: Wendy Williams, trying to see the bright side of life, had her first live interview since her recent stint in rehab. She was at an event hosted by the 107.5 Circle of Sisters in New York on Monday, November 21, when she revealed that she is more than ready for love. The 58-year-old TV star, who appeared energetic and in high spirits about her comeback, said she can’t wait to meet a new man. The gifted broadcaster reportedly checked into a treatment center in September this year after an alcohol-related “relapse” that ultimately left the celebrity with health issues.

The celebrity was radiant and in good health as she took to the stage at her former radio station’s annual Circle of Sisters event in New York City, which commemorates “20 years as the original black women’s empowerment exhibition,” according to the official website. Wendy shone in a sparkling greyish jumpsuit with a strap made of the same material with some iridescent accents. The talk show host also wore her big, fluffy black boots to stay warm in the chilly autumn weather.

Wendy enthusiastically interacted with the crowd in the short videos uploaded to the radio station’s official Instagram page, capturing notable moments. “I can’t wait to fall in love,” Wendy told the crowd as she opened the interview under the twinkling lights of the set. The celebrity clarified what she was looking for in a partner, while also explaining that she doesn’t really “want to get married.” Wendy explained to the audience and interviewer JusNik, “I want him to have kids already. I want him to be somewhere my age, maybe 10 years younger than me, maybe 15 years older than me, you know what I mean. She added, “Then we’ll be able to do things together as we want — suddenly flying out of New York City when we want to fly to France to be there for two days to have something to eat or what.” anyway.” reported by the Daily Mail.

Bertrand Girigorie was Wendy’s first husband; they were married in 1994; However, their divorce was granted the following year, 1995. She married Kevin Hunter in 1999 – they have a 22-year-old son together. Twenty years later, in 2019, the couple finalized their divorce after giving birth to a daughter with his lover, Sharina Hudson. The videos on Instagram drew a lot of attention from Wendy’s fans. One user commented, “Wendy girls I wish you all the best and I’ll tell you never look like this when you least expect it, your Prince Charming will come 💋💋💋” Another user commented, “I pray just that he would love you as much ❤️” Another user wrote, “Hope she gets what her heart desires. Her husband really hurt her on that.” One happy fan wrote, “She looks amazing and healthy 😍. Glad to see her!” Another user said, “She looks so much better, happy to see her see❤️”