‘I can’t see that Charles over there’: Internet wants Steve Irwin’s picture printed on Australian currency instead of New King 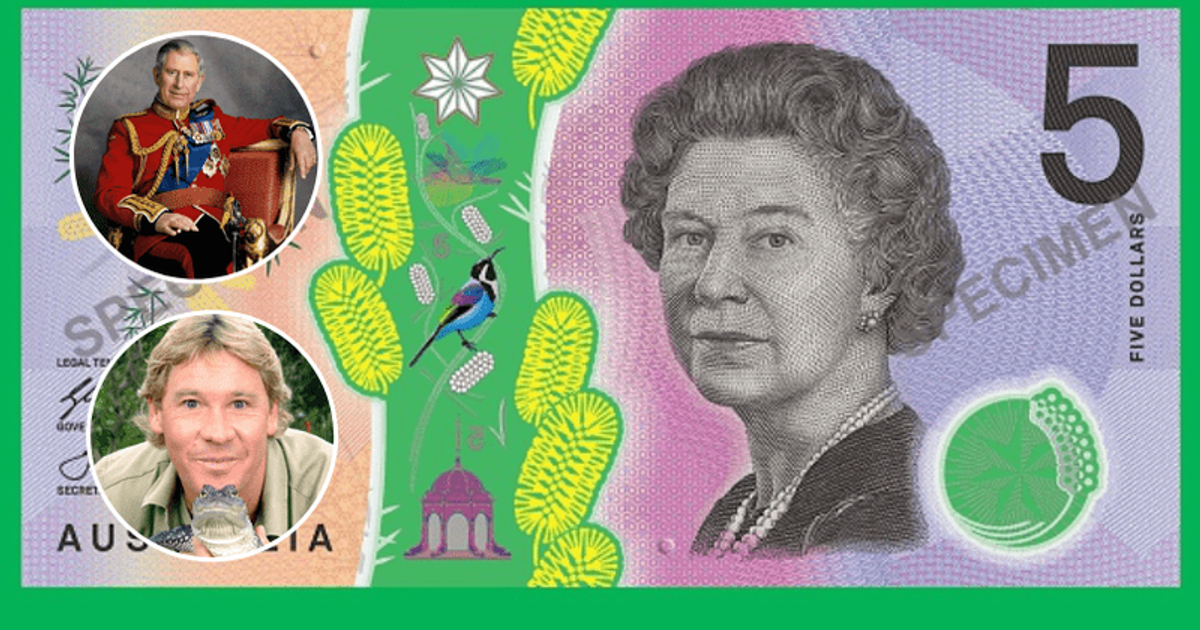 “Steve Irwin deserves our highest form of currency. The value of the $5 bill will explode if we put it on this note,” one social media user tweeted

CANBERRA, AUSTRALIA: Some Australians are calling for a sea change as they want their late national icon Steve Irwin to be embossed on the $5 note instead of King Charles, the new monarch of the United Kingdom and head of the Commonwealth after death Queen Elizabeth II. The Queen died at the age of 96, prompting national mourning, and the Commonwealth countries also paid their respects, honoring Britain’s longest-serving monarch.

The Queen’s death after 70 years on the throne will bring some significant changes to Australia, including the introduction of new notes and coins bearing the new King’s face. However, some Australian nationalists took to Twitter and other social media platforms, demanding that famous Australian figures should be printed on their currencies when the printing press gets going.

“Time to replace Queen Elizabeth’s face with Steve Irwin or Heath Ledger for cash I think,” one Australian user tweeted. Another said: “Can we get a petition to put Steve Irwin’s face on money instead of the Queen leaving? We all want that.”

“Steve Irwin deserves our highest form of currency. The value of the $5 bill will explode if we put it on this note,” added another.

Others have come up with innovative alternative ideas to print on Australian currency, which ranges from native animals to fictional characters to classic foods.

In a post on Reddit titled “RIP Queen Betty,” a man asked other Aussies for nominations to replace the Queen on the $5 bill, prompting a flurry of suggestions. “Okay… now to the important s***,” he said. “Who do we want to invest all our money in? Because I can’t see that Charles over there. Maybe Steve Irwin or Russell Coight? Drop us some ideas,” he added.

One person suggested the idea of ​​using the famous Australian sitcom characters Kath & Kim, while a social media user championed Neighbors alumnus Alf Stewart. Another said it should be captioned an ibis, a native bird known as “garbage chickens.” “I just want to see our nation’s proudest bird on our coins. The Bin Chicken,” one person wrote.

Steve Irwin, also known as Crocodile Hunter, died in September 2006 after being hit in the chest by a stingray. “Considering Straya’s cultural history of getting the p*** out of herself, I totally support putting trash chickens on coins,” replied another.

However, Australia’s central bank has announced that there will be “no immediate change to Australian banknotes”. The Reserve Bank of Australia has also confirmed that King Charles is likely to appear on a new $5 note. “Traditionally, the reigning monarch appears on the lowest denomination of the Australian banknote,” the bank said.