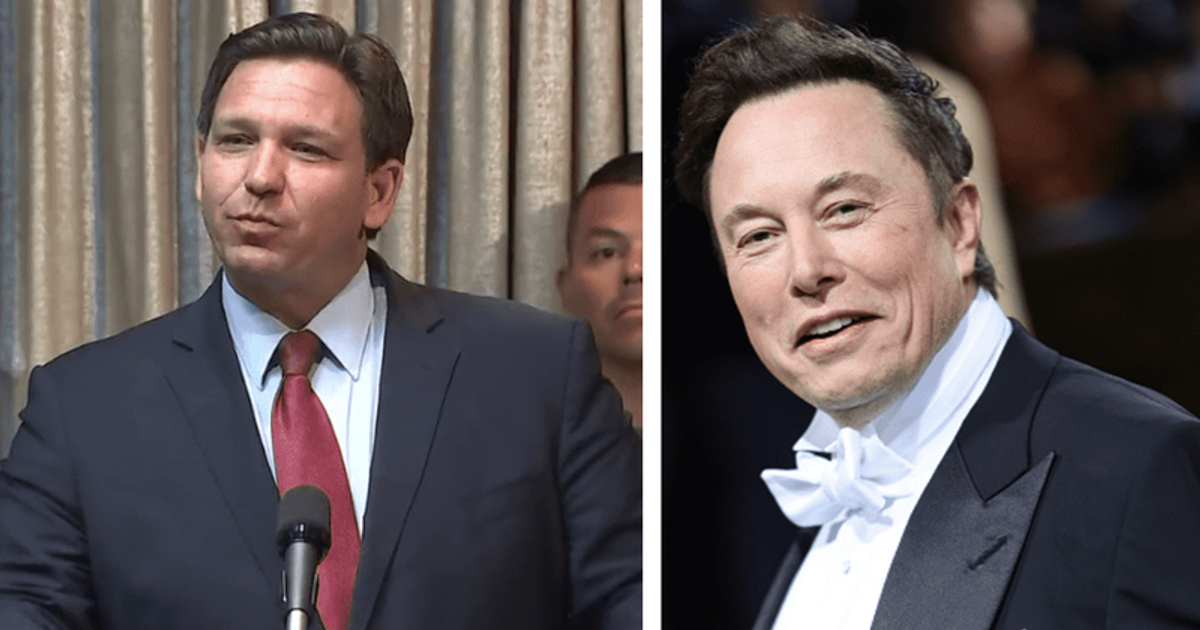 The liberal mainstream media slammed Florida Gov. Ron DeSantis after he made a joke while responding to Elon Musk’s support for him as a presidential nominee in 2024. Musk announced Wednesday, June 15, that he voted for a Republican for the first time ever in the recent Texas election. He also mentioned that he tends to support DeSantis as a presidential nominee in 2024. “I voted for Mayra Flores – the first time I’ve voted Republican. Massive red wave in 2022,” he wrote on Twitter.

Speaking of Musk’s support, DeSantis, a Republican, said at a press conference in Madeira Beach, Florida, “But with Elon Musk, I would say I welcome the support of African Americans. What can I say?”, referring to Musk Who is white but born in South Africa. Conservatives in Congress often accuse Twitter of being left-leaning, particularly after the company suspended former President Donald Trump’s account for instigating the Jan. 6, 2021 attack on the Capitol. However, Musk has promised that the social media giant will promote free speech under his watch.

Liberal mainstream media pundits disagreed with DeSantis’ comment, suggesting the joke stemmed from racism. “Having said that @GovRonDeSantis is a humorless, overtly fascist version of Trump. Here he shows the earlier quality in that for him ‘humor’ means taunting black Americans with his own idiotic and insulting version of the replacement theory. Black Floridians beware,” MSNBC host Joy Reid tweeted.

ABC contributor Yvette Simpson tweeted, “And we figured we couldn’t do any worse than Donald Trump. They say the ‘racist part’ out loud and laugh about it. No more white sheets – everything is open now.”

One user wrote: “African Americans literally mean Black Americans by Africans, not white people from Africa. But good try at being relevant!”

“If you ask a class to design an asshole, could they possibly do a worse job than DeathSantis?” wrote another.

“Racism isn’t cool or funny,” another chimed in.

“Elon Musk is white South African, not African American. Republicans just love to take every chance they get to further vilify black people. Ron DeSantis is a f***ing racist,” offered another.

CNN legal analyst Norm Eisen tweeted, “I understand the ugliness of what he’s doing here because I’m a minority too. We’re not punch lines and we’re not black Americans. Jokes about skin color and physical characteristics have no place. That is sick.”

While many sided with DeSantis, there were some who seemed to support him. “He’s done a really great job getting FL through the pandemic. I think the graduation certificate ranked FL 6th. FL’s education rank is 3rd, economy 6th, so not bad,” wrote one user.

Another claimed: “Compare Florida’s economy to any other major state. Her kids were away from school and played video games for two years.”

A third said: “We love what he is doing for Florida and what he can do for the US. The Democrats screw everything up.”

When Musk said last month that he would vote Republican in the next election, Florida Democratic Party spokesman Travis Reuther accused DeSantis of “putting his selling point on every foreign billionaire he can find.” According to the Sarasota Herald-Tribune, DeSantis’ run for governor has garnered the support of 42 billionaires. “It’s not surprising that another ultra-rich billionaire is backing Ron DeSantis,” Reuther said, “because that’s what DeSantis is working for.”