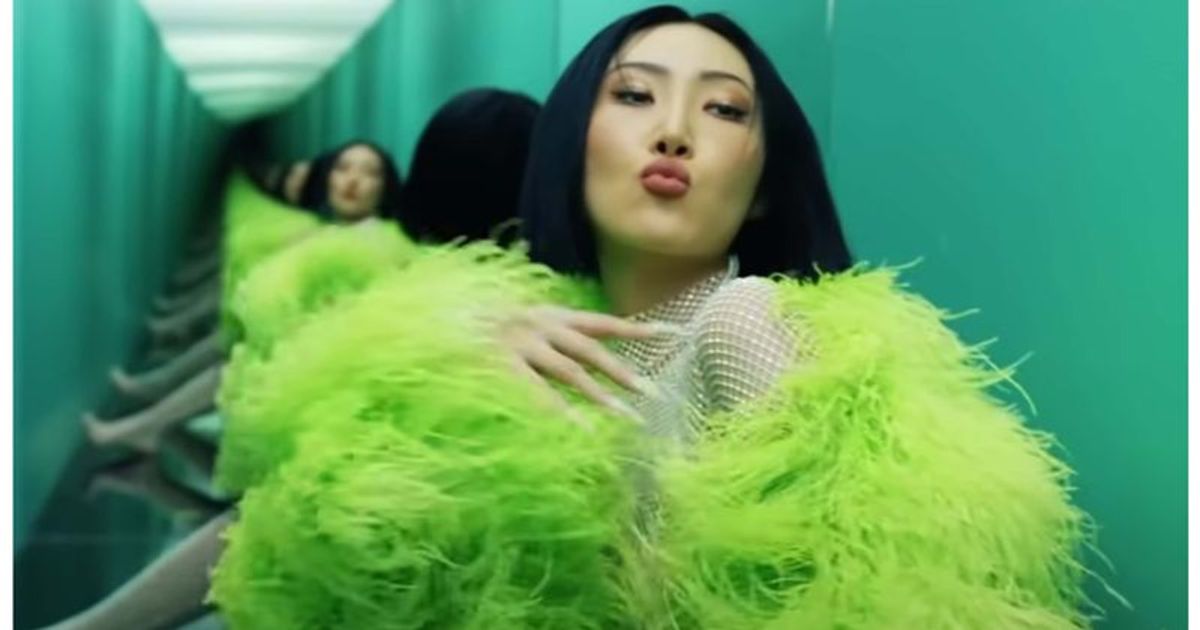 Mamamoos Hwasa is making a comeback with their second solo release, a single album entitled “Guilty Pleasure”, which was released in November 2021

Mamamoos Hwasa, also known as Ahn Hye-jin or Maria, the pop singer known for her uncompromising style that makes the world swoon, returns to offer even more to fans.
As a group of four, Mamamoo celebrated seven years in the music industry last month, with members of the group celebrating the occasion in an online concert with fans from all over the world.

After rumors of dissolution and the fear that Wheein will leave the group due to her resignation from another label, Moomoo’s (Mamamoo fandom) have had a very tough year. Hwasa, the face and Maknae of the group, decided to make a hasty comeback with their second solo release. Hwasa began her solo career in 2019 when she released her digital single titled “Twit”, which became an overnight hit and peaked in the Korean and US world charts alongside the New Zealand Hot Songs chart.

After the single was released, Hwasa fans wanted something bigger from the performance queen. Hwasa has worked with other artists like Moonbyul and Wheein from Mamamoo, Esna, Loco, Kim Hyunchul, Woogie, Kinda Blue and more, but her standout solo performance outside of the group remains her 2020 hit single “María” which is the title track her first mini-album ‘Maria’ (stylized as María). Hwasa fans know that Maria is her English name and Hwasa has decided to give fans a personal album as their first major solo release.

Hwasa released the album “Maria” in June 2020 with a total of seven tracks, while “Twit”, their 2019 release, was also part of this release and served as a b-side track that Hwasa promoted at various music shows. Both the title track “Maria” and her b-side track “Twit” were part of many year-end lists such as Billboard, Refinery29 and Rolling Stone India, which were released in both 2020 and 2019. Their solo album was very successful.

To give fans a taste of the same Hwasa music feel, she’s celebrating a comeback with her second official solo release in the form of a three-track single album that is sure to blow the internet.

The single album ‘Guilty Pleasure’ by Mamamoo’s Hwasa is released on all major music streaming platforms such as Spotify, Apple Music, MelOn and others.

With the song ‘I’m a 빛’ as the title track, Hwasa is ready to give fans a taste of her unfiltered emotions. The Korean word “빛” literally means light, but is pronounced as “Bich” when reading aloud. With a double meaning attached to the song, Hwasa is ready to tell fans that “I’m a Light” is their savior, while haters get an “I’m b * tch” from the award-winning singer.

So listen to it

In two moving teasers released in the past few days, Hwasa reveals the vibe and feel of her unfiltered album. Hwasa seemed soft and pliable when she appeared to be underwater, sitting in a pool that she had left out on her last release ‘Maria’. This album progresses from her last as she leaves the presence of the water and picks up a knock on her door.

In another teaser clip released as a visual film for Hwasa’s “Guilty Pleasure,” she wore a green faux fur coat and a shimmering bodysuit. The 17-second trailer featured Hwasa sitting at a row of mirrors showing multiple reflections of the idol as she moved in her own way.

Check out the teasers below.