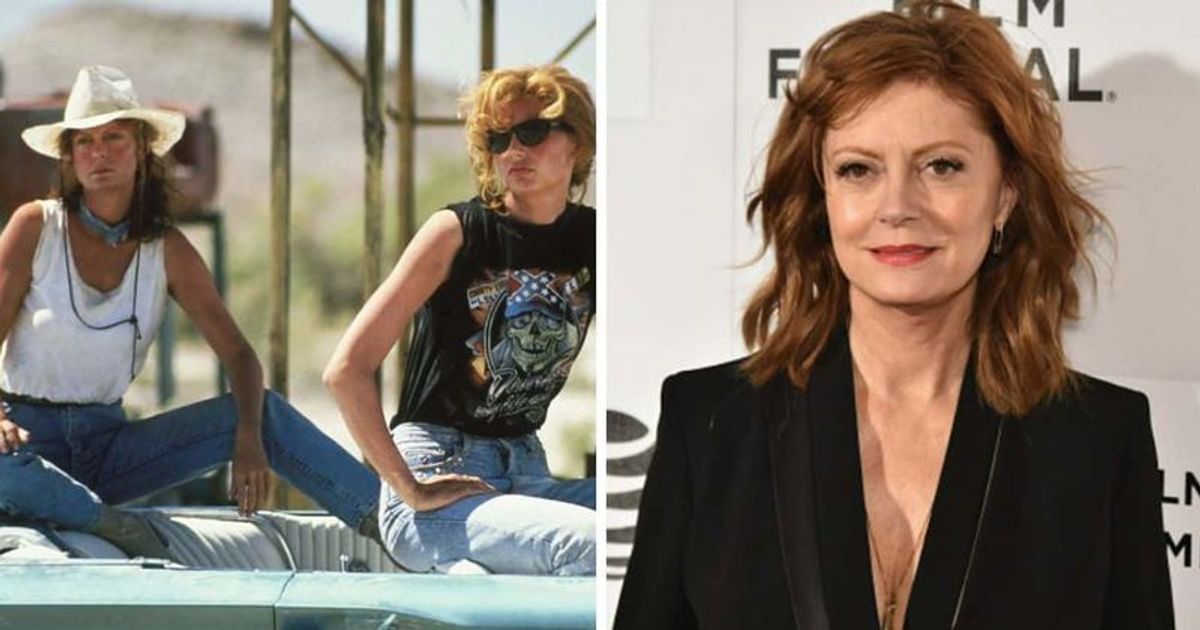 The now 75-year-old made some last-minute changes that “sealed the mortal fate of both characters, as only Louise was to die in the end.”

STAMFORD, VERMONT: Directed by Ridley Scott and written by Callie Khouri, Thelma & Louise (1991) is now considered one of the best buddy movies of all time. The influential feminist comedy starred Susan Sarandon as Louise and Geena Davis as Thelma. The road trip classic, which was filmed almost entirely in the states of California and Utah, would have had a completely different ending without Susan Sarandon. The now 75-year-old made some last-minute changes to the script that “sealed the mortal fate of both characters, as only Louise was to die in the end,” revealed Sarandon.

“[Ridley Scott] said, “Well, you’re definitely going to die, but I’m not sure about the other character. Uh, you can push her out of the car,” Sarandon told Vanity Fair at the end of filming, the one take we had, we deserved this moment to be together.”

At the Grand Canyon, the New York-born actress had another brilliant idea for the film’s memorable final scene. “I said to Ridley, ‘I want to cut a lot of this dialogue off, and by then we’ll finish each other’s sentences, and I want to kiss her.’ And he said, ‘Great.'” She continued, “After I got involved in the project because ‘Ridley Scott asked me to do it,’ the question was whether I would play Thelma or Louise. [He] Art said, ‘What role would you like to play?'” Sarandon said.

“And I had a lot of questions because I said to him, ‘I don’t want to do a revenge film, I don’t think that’s the point.’ And so I changed a few things in terms of the way it was played,” she concluded.

Sarandon credits Scott with making the film “the iconic, larger-than-life story,” which earned both her and Davis Academy Award nominations for Best Actress. She said he lifted Thelma & Louise out of a tiny little film by using the two female outlaws in John Wayne’s setting.”

“[The] Funny thing was we found out during filming that we were just a voiceover and it was all these great shots of everything,” Sarandon said. “Because that’s what we did every morning, every sunset – we shot exteriors with Ridley, with his boys, all shirtless with their shirts on their heads and smoking cigars. And Geena and I were like, ‘I’m sure we’re not even going to be in this movie.'”