How the new “Star Wars” borrows from the classic “Star Trek”. 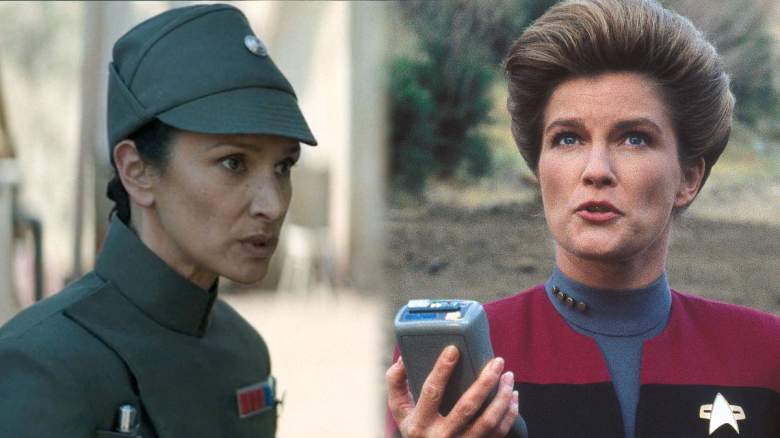 Despite what you may have read, there was no rivalry between the creators of “star trek‘ and ‘Star Wars’. Indeed, to quote a Klingon from “Star Trek VI: The Undiscovered Country‘ the late Gene Roddenberry and George Lucas had only ‘sincere admiration” for each other.

As Lucas Rod Roddenberry (Gene’s son) said in the 2011 documentary: “Trek nation‘, he was a fan of ‘Star Trek’. Lucas attended Star Trek conventions in the 1970s and admired many aspects of Roddenberry’s creation.

“I started writing ‘Star Wars’ in pretty much the heyday of the syndication portion of ‘Star Trek,'” Lucas said. “I think what drew me most to ‘Star Trek’ was that it completely got rid of the whole mundane, boring angle of real space and said, ‘Let’s go where no one else has dared. ‘”

“I mean, it’s up to the artist to present things in an exciting and inspiring way,” Lucas said. “‘Star Trek’ and ‘Star Wars’ are not reality shows. They are introduction shows. The story is what really makes it work, and at the beginning of Star Trek, that was all there was… a story. And that made it compelling.”

The Venn diagram of fans of both franchises certainly has a lot of overlap. With the Über Trek fans, the Inglorious Treksperts, this is undoubtedly the case. Producer and Writer Mark A. Altman and Special Effects Supervisor Daren Dochterman recently recorded an episode of her popular podcast to commemorate the anniversary of the opening of the original “Star Wars” in 1977.

Over the years, fans have accused the heirs of “Star Trek” and “Star Wars” of borrowing concepts from each other. At least, that’s how it was when JJ Abrams relaunched Star Trek in 2009 with his film series. He even admitted that he’s not a Trek fan, but rather a “Star Wars fanatic.”

“‘Star Trek’ always felt a little more sophisticated and philosophical, discussing moral dilemmas and things that were theoretically interesting, but for some reason I just couldn’t get on board,” Abrams said told the Radio Times in 2013.

One of the things Abrams brought back from “Star Wars” was that the Trek phasers became more similar to the blasters used by Han Solo. He also increased the size of the Enterprise, which some call “large companies”, to the size of an Imperial Star Destroyer. Abrams also gave the new Enterprise small guns over the saucer section instead of the classic large phaser beam. He even sneaked R2-D2 in one of his Trek films.

But lately, Star Wars has borrowed quite a bit from Trek. The Star Wars prequel films, also directed or produced by JJ Abrams, cast Kylo Ren (Adam Driver) as the new Darth Vader. But unlike the classic villain, Kylo Ren didn’t have to torture people to read their minds. He used a force probe.

In the original Star Wars, Vader used a mechanical thought probe to learn the secret location of Princess Leia’s (Carrie Fisher) rebel base. In The Force Awakens, Ren only used powers very similar to the Vulcan Mind Meld, which has been a staple of Star Trek since 1966.

And in the latest episode of Obi-Wan Kenobi, viewers got another look at Wars, borrowed from Trek. In a scene where an Imperial Captain (played by Indira Varma) attempted to enter a restricted area, she dragged the other officer into rank. He eventually let them pass and apologized by saying he was “sorry, sir.”

Unlike the US Army or Navy, on which many futuristic military organizations are based, female officers are not called “sir”. They are called “ma’am” or after their rank. Anything else would be an unpleasant mistake, as this article explains. This is a tribute to “Star Trek”.

It’s been happening in Star Wars for a long time as Clone Wars fans noted. “Star Trek” has used “sir” for its superior female officers for decades. There was even a hilarious scene in the first season of Star Trek: Voyager.

Ensign Harry Kim (Derek Wang) called Captain Janeway (Kate Mulgrew) “Ma’am”. She responded that “Ma’am is acceptable in a crunch” but that she preferred “Captain”.