How did Nichelle Nichols die? The ‘Star Trek’ actress, 89, was one of the first black women on television 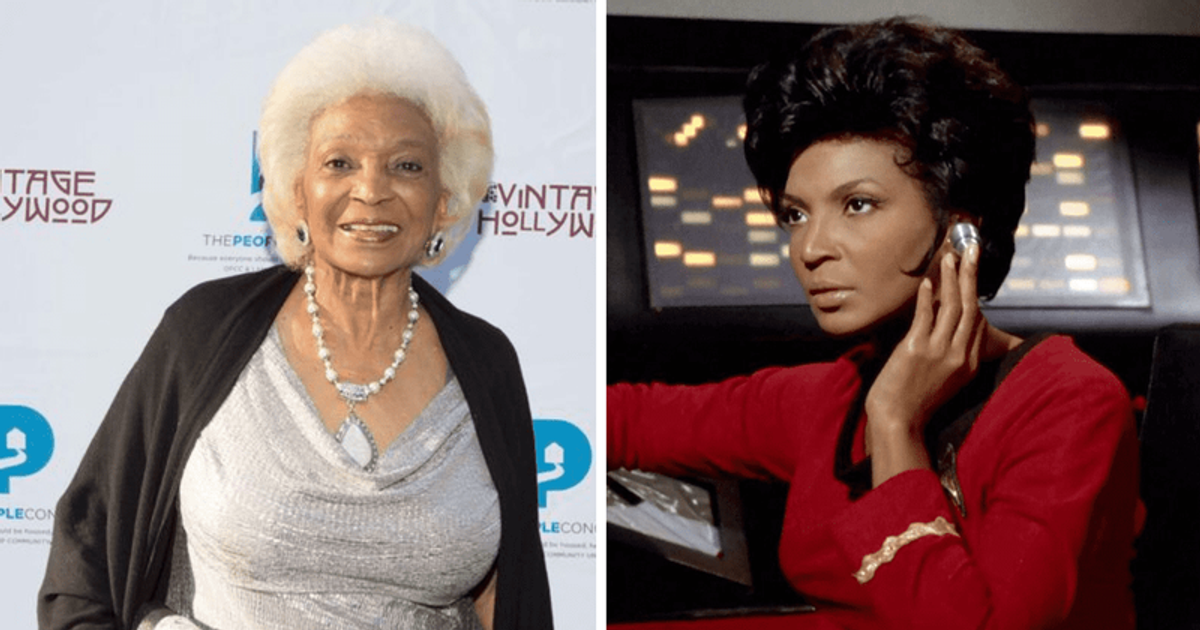 In 1991, Nichelle Nichols became the first African American woman to have her handprints immortalized at the TCL Chinese Theater

Her son, Kyle Johnson, informed her fans in a post on Nichols’ Instagram account, in which he wrote, “Last night my mother, Nichelle Nichols, succumbed to natural causes and died.” seen, it will remain for us and future generations to enjoy, learn from, and be inspired by,” Johnson added. He continued: “Her life was well lived and as such a role model for all of us. I and the rest of our family would appreciate your patience and forbearance as we mourn her loss until we have recovered sufficiently to speak further.”

The “Star Trek” family has lost another icon after David Warner. Nichelle Nichols, the actress who became a Star Trek legend for her portrayal of Lt Nyota Uhura, is no more. The actress, who was one of the first black actresses to break down barriers on television, has died at the age of 89.

How did Johnny Brown die? ‘Good Times’ actor, 84, has been recording and touring with Sam Taylor

Trailblazer was a word used by many to mourn the actress’ death. “RIP. A tremendously important seminal actor in our world who has shown America the future and is the fourth in command of the Starship Enterprise in the hopeful universe that humanity aspires to achieve. You will be missed, respected and remembered. Forever. #Uhura #NichelleNichols #StarTrekTOS,” one fan wrote. Another said, “Nichelle Nichols was a trailblazer that I didn’t understand or recognize as a young Trekkie – she was just cool. A remarkable woman who I will miss.” Another person said: “My heart is broken today. This woman was a trailblazer, an ally, a queen, and so much more. RIP Nichelle Nichols.”

Among many fans, some remembered her for pioneering the way for black women. One wrote: “I’ve always been proud of Nichelle Nichols. Her grace and beauty were unparalleled. She uplifted blacks and made the whole world see us in a new light. Your example is a good path to emulate. You will be missed . Rest in Power.” While another person who pointed out Nichols’ interracial kiss in the TV story on ‘Star Trek’ with her co-star William Shatner, which was a bold move on her part at the time, commented, ” Nichelle Nichols was one, was half of the first interracial kiss on TV. As she got older, she believed in the idea that black didn’t crack. It’s always sad for me when another important part of my childhood dies. Sail on, madam.

According to the National Space Society, for which Nichols served on the board, she was born Grace Nichols in Illinois and was discovered as a teenager in Chicago by composer and musician Duke Ellington while working as a dancer and choreographer.

Nichols starred in the 1959 film Porgy and Bess and in the 1964 television series The Lieutenant. She appeared in the 1966 debut season of Star Trek. Initially, she considered leaving the series as she felt her character lacked depth. However, after meeting Martin Luther King Jr., who was a fan of the show, she decided to stay. And in 1991, Nichols became the first African American woman to have her handprints immortalized at the TCL Chinese Theater.