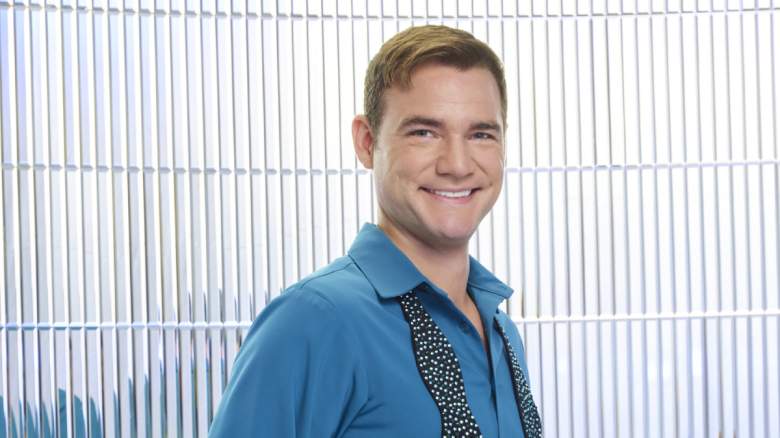 Daniel Durant appears on Season 31 of Dancing With the Stars and teams with professional dancer Britt Stewart. The “CODA” actor is following in the footsteps of former deaf contestants Nyle DiMarco and Marlee Matlin.

The 32-year-old was born to two deaf parents in Minnesota, according to the New York Times. The outlet revealed his mother left him with a neighbor who eventually contacted his father. Eventually, he was adopted by his paternal aunt in Duluth, Minnesota.

His aunt was the first to introduce Durant to American Sign Language.

“He attended mainstream schools in Duluth before transferring to the Minnesota State School for the Deaf in 8th grade,” a press release said. “Daniel graduated from MSAD in 2008 and attended RIT in Rochester, NY and Gallaudet in Washington, DC.”

Durant is no stranger to either the stage or the screen. According to Disney+, he has appeared in numerous productions for the Deaf West Theater in Los Angeles, California. He also appeared in Season 3 of Netflix’s You, appearing as James.

But perhaps most notably, Durant was in the Oscar-winning film CODA. In the film he plays the main character’s brother.

He spoke about the challenges of having deaf actors on set. “There are already so many challenges. [Deafness] won’t make much of a difference,” Durant told The Hollywood Reporter. “I do not want [filmmakers] to think that we are that extra burden. We are not deaf actors. We’re just actors, period.”

Though he can’t hear, Durant is no stranger to turning up the music.

“I’m completely deaf. I can’t hear anything at all, but I love feeling the vibration through my body,” Durant explained on The Kelly Clarkson show.

As a child, NPR explained, he asked his mother to turn up the volume while he drove to soccer games.

“Sometimes I’d ask my mom, ‘Can you turn it up so I can feel the bass?’ And my mom said, ‘Yes,’ but we struggled to hear it,” he explained. “So my mom bought a new sound system and I loved it. You could feel the bass. It was so strong. The windows shook. It felt so good.”

According to NPR, there was an occasion as a kid when he “turned up the sound system” while waiting in the car.

“I loved it. I could feel the car shaking. I was having so much fun,” he explained, adding that a passer-by even rolled down his window and looked at him.

He continued, “I just imagined he had to be like, ‘Wow, you have such a beautiful system and you play a great song.’ And I said, ‘Yes.’ And I started dancing to him and another person appeared. It was a woman, same thing. I pointed to her and kept dancing.”