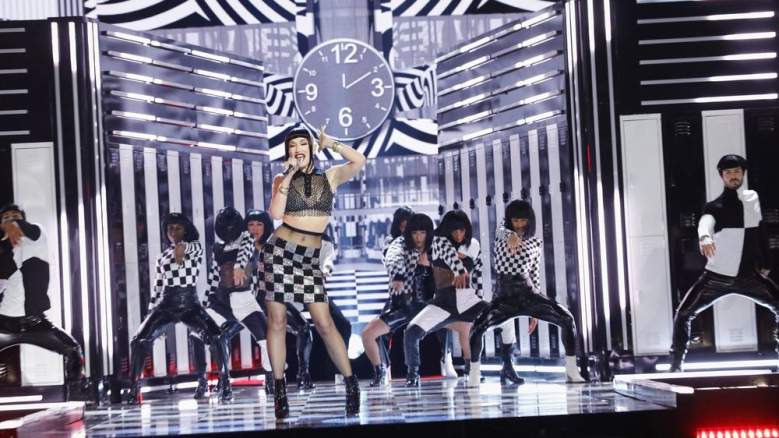 It is official. Gwen Stefani will return as a coach in season 22 of The Voice.

The announcement of Gwen’s return to “The Voice” was made on TikTok on Friday May 13, 2022. The reason for the announcement is that husband Blake Shelton posted his own return to the show as part of the Grace Kelly TikTok Challenge.

It has since been announced that Camile Cabello will be the fourth coach in season 22, replacing Kelly Clarkson. Cabello joined the TikTok video on May 15, 2022 (see below).

Why go the old-fashioned route of a press release when you can make your announcement in a fun, unique way that goes straight to your audience?

In the end everything is connected because Mika joined the French version of “The Voice” (La plus belle voix) in 2014 as a juror and mentor. So everyone involved is part of the big international “Voice” family (except for Grace Kelly). myself of course).

After a season off, how does Gwen feel about sharing the red chairs with husband Blake Shelton again? According to US Weekly, the former No Doubt frontwoman is “eager to return to the reality TV show — and face off against her husband.” Shelton has been a coach on The Voice since season one. He’s the only coach to never miss a season, and with eight wins total, he’s the show’s most-winning coach.

Gwen’s track record on “The Voice” doesn’t quite match her husband’s, but that’s understandable considering she’s only coached five times compared to Blake’s 21. Her only win came in season 19, when the 15- year old contestant Carter Rubin brought her the trophy.

Camila Cabello has not yet been a coach on The Voice, but she was an advisor to John Legend’s season 21 team.

Which coach will win season 22 all depends on the talents they choose for their teams. However, it’s likely that Gwen will do whatever it takes to beat her husband out of the prize.

Of course, there will be no reason to announce the winner on TikTok as the finale will air on national TV sometime in the last quarter of 2022. But that would be an interesting twist. No specific air date has been announced yet, but the hit show is set to return sometime this fall.