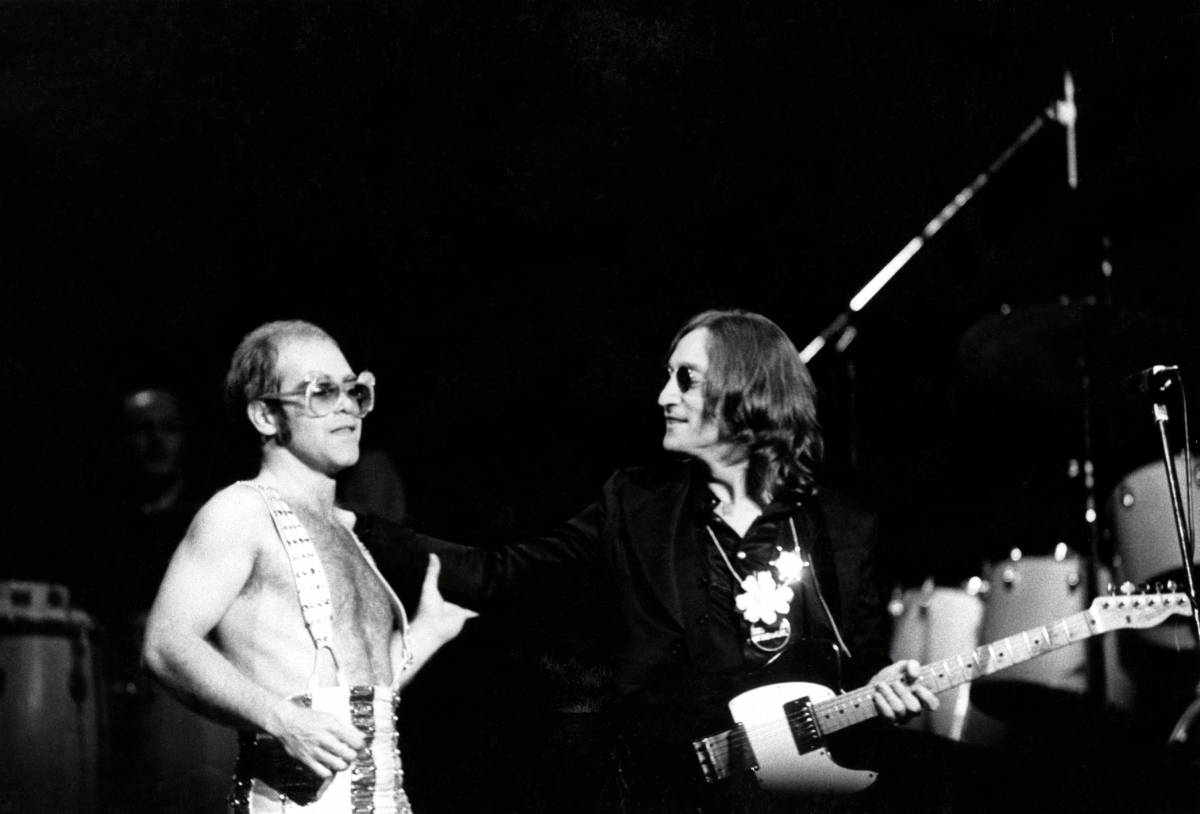 John Lennon and Yoko Ono were a famous couple, but the couple had a long breakup in the 1970s. They got back together, and a different musician may be the reason for their reunion. Elton John and John Lennon performed at a concert together, which could save Lennon and Ono’s relationship.

After collaborating on a few songs, Elton John and John Lennon had a budding friendship. Lennon assisted John on his cover of “Lucy in the Sky With Diamonds”. The cover reached number one on the US Billboard Hot 100. The two also collaborated on Lennon’s “What Gets You Through the Night,” which became Lennon’s only number one hit.

While working on the song, Lennon and John made a deal. If “What Gets You Through the Night” reached number one on the charts, Lennon would perform with John. As soon as it happened, the “Imagine” singer made good on his promise by playing with John at Madison Square Garden in New York City.

Lennon and Ono first married in 1969. In July 1973, the couple separated and Lennon began a relationship with his personal assistant, May Pang. After an 18-month separation, the two were back together. However, Elton John guitarist David Johnstone believes the two were reunited in 1974 after the Elton John concert. In an interview with Yahoo! Johnstone said Ono was at the show and wished Lennon the best of luck before his performance.

“That night Yoko came to the show and John didn’t know she was in the audience,” revealed Johnstone. “I think he would have been really nervous if he knew Yoko was in the crowd. But you have [back] together soon after, and it was very special for them.”

Johnstone believes Elton worked behind the scenes with Lennon’s assistant, Tony King, to bring Ono to the show.

“They knew she was coming and all that,” Johnstone added. “And Yoko actually sent John some nice gardenias to say, ‘Good luck with the show.’ If you look at the footage – there aren’t very many images from this show; God knows why not, but there aren’t any – you’ll see this gardenia in John’s buttonhole that Yoko gave him. But he didn’t know she was at the concert at the time.”

“On the night of the concert I was tuning all the instruments backstage and John came into the dressing room looking scared,” recalled the guitarist. “And I said, ‘John, are you okay?’ And he said, ‘Well, no. I think I want to throw up. I feel so nervous!’ – because he hadn’t played for ages. It had been so long since John had done a live performance. … But I tuned his guitar, and I kind of gave him a hug and said, ‘Look, see you up there. It is going to be great!'”

Luckily, Lennon took the stage and received a massive ovation from the crowd. Unfortunately, it was Lennon’s last performance in front of a large audience before his death in 1980.