‘House of the Dragon’ Episode 5: Fans are ‘fearful’ after yet another wedding celebration turns into chaos 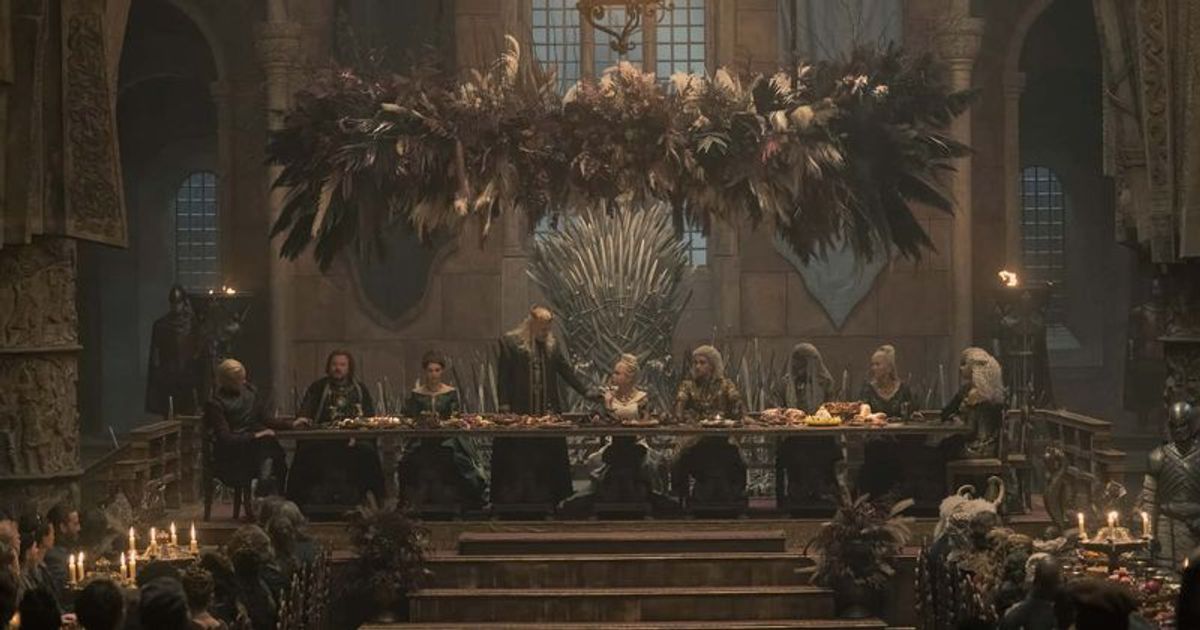 It was a happy time for House Targaryen and House Velaryon as Rhaenyra and Laenor were about to be married, but things changed quickly

Whenever fans hear there’s a wedding in the Game of Thrones universe, they start praying that nobody dies this time. In the original HBO series, we saw the gruesome “Red Wedding” where so many members and warriors of the House of Stark were brutally killed. In Episode 5 of The House of the Dragon, House Targaryen and House Velaryon cemented their relationship with the marriage of Princess Rhaenyra Targaryen (Milly Alcock) and Ser Laenor Velaryon (Theo Nate).

So the Targaryens started the week of celebrations with a little dinner for House Velaryon. The whole hall was filled with people who had come to congratulate both houses. But Queen Alicent (Emily Carey) was nowhere to be seen and maybe it was because of how Rhaenyra lied to her about that night with Daemon. She eventually learned that it was Ser Criston Cole who had sex with the princess and he heard from the horse’s mouth (Criston). A few moments later she arrived in a beautiful looking green dress and it was time for the bride and groom to dance. After their dance, many people joined and started dancing, but there was uneasiness in the whole atmosphere.

“House of the Dragon” Episode 4 Spoilers: What is Princess Rhaenyra accused of? SHOCKING incident could change everything

Laenor, who is actually gay, was talking to his lover Ser Joffrey Lonmouth (Solly McLeod) about Ser Criston Cole and decided to talk to him. The next thing we know, a fight broke out during the celebrations and for a few seconds no one could see who was involved in the fight. It was later revealed that Ser Criston gave Laenor’s lover hell. The heir of House Velaryon tried to save his friend, but Ser Criston struck him as well, slaying his love to death. Once again, a wedding has become the most awkward part of the “GOT” universe.

Fans were stunned to see another celebration in the world of Game of Thrones turn to chaos and applauded the creators for another great chapter.

One fan wrote: “#HouseOfTheDragon episode 5 was freaking good. A little too much time went into the wedding, but I was invested from start to finish. The actors are catching up on the doldrums where the writing style slips a little, only with sheer charisma. Will definitely miss Milly Alcock in later episodes.” Another fan wrote, “Wedding episodes never disappoint in #GOT.” Another social media user tweeted, “OMG TONIGHT’S EPISODE WAS SOMETHING.”

Another social media user tweeted: “#HouseOfTheDragon ep5 is politics and the literal Game of Thrones in all its glory. The growth of Alicent, the snapping of others, and the multitude of subtle but massive moments. Extremely well written and acted, with a signature wtf moment as the keystone. GOT WEDDINGS NEVER MISS OUT.”

This was the last episode in which we saw Milly Alcock and Emily Carey in the roles of Princess Rhaenyra and Queen Alicent. The show is set to take another time warp and feature the older versions of the above characters. Emma D’Arcy will play the heir to the throne, while Olivia Cooke will portray Queen Alicent.

Things are getting quite intense in ‘HOTD’ as the time has come when two powerful ladies will vie for the throne of House Targaryen. Let’s see who turns out to be the winner.

Under the Radar: Fergus McCreadie

Under the Radar: Fergus McCreadie