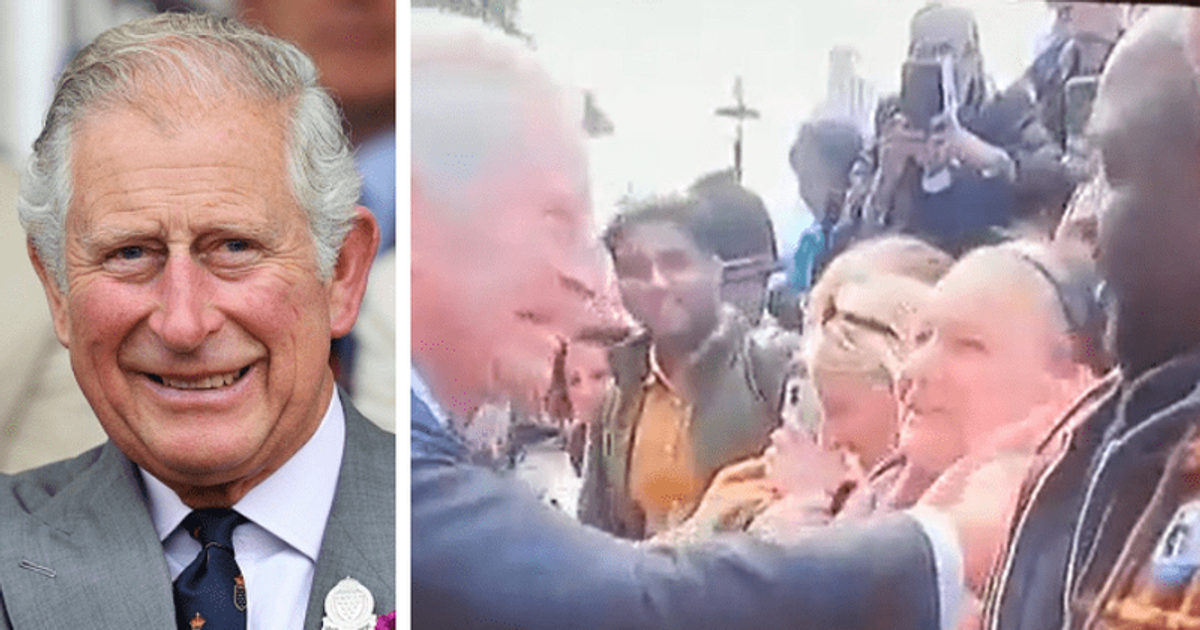 LONDON, UK: A viral video showing King Charles greeting the public lining up to see the Queen lay in state has been doing the rounds on Twitter. The video shows the king appearing to snub a person of color, ignoring his outstretched hands while shaking hands with others beside him.

The video has garnered mixed opinions about the interaction. While some people, including the Twitter user who originally posted it, were quick to label the monarch a racist, others have defended Charles. The viral post is captioned, “Black man, you’re on your own.”

The caption suggests the man, who appeared to be among the few people of color present, had no personal interaction with Charles, despite standing directly in front of the king while others around him received his attention. While some felt the king was deliberately ignoring the man, most disagreed.

One user wrote, “He touched it with his left hand… and he looked distracted… lacks context… but it wasn’t good optics.” Someone else defended Charles, saying, “I saw that several times today. If you look closely, it looks like he’s shaking people’s hands with both hands. Watch out for his left hand. I’m not a royalist, but there are enough real issues to talk about royals without clutching at straws.”

One user pointed out how the video was posted to gain influence by using the person of color as clickbait. “King Charles III. shook hands with a lot of black people that day lol nice try at racism clickbait,” they wrote. Someone else remarked, “He finally acknowledged him by touching him now, nawa oh. Obviously he was distracted coming up to them, but he acknowledged him as much as his neighbor.”

This comes after Meghan, the Duchess of Sussex, claimed to have faced instances of racism within the royal family shortly after her marriage to Prince Harry. During her Archetypes podcast, she claimed to have been treated as a “black woman,” particularly after her relationship with Harry. She is often credited with being one of the first multiracial people to marry into the higher branch of the British monarchy.

In particular, King Charles III has a long history of association with the black community in Britain. He was honored for his work with them when he was invited to edit Britain’s only black newspaper, The Voice, for their 40th anniversary edition, Newsweek reports. In his letter to the editor, Charles praised the paper for its role in ensuring that “Britain’s black communities were heard”, adding that he was grateful to contribute to their discussions.