‘His reaction was alarming’: Internet slams to-be dad after he STORMS OFF during gender reveal 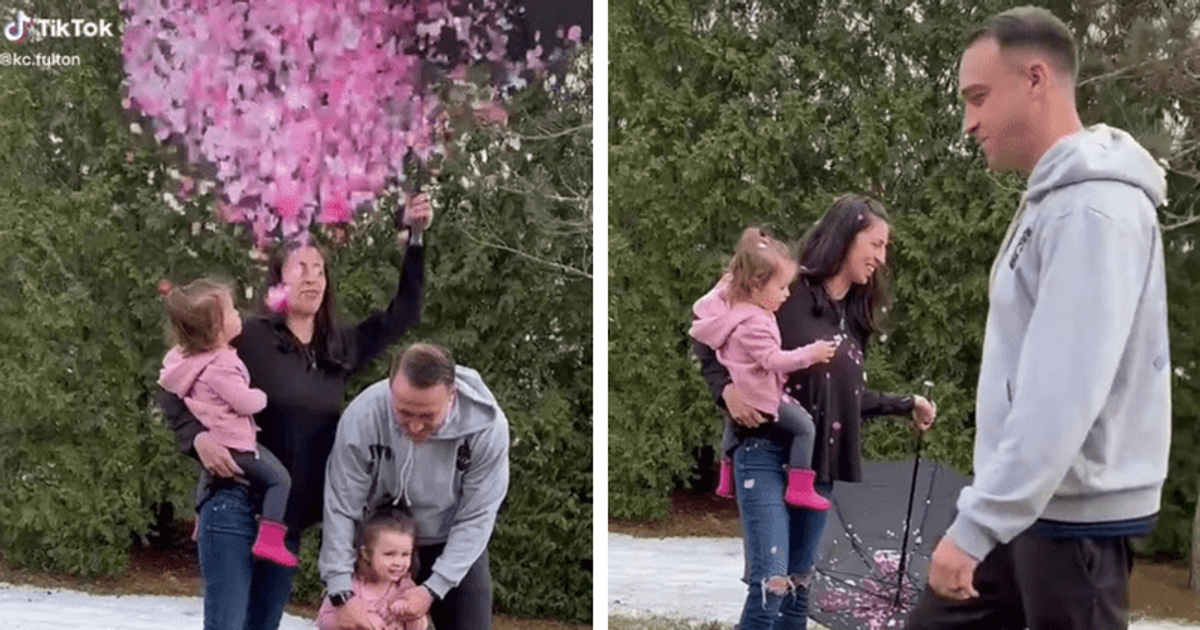 A man who is soon to become a father was labeled ‘ugly’ and ‘trash’ by viewers online in a response to his reaction during the gender reveal. The couple has two daughters, 3 and 1, and it was revealed that their third child will also be a daughter.

The expectant mother who shared the clip of her gender reveal on TikTok looked overjoyed upon learning that she would be welcoming another baby girl to their family and so were the daughters. However, the father was clearly disappointed learning that he would not be getting a son.

Repeatedly yelling ‘f**k’, he simply stormed off the scene. The clip shows the woman, her husband, and the two daughters standing outside when the mother opens an umbrella above them all as the ritual of gender reveal. There was a short shower of pink confetti that fell around the four revealing that they are going to welcome another girl. However, it was the father’s reaction that left social media furious. He groaned, stormed off, and was clearly not excited.

As he went outside the frame, the mother was seen engaging her kids. The father could be heard yellowing ‘f**k’ off camera. This is when the mother asked her eldest if she is having a baby brother or baby sister. The father then re-emerges and yells ‘f**k’ in front of the daughter again.

The mother, however, laughed through her husband’s reaction and captioned the video as, “I swear he’s happy.” The video has garnered 43 million+ views. Many slammed the father for throwing a tantrum. The negative comments eventually forced the mom to disable the comments on the video. But that didn’t stop the viewers from expressing disregard as they left comments on other platforms where the video was shared. One user on TikTok said, “‘That video was PAINFUL to watch. I cannot imagine having a father that was disappointed in me before I was born. His reaction was alarming.” while another said, “He should be ashamed of himself for that reaction. Grown man throwing a tantrum like that”

This clip made its way to Twitter as well.

A user commented on how her wife must be feeling by saying, “Oh dear. So sad. Why would they post this??? how sad his spouse must feel inside.”

This user jokingly said, “my parents had 5 daughters in a row. when my brother arrived, my dad was disappointed as he almost had a volleyball team.”

Disclaimer: This article contains remarks made on the Internet by individual people and organizations. MEAWW cannot confirm them independently and does not support claims or opinions being made online.