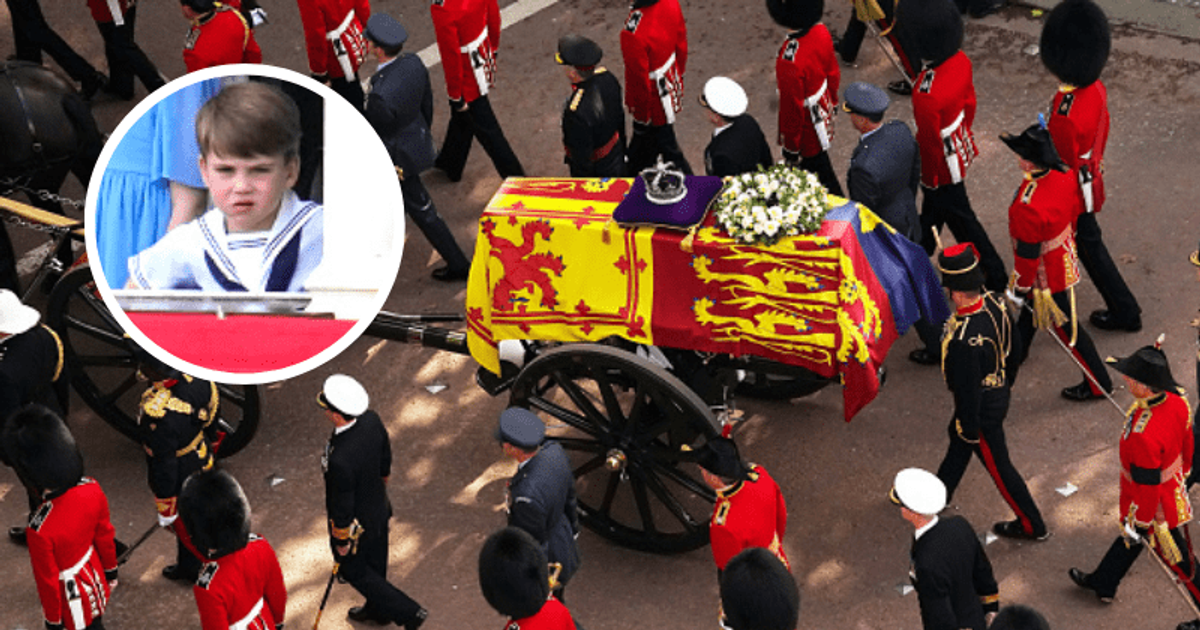 LONDON, UNITED KINGDOM: When the entire royal family, prominent world leaders and thousands of mourners attended the funeral of Queen Elizabeth II at Westminster Abbey on Monday September 19, Prince Louis was not present. Prince William and Kate Middleton’s youngest child, 4, missed the ceremony as she is too young. Middleton also explained that the little tot had trouble understanding the Queen’s death.

However, the internet couldn’t ignore the absence of Prince Louis, who stole the show with his adorable antics at Queen Elizabeth II’s platinum anniversary celebrations in July 2022. During the golden procession, Prince Louis was seen screaming on the balcony of Buckingham Palace, covering his ears as planes flew over their royal palace. Given his history, many Twitter users are wondering if Prince Louis was forced to miss Elizabeth’s funeral due to his mischievous behavior during the four-day ceremonies over the summer.

Another user believes the real reason for Prince Louis’ absence is his “high chance of chaos.” “People think Prince Louis isn’t there because he’s too young. The real reason: High chance of mayhem #queensfuneral,” while another replied, “It would have been interesting to see his reactions! He would have gone up and down those steps multiple times and ended up sitting on Charles’ lap!”

One person wrote, “Prince Louis would have added some entertainment to the funeral.” Another said, “Prince Louis when told not to demolish the palace while the family was at the Queen’s funeral.”

Prince Louis’ older siblings Prince George, 9, and Princess Charlotte, 7, took part in their grandmother’s procession at Westminster Abbey, walking alongside their parents, the Prince and Princess of Wales.

The Queen was buried on Bank Holiday Monday September 19 after spending four days in Westminster Hall. David Hoyle, the Dean of Westminster, led the service and various hymns were sung, including “The Lord’s My Shepherd, I’ll Not Want”, previously sung at the Queen’s wedding to the Duke of Edinburgh in 1947.

The Cardinal Archbishop of Westminster, the Moderator of the General Assembly of the Church of Scotland, the Moderator of the Free Churches and the Archbishop of York all read the prayers. The service ended with the customary dirge “Sleep, Dearie, Sleep” performed by Queen’s Piper, Paul Burns. The Queen’s coffin was escorted in procession from Westminster Abbey to Wellington Arch and finally to Windsor Castle, where she was buried after the service was completed.