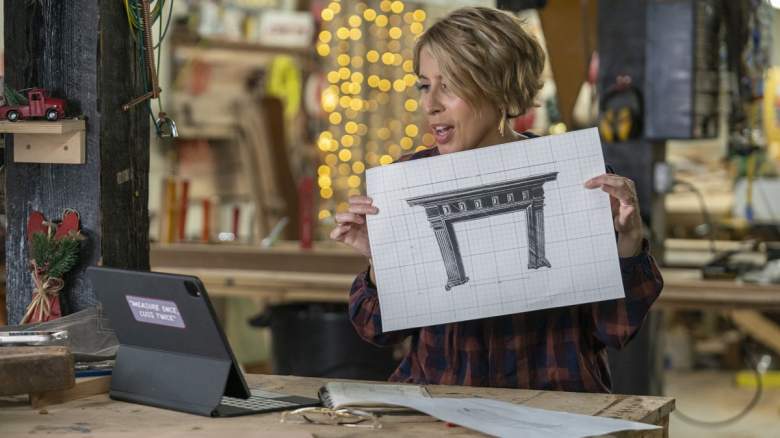 Popular HGTV personalities Erin and Ben Napier recently made their acting debut with their first film, A Christmas Open House, on Discovery+. But for months, fans have been arguing about having to pay for the streaming service to see the film. Now, Erin says those frustrated fans will get their Christmas wish: The movie will eventually air on HGTV.

Ever since the Napiers announced in August that they would soon be landing their first acting roles in ‘A Christmas Open House,’ which later debuted on Discovery+ on November 11, 2022, fans have been expressing their anger, disappointment and anger brought that they can’t to watch the film without subscribing to the streaming service.

In Erin’s first Instagram post about the film, one person wrote: “You make all this money and then you don’t care about the one who can’t afford to pay extra to see you. For that you will have to answer one day!!!”

Another fan wrote: “We don’t subscribe to Disc+ either because I don’t think I’ll have to pay for another tier of channels. It’s not just Ben & Erin we love your show, but there are others we love that are no longer on HGTV and have moved to Disc+. Makes me unhappy.”

But on November 17th, when another person complained that the movie only aired on Discovery+, Erin responded with good news: The movie will finally air on HGTV on December 7th.

HGTV’s online schedule does not yet reflect the film’s December 7 screening, but a November 21 interview with Erin in People Magazine also listed the date as the film’s premiere on the network.

The Napiers filmed their roles in A Christmas Open House in their hometown of Laurel, Mississippi in August 2022. The film stars actors Katie Stevens and Victor Rasuk and follows an Atlanta house-stainer, played by Stevens, who must work with her former high school crush, a real estate agent played by Rasuk, to get her mother’s house up for sale before the holidays to prepare. With little time and competing goals, they enlist the help of local artists Henry and Sarah Wright – played by the Napiers.

On November 1, she released a preview clip from the film showing her and Ben in their holiday attire and revealed they were sweating while filming the film.

She wrote: “Now that Halloween is behind us… #AChristmasOpenHouse is coming up hot on November 11th! We shot our parts in Laurel 3 days in August when the high was 103C so I want you all to know how sweaty we seem to be here. It’s a renovation story within a love story within a Christmas story (and it honestly looks pretty cute)”

So far, the film has received mixed reviews from critics. Brett White of Decider wrote: “Good thing Discovery+ gives the Napiers something to do aside from giving some pre-recorded tips. Still, it’s always a bit strange when TV personalities – like HGTV hosts – are given canned lines to say.”

By now, not enough people have given feedback to Rotton Tomatoes for the film to have an “audience rating.” And on the Discovery+ Instagram page, some fans loved it, others clearly didn’t.

One wrote: “Seen and loved!! You are all naturals!! Well done!!”

But another commented: “That was awful…awkward breaks, very dry, zero chemistry. Please stop!”

Love It or List It co-host Hilary Farr also appears in Designing Christmas, a separate Christmas film releasing on the same day as the Napiers’ film. It is not yet known whether this film will also be shown on HGTV.