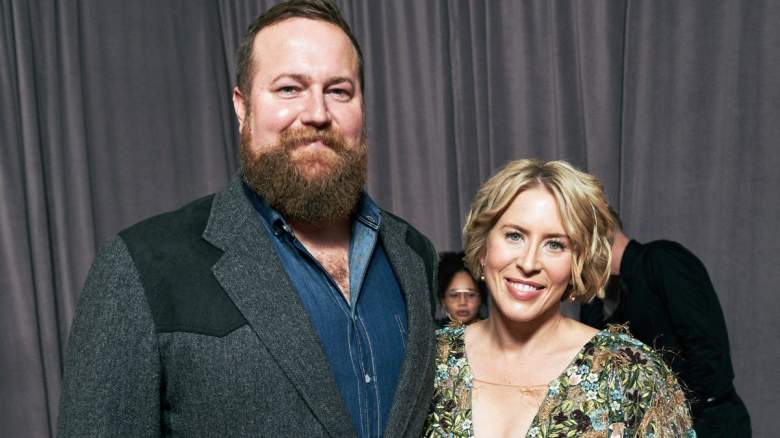 Raising two young girls isn’t always easy, but HGTV’s Ben and Erin Napier try to make the most of every sweet moment of their daughters’ childhoods. At the end of each long day, Erin says her late-night bath routine is so heartwarming that she has a hard time not “crying like a mad woman” while watching her girls. Here’s a look into her nightly routine and why she gets so emotional…

The Napiers, who star on HGTV’s hit show Home Town, recently bought and renovated a cottage on the outskirts of Laurel, Mississippi so their daughters — four-year-old Helen and 17-month-old Mae — can grow up with plenty of space, according to Erin to exercise outdoors and play in the dirt. But they didn’t expect that getting so dirty would lead to one of the sweetest parts of their evenings together: bath time.

In a video interview, which was published as part of the Napiers’ cover story in People magazine and hit newsstands on November 18, 2022, the couple revealed that Helen feels it is her responsibility to help her little sister bathe every night .

“She’s actually become the one who bathes Mae at night,” Erin explained to People. “Helen helps her undress.”

Then Ben interjected, “So let’s finish dinner and start clearing the table. Helen goes into the bathroom and starts the bath. She comes and gets Mae, undresses her, helps her into the tub and gets in with her.”

“And then I supervise,” Erin continued, “but Helen actually has to wash and bathe Mae, and Mae just loves it. She feels like she’s in the beauty salon I guess. But it’s really cute. Really really cute.”

So cute it often brings tears to Erin’s eyes.

“I’m watching them and just trying not to cry like crazy,” she said. “Because Helen doesn’t understand what’s so sweet and special about it. But for us, we know that this is special and also fleeting. They will only be little for such a short time, and they will not bathe together forever.”

“I feel like we’re in the middle of the best years of our lives,” Erin continued, “and I’m very aware of that and kind of want to keep it.”

In her People interview, Erin said Ben was also becoming a “whiny girl dad,” and he agreed.

“I’ve never worried about birthdays,” he said. “My 30th birthday came and went, and 40 is coming. What upsets me is that I’ve spent 35 years without either Helen or Mae. They grow so fast.”

Erin then thought of another case that choked her.

“Helen thanked you for getting me a sister the other day and that makes me cry,” Erin said and Ben quietly replied, “Yes.”

But for all the sweetness, the couple insists they also deal with typical struggles of young parents, like sibling rivalry.

When Erin said the girls were “finally playing together,” Ben quipped, “but they’re also finally jealous.”

“If one of them gets on Mama’s lap,” he explained, “then the other one is close behind and there’s an argument.”

Erin added, “And when I try to put them both on my lap, they pull each other’s hair. So it’s a struggle right now, honestly.”

New episodes of “Home Town,” including a look at her renovated cottage, return to HGTV December 4. The Napiers will also host a Laurel Christmas special on November 27th.