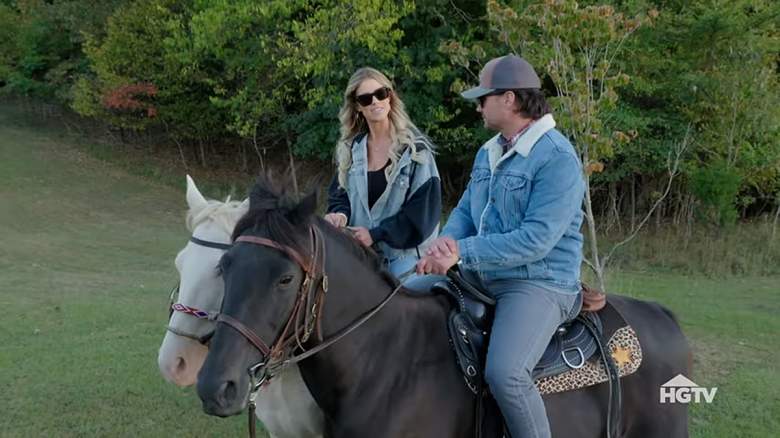 Christina Hall is busier than ever, with her new series Christina in the Country about to premiere, but her busy life has the designer and longtime HGTV personality seriously considering retirement. In a new interview, the mother-of-three revealed that she and new husband Josh Hall have plans to slow down and retire to Tennessee, where their new show will be filmed. Here’s what you need to know:

Christina rose to fame on HGTV’s hit show Flip or Flop, which she co-hosted with ex-husband Tarek El Moussa. After a turbulent few years professionally and personally, Hall, who grew up in Southern California, bought a farmhouse near Nashville, Tennessee in 2021 for a place to relax and unwind. In a trailer for her new show, Christina in the Country, she says the landscape feels like “heaven.”

Christina regularly goes there with her three children on long weekends and during the holidays; She shares 12-year-old daughter Taylor and seven-year-old son Brayden with El Moussa, and three-year-old son Hudson with her second husband, TV personality Ant Anstead. On Instagram, she regularly posts her favorite country moments, including snuggling with a fluffy pet chicken.

The couple – who have been married to former police officer and real estate agent Josh Hall since early 2022 – love their life in the country so much that she told People magazine they plan to retire there.

“This is definitely where we will retire,” she said in an interview published on Jan. 11, 2023. “This is the future when the kids graduate from high school. But that is the ultimate plan.”

Right now, Christina says, they spend most of their time at their primary residence in Newport Beach, California, taking time off for getaways and filming design projects in Tennessee whenever they can.

She told People, “I’d love to do the opposite: I’d love to live there full-time and then have a cute little beach cottage in California, in La Jolla, that we’ll return to.”

Christina and her crew have been excitedly filming their new series for HGTV, Christina in the Country, which premieres January 12, 2023. She and Josh launched a production company, Unbroken Productions, in the spring of 2022. They are now producing the new series, as well as their other HGTV show, Christina on the Coast, which had its fourth season in December.

In an Instagram post hours before the premiere of Christina in the Country, she wrote, “It has felt like home since I arrived in Tennessee. And it’s the only place I’ve been that really felt like it. Josh and I poured our blood sweat and literal tears into the production of this show, and we were determined to bring certain moments to life.”

She continued, “Starting from scratch on a new show in another state wasn’t easy, but it was worth it. I’m very proud of this series and I hope you can feel the joyful vibes on screen.”

During filming for the series, Christina frequently shared glimpses of life in the country, including her favorite fluffy pet, a chicken she named Hennifer. In November, she shared a video tour of her farmhouse.

In a Jan. 11 post, she wrote that her favorite recent memories from Tennessee were “Rzr rides, live music, enjoying the outdoors, building s’mores, chicken coups, and packaging 6 incredible designs.”

The six-episode first season of “Christina Lands” premieres January 12 at 8 p.m. ET and is also available on Discovery+.