HGTV stars and fans got excited for the first promos announcing “Rock the Block 4.” 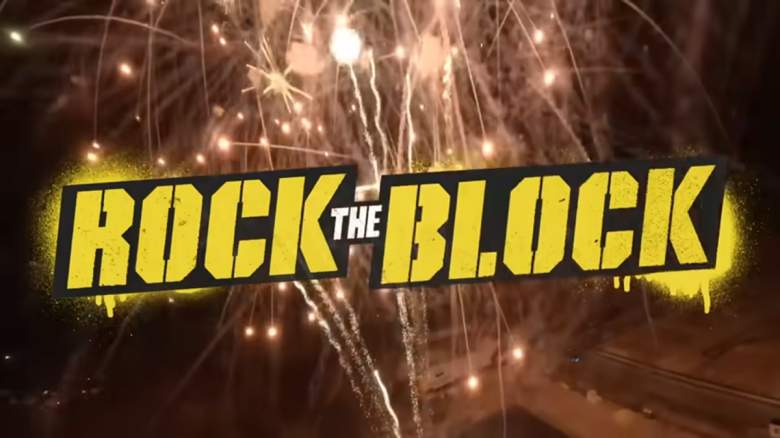 The biggest show on HGTV is back! With a premiere date set for March 6, 2023, three stars from Season 4 of ‘Rock the Block’ – Jonathan Knight, Michel Boyd and Ty Pennington – have just released the first promo videos for the series via their social media channels. HGTV announced in early January that the third season of “Rock the Block” was the top-rated series of 2022, so the network knows fans are excited for another round. It’s no surprise that the new 30-second promos have HGTV’s stars and fans alike excited about the launch of the competition.

Taking to his Instagram account on Jan. 17, HGTV host Jonathan Knight shared the first promo for Season 4 of Rock the Block, in which he will star alongside fellow Farmhouse Fabulous designer Kristina Crestin.

In a dimly lit workshop full of tools, as rock music ramps up in the background, host Ty Pennington’s voice can be heard saying, “If you think farm life is hard work, just wait.”

Pennington then emerges from the shadows, standing behind a workbench, and viewers see the silhouettes of Knight and Crestin walking confidently toward the camera.

“There’s a competition on the block that takes renovation to new heights,” Pennington continues. “Your expert skills will be put to the ultimate test. Will you rise to the challenge?”

He throws a flat disc in the air and Knight catches it. “See you on the block,” he says as he and Crestin stare playfully at the camera.

In the caption, Knight wrote, “So excited to be rocking the block,” attracting plenty of comments not only from fans but also from his series co-stars.

Renovation Island’s Sarah Baeumler, who is on one of the season 4 teams with her husband Bryan, wrote, “Countdown’s on!!” and added two fire emojis.

Another competitor, Page Turner from Fix My Flip, who teams with her contractor Mitch Glew, wrote, “So exciting!!!” Knight responded to her comment, writing, “So much fun on the block with you everyone Day.”

And Luxe For Less’ Michel Boyd, who teamed up with creator Anthony Elle for the show, wrote, “SHAKIN IN MY WORK BOOTS See you on the block!”

Pennington wrote, “This is gonna be good!” along with a fire emoji. He shared the same promo video on his Instagram page.

Meanwhile, Boyd shared a second promo with a similar premise, but it starred him and his design partner Elle emerging from the shadows.

In the second promo, Pennington says, “Your keenest eye for design and your ability to turn the drab into the fabulous have earned you a place in the ultimate home renovation competition. Do you have what it takes to stand out from the rest? It’s time to up your game.”

This time, Elle catches the disc as it spins through the air, and Boyd says earnestly, “See you on the block.”

The four teams, Pennington and several HGTV stars serving as guest judges, all came together in Berthoud, Colorado to film “Rock the Block” for six weeks in September and October 2022. HGTV has promised that this season will “raise the stakes to an all-time high” with bigger budgets and challenges.

Each team was given $250,000 and six weeks to renovate identical homes in the small community close to each other. The winner of the six-episode series gets the right to show off and name the street where the houses are located in their honor.