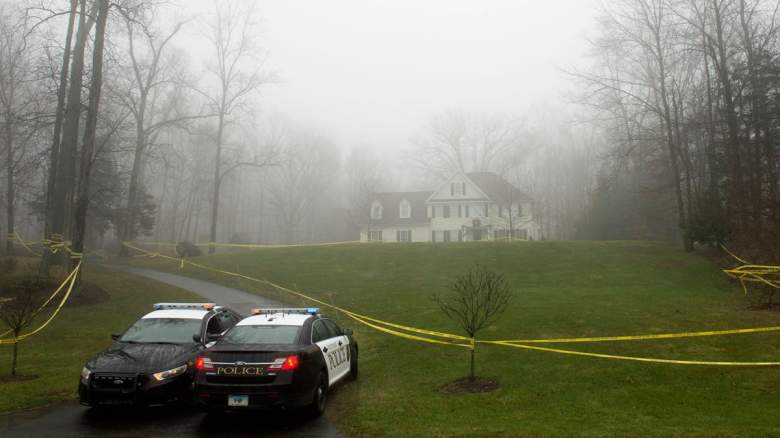 HGTV star Mike Holmes is still reeling after being confronted at his home by a woman who claimed he started an online affair with her. The star of several home improvement shows, including Holmes Family Rescue, called the police about the intruder who somehow made it into his fenced-off property in Toronto.

Holmes detailed the spooky scene on the July 14 edition of his Holmes on Homes podcast, revealing the story of his daughter and TV co-host Sherry Holmes, who was stunned when she first heard the story. “That happened not long ago,” he told her.

On the podcast, Holmes told his daughter and his listeners that while he was out on the boat one day, his neighbor texted him about an “aggressive” person in the neighborhood who had posted a note on his door and on the way to Holmes’ apartment. So the general contractor logged into his Ring app, which is connected to security cameras around his home, and began speaking to the woman through the system’s speakers.

“I don’t know how the hell she found my address,” Holmes said, adding that he later learned the woman lived in Hamilton, a suburb of Ontario.

“Well, how did she get in?” asked Sherry. “She walked past your gate and all and just snuck onto your property?”

Holmes nodded. “I immediately say, ‘Hi…can I help you?'” he said, explaining that he asked her to get closer to a camera near the garage so he could get a better look at her.

According to Holmes, the woman then explained that a man had reached out to her on Facebook and said he was HGTV’s Mike Holmes and that she needed to send him $50. Though she thought it was likely a scam, the woman said she sent the money anyway.

From that point on, the two got into what Holmes described as a “somewhat intimate relationship,” explaining that the man was sending her blurry videos, still claiming to be the HGTV personality, and frequently apologizing for having such a thing having bad technology.

“‘I love you,’ he tells her,” said Holmes, as his daughter Sherry reacted in shock. “I’m not kidding, it really went deep at the deep end. She felt it wasn’t right. She wanted to check, she came to my house and I said, ‘That’s not me.'”

Luckily, Holmes was able to defuse the situation and get the woman to leave his property. But, he said, “when she left my house I was pretty confident that she still wasn’t sure” that she had been scammed.

“This is crazy,” Sherry said, adding that it’s kind of understandable since the woman couldn’t see Holmes’ face while he was talking to her – just like in the videos she thought he was in on.

Holmes encouraged listeners to contact his company directly through the Make It Right website if they ever think they have been scammed by someone pretending to be him.