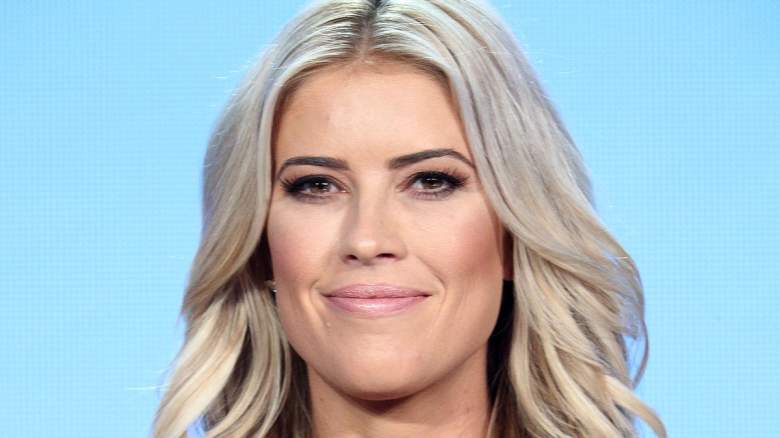 Despite a lot of positive news lately — from premiering her new HGTV show Christina in the Country this month to announcing she’s producing another real estate show — Christina Hall has fans worried that something is still missing it’s correct. The longtime HGTV star, who found fame on ‘Flip or Flop,’ posted a cryptic Instagram message on Jan. 20, 2023, restricting who could comment. Nevertheless, hundreds of fans were able to write encouraging messages to the home improvement star. Here’s what you need to know:

Over the past few weeks, Hall’s social media posts have been filled with positivity, focusing on the good news from her new show premiere, sharing how much she’s loving her getaway to Tennessee with husband Josh, and posting pictures and videos of hers three children spending time together. She has three-year-old Hudson, who she shares with Anstead, along with 12-year-old Taylor and seven-year-old Brayden, who she shares with her first husband Tarek El Moussa.

Fans were surprised when Hall posted a cryptic message along with a photo of her from behind looking out at the sunset. With her hair up, the tattoo on her neck was visible: a vertical line of writing that reads “Still I Rise,” referring to a famous poem of the same name written by Maya Angelou.

Hall got the tattoo amid her controversial divorce from Anstead after less than two years of marriage, and shared it with her Instagram followers in January 2021. In this post, she shared a brief excerpt from the poem:

While the first post conveyed a promising tone of a fresh start, her latest post seemed more worrying to many fans.

“When your tattoo is in the moment,” she wrote, then — along with the paragraph she originally posted during their divorce two years ago — added a darker nine-paragraph excerpt of Angelou’s poem:

Hundreds of followers wrote messages of encouragement, reminding Hall to ignore the “haters” and instead focus on all the good things in her life.

One comment, which received 237 likes from other fans, said, “Ignore the haters Christina! The only thing that matters is that you love yourself first, otherwise nothing else will work in your life. You are a great mom & businesswoman! So happy that you finally found a great, loving partner in Josh. We love the new show in Tennessee, it’s a hit! Keep up the great work.”

Another person wrote: “Watching your growth and development over the years has been so beautiful. You really came into your own and it’s amazing.”

After months of bickering privately and publicly over Anstead’s concerns about Hudson being featured in Hall’s paid social media promotions and TV shows, Hall announced in October 2022 that she was no longer supporting her son on social media or her show will show.

In her October post, she wrote: “Hudson’s father tried to turn my family, friends and fans against me through manipulation tactics and false information. This has had a major impact on me and my household. Because of this, I have made the decision not to feature Hudson on Instagram, my TV shows, or any other social platform until he is old enough to make that decision for himself.”

The former couple reached a new custody agreement through the courts weeks later in early December, but fans continued to follow both celebrities on social media for their roles in the widely publicized dispute. Many have accused Anstead of forcing Hall to keep Hudson off social media altogether while he continued to share pictures of their son.

Anstead, who has been dating actress Renée Zellwegger since early 2021, has repeatedly clashed with those who wrote accusatory comments on his posts, claiming he’s only concerned about keeping Hudson away from publicity and paid projects, not family photos . In fact, Hall reversed course on her October statement and quietly began adding Hudson back to her Instagram stories and photos in late December.

That hasn’t stopped people from commenting on Anstead’s posts about the dispute, including a photo he posted of Hudson on Jan. 11. Although most fans liked the picture, a spate of negative comments began when one person urged Anstead and Hall to stop fighting over their son.

The person wrote: “Always fighting about that little boy…. It has to STOP.

Anstead replied: “That’s not true? I asked them to stop exploiting him (and other issues like pool safety, epi pens, and common school choice). It is now fully resolved! Hudzo won and can be safe and free. Courts actually worked. We’ve all moved on. you should too”

That response then cheered several other people, including one who felt it was inappropriate to share details about his past troubles with Hall, while others left comments supporting Anstead. The TV host and car enthusiast returned to the post on Jan. 20 — the same day Christina posted her cryptic message — to respond to a person who argued that including Hudson on his Instagram feed would be good for Ansteads “Brand” be.

Upset that the person who said Anstead wasn’t following him and therefore shouldn’t comment, he wrote, “I share organic moments because I choose too. I refuse to be paid because I make a choice too. I can choose to post tonight’s dinner and that’s up to me and has nothing to do with ‘brand’.”

Anstead continued, “I’m a dad before any television work. Apparently it’s your judgment that’s clouded. I don’t want Hudzo selling vitamins and beds and toys and clothes and he’ll see me stop that! Case closed. No need to reply, I know you must be busy sending advice to millions of other strangers who have a profile.”

It’s not clear who posted first on Jan. 20 — Anstead or Hall — but both posted more photos of Hudson. On Jan. 24, Anstead posted a photo of him leaning in to kiss the smiling three-year-old. Hours later, Hall posted a photo to her Instagram Stories of Hudson sweetly hugging her husband’s large dog, Stella.