Here’s why Sharna Burgess may only have 1 child 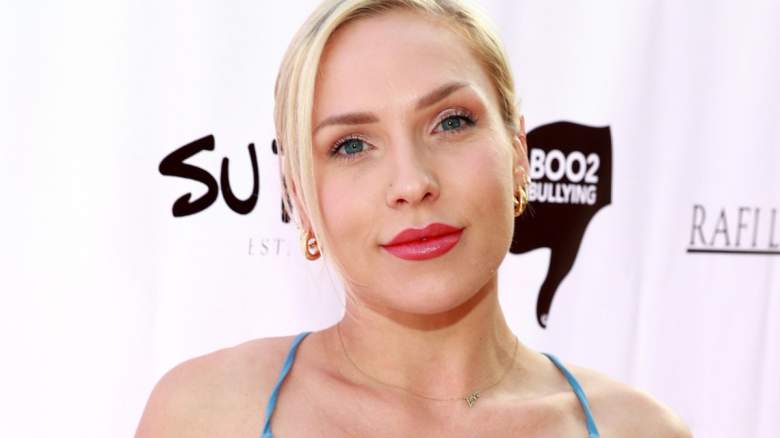 Sharna Burgess and her boyfriend Brian Austin Green are “over the moon” in love with their newborn son Zane, who was born on June 28, 2022, according to their Instagram account.

On February 16, 2022, the “Dancing With the Stars” pro announced her pregnancy. “And suddenly my world would never be the same. Forever bigger, forever expanded and deeper. Forever plentiful and unconditional,” she captioned an Instagram post.

Burgess has kept her followers updated for most of her pregnancy, and she’s shared many of her mommy must-haves and anything she found useful as a first-time mom. The reality star is madly in love with her baby boy and has shared some sweet photos and videos of his first few weeks on earth.

“Thank you for choosing Zane Walker Green. To my last breath and beyond, I love you,” Burgess commented on an emotional birth video shared on July 21, 2022.

And while Burgess is still adjusting to being a mom and having an ever-changing newborn, it seems like this could be a one-time situation for her.

Green is now the father of five children. He shares son Kassius Lijah Marcil-Green with his ex Vanessa Marcil, has three sons with his ex-wife Megan Fox, in addition to baby Zane. In an interview with Entertainment Tonight, Green said he could be done reproducing after having five children.

“I mean, I have five kids, and we joke that I already had a station wagon, so now I have it [to get] a Yukon Denali,” the Beverly Hills 90210 star told the outlet. “How do you travel? For example, if you go into a restaurant and ask for a table for seven, it all becomes a bit much. I think I’ll be ready by five,” he said.

While Green doesn’t feel like he’ll have any more children, he made it clear his decision wasn’t set in stone.

“I don’t say never, see, I say, ‘I think.’ And there is much that can come from thinking. There is a lot of room for change in that,” he reiterated.

In June 2021, Burgess told Entertainment Tonight that she definitely wanted to have children of her own one day.

“One hundred percent, they were always in sight for me. So we’ll see what the universe says will happen. We’re just going to leave that open-ended,” she told the outlet at the time. Before becoming pregnant with their son, Burgess expressed her desire to have a baby girl.

“Just because we’re in love doesn’t mean we’re going to make it onto the kids’ stage for sure,” Burgess told Us Weekly in October 2021. “We hope so. We hope it’s final. We want it to be a final, but neither of us can promise those things early on, especially not [his] children,” she continued.

Burgess shared that she’s not in any “rush” to have a baby with Green, but that “when that time comes,” she would “love a girl.”

She explained that she had children with Green before the two got really serious because she knew she wanted to have a family one day.

“That was a deal breaker for me,” she told the outlet. “I was really grateful that he was open about it. He even brought it up. He then said yes with the right person. … And I want marriage and babies, what a fairy tale. So I had to know,” she said.