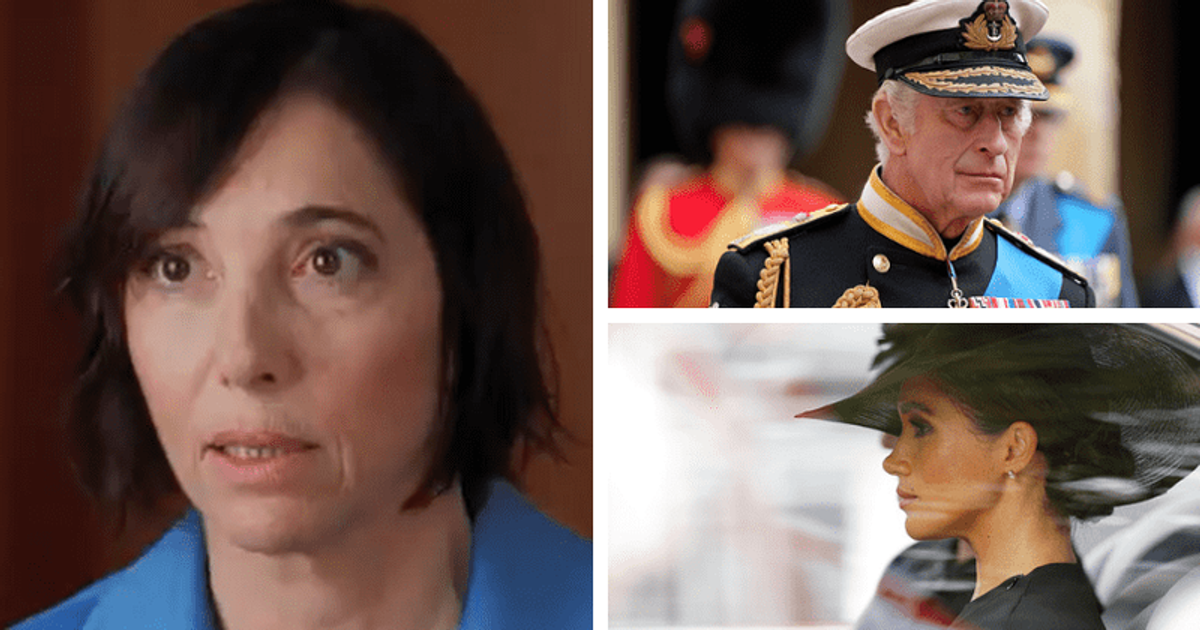 Chrisitna Oxenberg, King Charles’ third cousin, said the royal family’s behavior was nothing new and that Meghan should “just hang in there”.

LONDON, UK: A cousin of King Charles has “harassed” Meghan Markle from the royal family and advised the 41-year-old Duchess to “just hang in there”. The king’s third cousin, Christina Oxenberg, said the behavior of the royal family was not unusual, as they have a history of treating newcomers poorly – particularly women who are dating family members.

In the British monarchy, as a rule, only those who are “tough” survive, according to Oxenberg. The harassment was particularly brutal for Meghan, Oxenberg revealed in an exclusive interview with the New York Post, broadcast by PageSix. “They’re tough, they’re tough on foreigners,” she said. “It’s not about the color of your skin, it’s about being a foreigner.” The Duke and Duchess of Sussex arrived in the UK on September 4 to attend their previously planned engagements but decided to stay in Harry’s hometown to stay after they received the news of the Queen’s death.

Oxenberg said in her interview: “To Meghan Markle, I say what you’re going through is one hell of a haze. If she can just hold on, someone else who can take the heat will come along. Nobody gets a passport.”

Oxenberg claimed that even Kate Middleton, who is now one of the most beloved members of the royal family, was once mocked by them. They thought it was funny when she was dubbed “Kate Middle Class” by the British tabloid.

Oxenberg said: “They all thought it was very funny. They didn’t mean disrespect; after all, she’s the future Queen of England.” Not only Kate, but also actress and photographer Koo Stark, she says, was at the end of such treatment when she dated Prince Andrew in the 1980s. Oxenberg, 59, is a fashion designer and the author of nine books. Her sister is Dynasty star Catherine Oxenberg and her mother is Princess Elizabeth of Yugoslavia.

The news comes after Meghan Markle reportedly sent a formal letter to King Charles asking to meet in person before she and Prince Harry return to their Montecito mansion in California. Commentator Neil Sean claimed on his YouTube channel that Meghan is hoping to mend things with the 73-year-old monarch. He said: “She now reportedly wants to have a one-on-one audience with King Charles III before returning to California. to have [request] was made in a formal letter; that’s how you write to the king, about his equerry, and of course that’s passed on, etc.’

He continued: “Well, you know, you have to admire Meghan’s confidence whatever you think. Basically, she believes that according to this letter, it would be an opportunity to clear the air, separate the right from the wrong and explain some of the reasons for what they have been doing over the past two years. Honestly, we have no idea if this will continue… But I think it’s a very bold move for Meghan.”