Heidi Klum, 49, shows off her stunning figure in a sexy lingerie pic with daughter Leni, 18 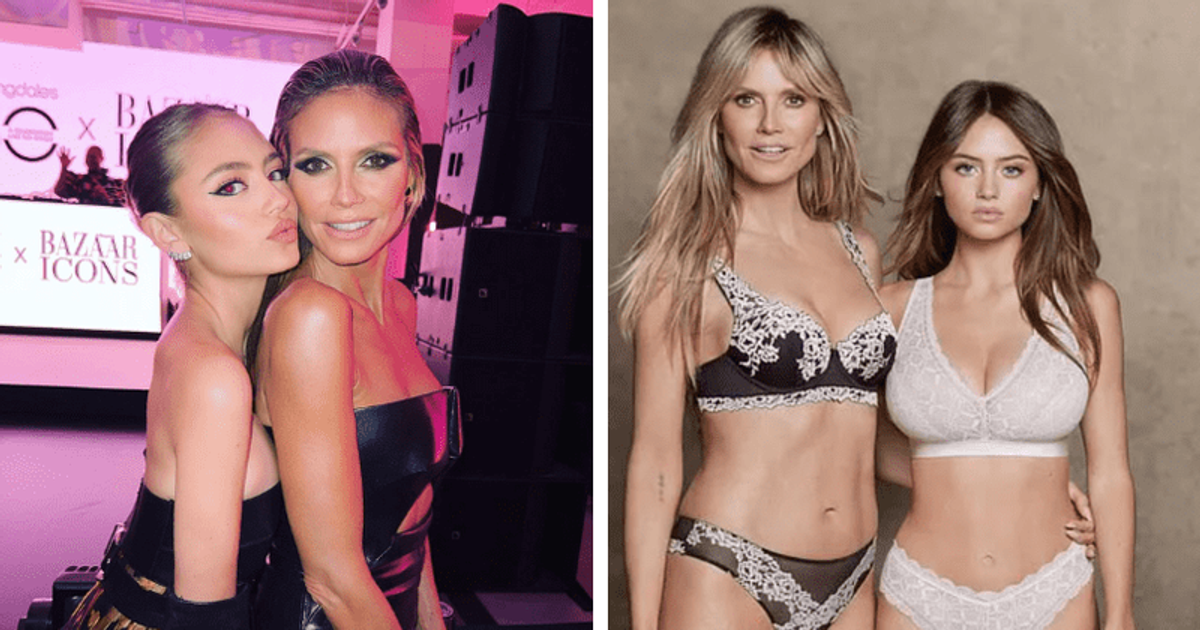 Leni, who has a whopping 1.5 million followers on Instagram, recently moved to New York to begin her studies

LOS ANGELES, CALIFORNIA: Heidi Klum posed with her daughter Leni in a selection of stunning lingerie for an Intimissimi campaign on Monday, October 10. The 49-year-old supermodel looked stunning in a black bra and panties embellished with white flowers to show off her enormous cleavage and perky midsection. She put on light make-up to emphasize her natural beauty and let her blonde hair fall down her shoulders.

Leni, her daughter lookalike, 18, looked stunning in a white lace bra and matching lingerie. She wore minimal makeup to emphasize her youthful looks and left her chocolate colored hair down. Thomas Hayo in Los Angeles led the creation of the Intimissimi campaign, which debuted October 10.

Flavio Briatore, Heidi’s ex-husband, is Leni’s biological father. However, singer Seal legally adopted Leni in 2009 after marrying Klum in 2005. Heidi filed for divorce in 2012 after nearly seven years of marriage; two years later, in 2014, it was awarded. Leni is now also following in her mother’s footsteps as a successful model. She recently shone on the cover of Hunger magazine, appeared in Vogue Germany and Glamor Germany and walked at Milan Fashion Week last month.

Leni, who has a whopping 1.5 million followers on Instagram, recently relocated from her hometown to New York City to begin her freshman year.

During a recent appearance on “The Late Late Show With James Cordon,” Heidi spoke openly about the breakup. “It’s so sad. She just moved in this weekend and I call her. She usually answers, but then I don’t hear anything for three or four hours,” admitted Heidi.

“And already my head goes, ‘Where is she? What is she doing? Why isn’t she answering?’ The worries are already beginning,” she added.

Leni previously revealed the modeling tips Heidi gave her in her early days in the profession. “She’s always telling me to have fun, and she’s always like, ‘Hop around, be fun, be energetic, be excited,'” she said in an interview with Extra TV last year.

The media personality added that while she enjoys working in the modeling and fashion industries just as much as her mother, their personal styles and preferences are very different.