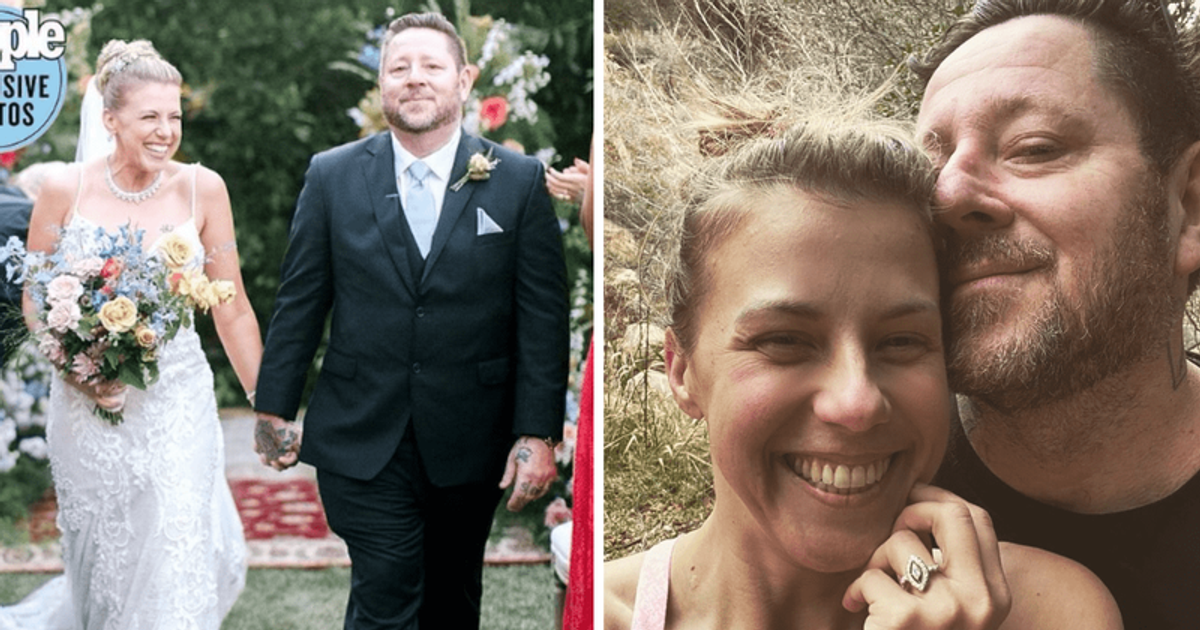 The wedding ceremony took place on Saturday night, July 30, 2022, in the presence of Sweetin’s two daughters and ‘Full House’ cast members, including John Stamos and Candace Cameron Bure, according to PEOPLE. The 40-year-old actress got engaged to Wasilewski in January 2022. She said at the time, “I know I have the right partner for the rest of my life,” adding, “And I couldn’t be more grateful.”

Jodie Sweetin’s net worth: The TV personality became a proponent of ‘addiction healing’.

How did Sweetin and Wasilewski meet?

According to the report, Sweetin walked down the aisle with her father Sam while her daughters Zoie, 14, and Beatrix, 11, stood beside her as she and Wasilewski exchanged personalized vows and rings from Kay Jewelers.

After the backyard wedding ceremony, the 50 guests, including their ‘Full House’ cast members Stamos, 58, Cameron Bure, 46, and Andrea Barber, 46, enjoyed a dinner of tacos and a guacamole bar served by Border Grill.

“I didn’t want it to be fussy,” Sweetin said of her reception, which was planned by Sara Landon Events. She added, “The look is very organic and natural. It’s all about good food and good friends – and twinkling lights!”

Sweetin and Wasilewski first met through mutual friends and began dating long-distance in 2017. While Wasilewski was in New York, she was in Los Angeles. Wasilewski moved to LA in 2020. She explained, “All the pieces just fell into place.”

Speaking about their relationship with People, the actress said the couple’s love and support for each other grows with each passing time. Sweetin said, “Mescal makes me feel completely comfortable and confident in shining as brightly as I need to,” adding, “He shows up and shows up for my girls. And we harmonize so well. He really is the best teammate I could ask for.”

Before her marriage to Wasilewski, Sweetin was married three times and engaged once. She married her first husband, Los Angeles Police Officer Shaun Holguin, in 2002 at the age of 20. The couple divorced in 2006.

Sweetin met Cody Herpin, a film transportation coordinator, in May 2007. They married on July 14, 2007 in Las Vegas, Nevada. Their daughter Zoie was born in 2008. The actress filed for legal separation that same year. Their divorce was finalized on April 20, 2010.

Sweetin then married her boyfriend Morty Coyle on March 15, 2012. They have a daughter named Beatrix, born in 2010. The couple divorced in September 2016.