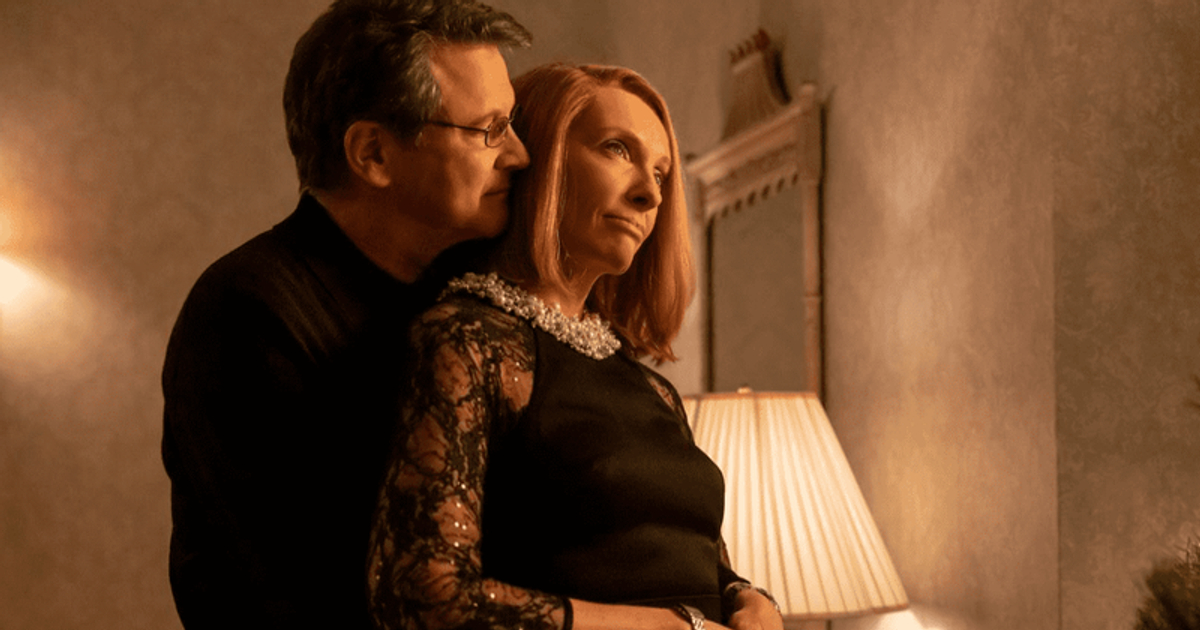 A gripping crime thriller premieres on HBO Max this May. The Staircase, a true crime series starring Colin Firth and Toni Colette and based on the documentary of the same name, attempts to tell the story of Michael Peterson and his trial after he was charged with the murder of his wife, Kathleen Peterson. She was found dead at the bottom of a staircase in her home, and what ensued was an investigation that was constantly filled with new twists and turns. For those who don’t know, the documentary series currently streaming on Netflix will help as an introduction for those who don’t know.

In the series version, Firth and Colette will play the Petersons, and the first three episodes of the show will stream on May 5th. Ahead of the release of the highly anticipated series, we’ll take a look at who’s playing who and a little more about the cast.

In the Eye of the Storm is Colin Firth’s Michael Peterson. Peterson, who served in the Marine Corps, lived in Germany with his first wife Patricia and their two sons and coincidentally his friend Elizabeth Ratliff was found dead at the bottom of the stairs and this death left Michael with their daughters Margaret (Sophie Turner) and Martha (Odessa Young).

He soon moved to North Carolina and married Kathleen Peterson in 1997. In 2001, Kathleen was found dead along with Ratliff. He was eventually charged with her murder. Firth, who plays the character, appears as one of the decorated actors playing the part. His acting credits include “Kingsman.” “Mamma Mia” and was best known for his portrayal of King George VI in “The King’s Speech” – a role which also earned him an Oscar.

Toni Collette plays Kathlee, Michael’s wife, whose death forms the core of the series. Collette is best known for her role in Muriel’s Wedding and the Australian actress was one of the most recognized names in Hollywood. Her music career is also well documented. She wrote all 11 of her band’s tracks, Toni Collette, and The Finish’s only album, Beautiful Awkward Pictures. She is a self-confessed enthusiastic camper and also likes to meditate.

Michael Stuhlbarg as David Rudolf, Patrick Schwarzenegger and Dane DeHaan as Todd and Clayton Peterson, Sophie Turner and Odessa Young as Margaret and Martha Ratliff, Olivia DeJonge as Caitlin Atwater, Tim Guinee as Bill Peterson, Vincent Vermignon as Jean-Xavier, Hannah Pniewski as Rounding out the rest of the cast are Becky, Kevin Sizemore as Mark Zamperini, Robert Crayton as Ron Guerette and Any Serkis as The Owl.