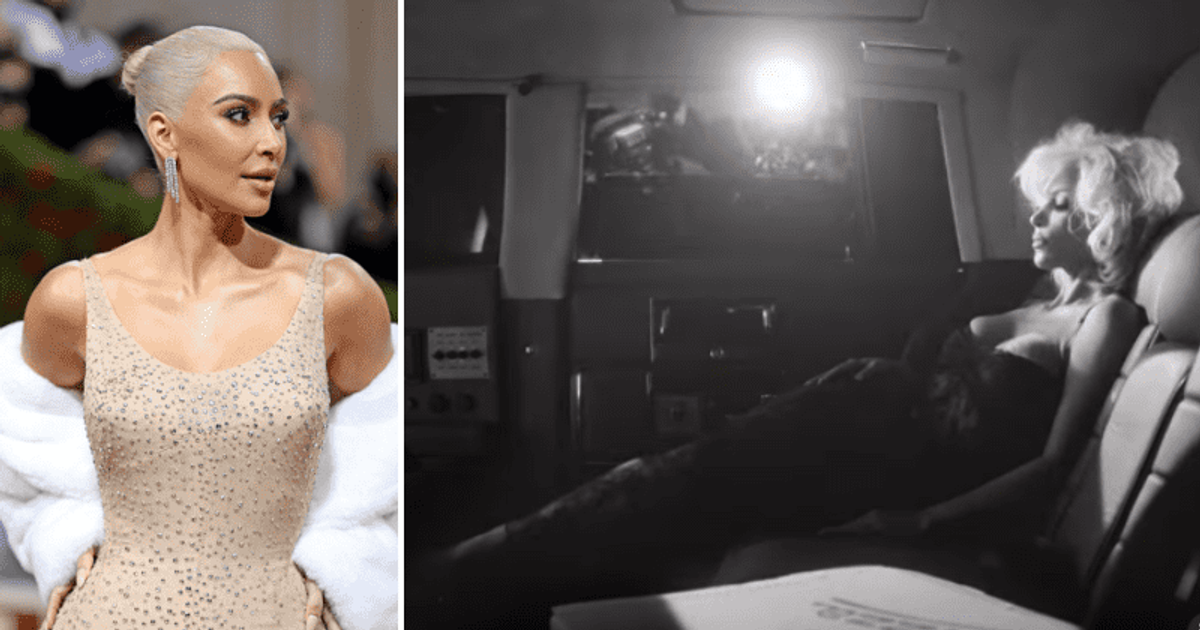 MILAN, ITLAY: SKIMS founder and reality star Kim Kardashian shared a video promotion for Dolce & Gabbana’s upcoming runway show this weekend on Thursday, in which she dressed and posed like beauty icon Marilyn Monroe, just months after she was involved in a ‘controversy’ for wearing one of Marilyn’s famous dresses to the Met Gala.

The 41-year-old wore a tight, low-cut black dress from the fashion label that showed a lot of cleavage. As for her hair, she wore a short, curly blonde wig that bore a striking resemblance to Marilyn’s famous hairstyle.

Khloe asks Kim Kardashian to be with her when her son is born and not to ‘CHEAT’ Tristan Thompson.

While fashion photographers struggled to get a picture of her throughout the black-and-white ad, Kim is seen sitting “sexy” in the back seat of a limousine. The mother-of-four posted the video to Instagram with the caption, “A pre-show appetizer,” and added the hashtag #CiaoKim. In the video, she pulled out a slice of pizza, bit into it, and then tossed the slice aside.

Although the ‘The Kardashian’ star once again put Marilyn Monroe at her best, the pictures brought back bad memories of her Met Gala performance for some fans.’ “More channeling from Marilyn Monroe? Hasn’t (she) learned her lesson?” asked a fan in a Reddit chat. “She will never be Marilyn because Marilyn is Marilyn Monroe,” said another. While one fan simply said, “Such a hard try.”

When the Hulu star attended the famous fashion event alongside then-boyfriend Pete Davidson, she encountered a range of reactions from her fans. Though her biggest critic was the actual designer of the dress himself, who slammed the stunt. “I thought it was a big mistake,” fashion designer Bob Mackie told Entertainment Weekly at the time. “[Marilyn] was a goddess. A mad goddess, but a goddess. She was just fabulous. Nobody takes pictures like that. And it was done for her. It was designed for her.” He added, “No one else should be seen in that dress.” It was in 1962 that Marilyn wore the iconic dress while singing “Happy Birthday” to President John F. Kennedy.

Kim is the new face for Italian luxury brand Dolce & Gabbana’s latest campaign. At least since Kourtney’s wedding to Travis Barker in May, the Milan fashion house has had a close connection with the Kardashian family, as they provided the wedding outfits.