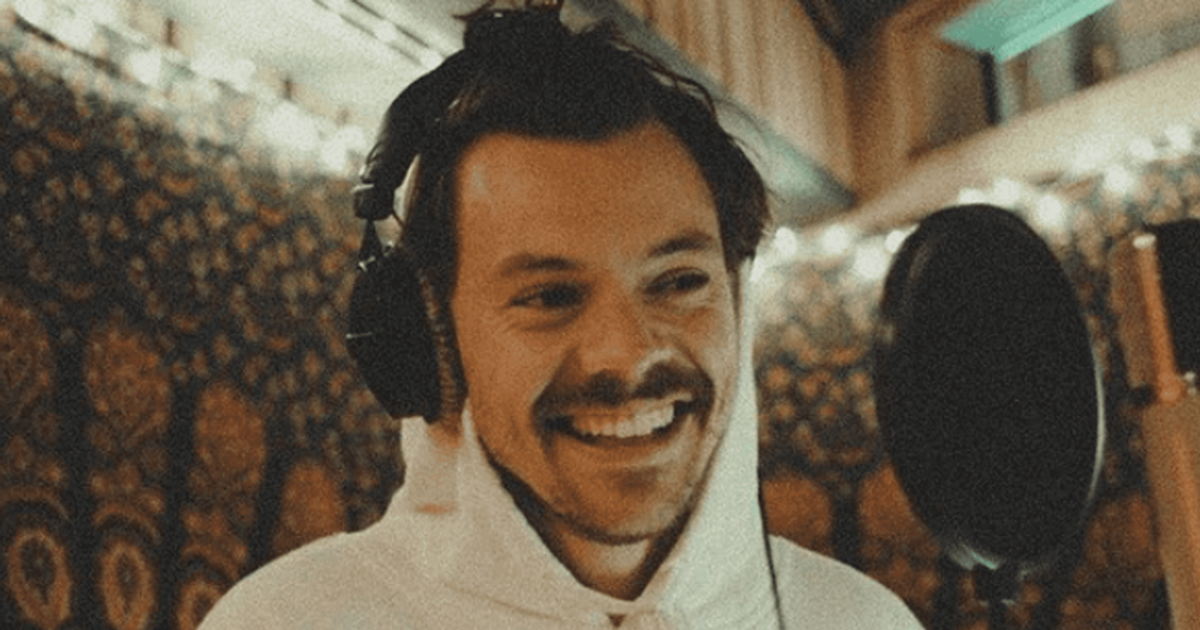 The British crooner last released his album Fine Line in 2019, while his self-titled debut solo album was released in 2017

Harry Styles collapsed on the internet on Friday May 20th while releasing his third solo studio album called Harry’s House. The songs from the ‘Golden’ hitmaker’s new album secured some of the top spots on trend lists as his devoted fans couldn’t contain their excitement.

The former One Direction member shared a series of behind-the-scenes pictures on Instagram to mark the occasion. The 28-year-old British crooner last released his album Fine Line in 2019, while his self-titled debut solo album was released in 2017. Social media users seemed impressed by Harry Styles’ latest post as hashtags ‘#harryshouse’, ‘#matilda’, #littlefreak’ and ‘#latenighttalking’ topped Twitter over the weekend.

RELATED ARTICLES
Did Harry Styles and Lizzo curse at the 2021 Grammys? Fans shocked by B-word and F-word: ‘This friendship is PERFECT’

Harry Styles fans going crazy over “Golden” because of his looks? The internet calls him the “hottest man” in the music industry

Speaking about the concept of his album in an interview with Hits Radio, Harry claimed: “I think I’ve had the idea of ​​calling it Harry’s House for a while. I think when I originally had it, it was about a specific house in some kind of geographical thing, and then I think during the album process it became much more of an inner journey to find home and peace within yourself, and all that stuff.”

He added, “So, it’s gone through a lot of different meanings, and I think all the meanings it’s gone through make it what it ended up being.” Harry’s new album has 13 songs and he previously released “As It Was” with a visually striking video to hype his project. You can stream the full album here.

Music lovers flocked to Twitter to rave about Harry Styles’ new studio work. “He finished the album with the same sound that we entered this era with,” said one user, while another wrote, “I’ve been a Harry fan for over ten years now and I can say with full confidence that Harry’s House this is best music, best album he’s made to date.” One fan shared, “I finished Harry’s house. I have no words. This album feels like a dream. the vulnerability is out of this world.”

The next tweeted: “Harry’s House is one of the best albums lyrically, sonically, rhythmically everything like there’s no competition with this album!!!!!!” Meanwhile, one said: “Harry’s House, bloody masterpiece from the start until the end, there isn’t a bad/skippable song on it. It’s a complete masterpiece and each of Harry’s albums complements each other. He’s wonderful, amazing, breathtakingly beautiful, 100000%.” ​​Another claimed, “Every single song from Harry’s house is an 11/10. No Skip album. Pure FuEgO. full of emotions You can see the story. You understand it. You feel at home. It’s like a warm hug. It’s like your favorite drink. Your comfort blanket. You go to the Happy/Sad/Breakup/Grow Up album. It’s perfect.” And one concluded: “Harry Styles you talented fucking genius with an angelic voice thank you for blessing us with Harry’s house. We love you. Omg this album was so beautiful.”