Harry Styles and Olivia Wilde are seen leaving the couple’s gym in LA, while the singer canceled three shows after catching the flu 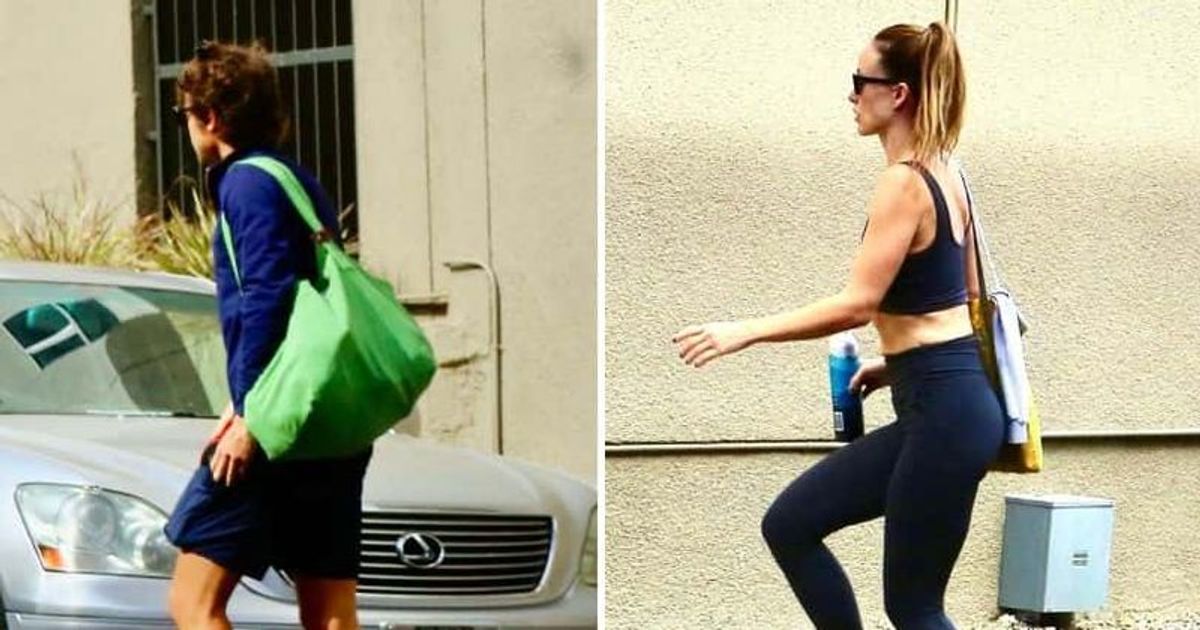 The ‘Watermelon Sugar’ singer came down with a really bad flu, which prompted him to cancel his three sold-out concerts in LA just hours before his stage performance

LOS ANGELES, CALIFORNIA: Harry Styles and Olivia Wilde were spotted leaving a couple’s gym in LA on November 11, Friday, after he reportedly canceled his three concerts in LA just hours before his performance at the Kia Forum in Inglewood Flu. The couple looked focused as the two returned to their respective rides.

The actress wore a black crop top that showed off her enviable abs paired with high-waisted leggings and trainers. Her hair was tied in a ponytail and she complemented the outfit with stylish sunglasses while holding a bottle in her right hand. Meanwhile, Harry was wearing a blue top and black shorts while carrying a green holdall on his shoulder.

The ‘Watermelon Sugar’ singer came down with a really bad flu, which prompted him to cancel his three sold-out concerts in LA just hours before his stage performance. The singer was devastated and took to Instagram to announce the news as extremely apologetic. Styles was scheduled to perform on Saturday, November 5, Sunday, November 6, and Monday, November 7 at the 70,000-seat arena. Dates for all three shows have been pushed back to January. Additionally, Styles had to reschedule his Friday night performance in Los Angeles due to “band sickness,” the venue tweeted. Styles performs 15 straight nights at the Kia Forum headlining the North American leg of his “Love On Tour.” It started on October 31st.

“Towards the end of the show on Wednesday I got sick and have been in bed with the flu ever since,” Harry’s statement began. “I did everything I could to be able to sing tonight, but I’m leaving the doctor now and I’m devastated that it’s just not possible,” he added. “Until recently, in the 12 years I’ve been touring, I haven’t had to reschedule a show due to illness. I’m so sorry, and if there was any way I could do the show,” Styles said, further expressing his sadness at canceling the show. “I’m sorry that this news comes so close to show time, but it was my sincere hope to play for you tonight. I know some of you have planned trips to LA to see the show and that means the absolute world to me,” he added.

“The November 5, 6, 7 shows will be rescheduled to January 26, 27, 29, 2023. Everything else will play out as planned, I can’t wait to see you guys then and I’m so sorry. Love,’ he wrote, ending with his initial ‘H’. This canceled series of concerts in LA follows a canceled performance in Chicago on October 6, which was eventually rescheduled to October 10 on Thursday, October 6, 2022 at the United Center, rescheduled to Monday, October 10 due to band/crew illness October 2022.” Harry’s adoring fanbase didn’t take the news well, despite the event being postponed by just four days.

Styles and his group finally seem to be feeling the impact of the enormous undertaking of the Love On Tour. The pop star’s band, and now Styles himself, have been plagued by illnesses, but the megastar has continued to put on high-octane shows and attend Hollywood premieres. Styles has launched a film career alongside the seven legs of his global tour with the recent success of Don’t Worry Darling and his latest release My Policeman, which debuted on Amazon Prime over the weekend. The 22-month spectacle is scheduled to end in Italy in 2023.