Hallmark’s Color My World With Love Ending Explained: Are Kendall And Brad Getting Their Happy Endings? 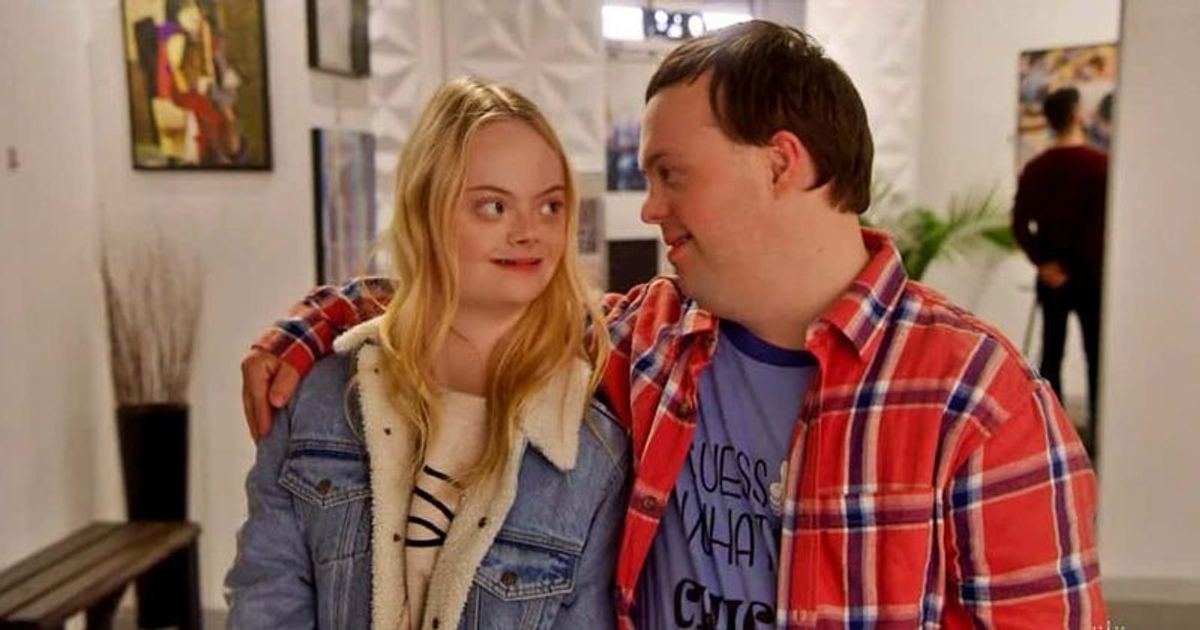 Color My World with Love from Hallmark Movies & Mysteries is a landmark film because it stars two actors with Down Syndrome. The film advocates that no matter what, everyone deserves true love, no matter who they are. The story revolves around two people with Down syndrome who fall in love, but circumstances seem to prevent them from being together.

Kendall (Lily D. Moore), one of the leading actresses, is a gifted artist who creates beautiful Impressionist-style paintings that reflect the reality of her subjects as she sees them. She lives with her mother Emma (Erica Durance) and grandmother Bev (Karen Kruper). Her life takes an exciting turn when she meets Brad (David DeSanctis), who also has Down Syndrome, attends a cooking class at the local center for diverse learners, and romance blossoms. Emma has spent the last 22 years protecting her daughter due to her own past heartbreak and has reservations about Kendall and Brad’s new relationship, especially if it’s quickly moving in a serious direction. Emma doesn’t want Kendall to suffer heartbreak and tries to slow things down. So Kendall and Brad convince Emma to get her happy ending?

Kendall and Brad get engaged and make plans to get married immediately. Concerned that their relationship is going too fast, Emma asks Kendall to postpone the wedding. When Kendall tells Brad about it, he’s upset. They even have their first argument and the couple break up. In a key scene in the film, Kendall disappears and Brad blames himself. Emma has an emotional breakdown as she misses her daughter so much and feels like she has let her down. Luckily, the police inform Emma that Kendall was found safe. However, the incident leads to Emma deciding that Kendall and Brad cannot see each other. Their breakup causes both Kendall and Brad to become depressed while struggling to live without each other.

Later in the film, Emma and Kendall have an emotional conversation, during which Emma reveals that she doesn’t want her daughter to experience any heartbreak or pain. However, Kendall assures her relationship with Brad won’t end up like her parents did because they both love each other so much. After talking to Nic (Benjamin Ayres) and her mother, Emma realizes that Kendall is capable of so much love. She decides to trust her love, which will help them face all of life’s challenges. Eventually, Emma accepts that Kendall is ready to have her own life. Along the way, Emma also learns a lesson from Kendall about looking beyond what’s in front of you and seeing the beauty that exists. Kendall’s love also inspires Emma to fall in love again.

Thanks to Emma, ​​Kendall and Brad get back together and decide to get married. Emma even invites her ex-husband Todd to the wedding since Kendall wanted her father to be there. As the film nears its conclusion, Kendall and Brad marry in a beautiful and intimate wedding. Emma and Nic also officially start their relationship and so everyone gets a happy ending.