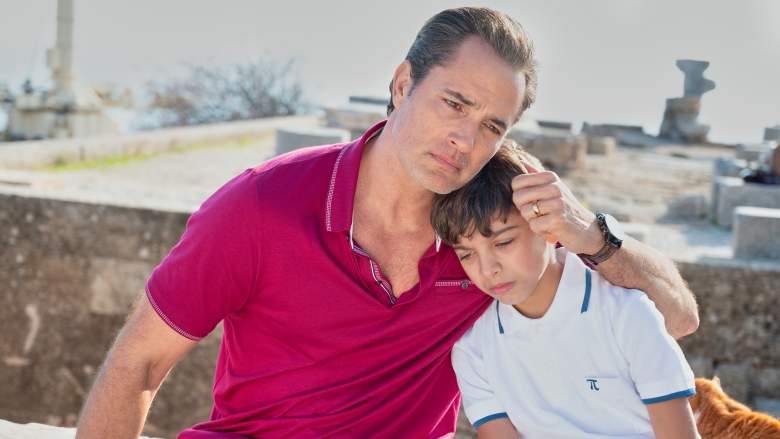 The stars of Hallmark’s The Wedding Veil series are ready for a third trilogy. And the fans came up with a unique idea: to make a film that focuses on how the husbands build their relationships with each other. Victor Webster is on board with the plan.

In a series of tweets during “The Wedding Veil Journey,” Webster said he’d love to do a new husband-centric movie.

On twitter, Kayla wrote: “For the next trilogy, I want the husbands to hang out together.”

Webster retweeted her suggestion and wrote: “That would be great. I think @kevin_mcGarry suggested that. Anyone else want to see us together? @paoloberna_off #TheWeddingVeil @hallmarkchannel.”

Webster answered“I wouldn’t be mad about that.”

He added another suggestion in another tweet, To write: “What if the girls go on a girls’ strip and the boys go on a boys’ strip?” The girls can go somewhere nice and buy antiques and the boys can go camping @kevin_mcGarry @paoloberna_off @hallmarkchannel #TheWeddingVeil.”

When another fan asked if this could happen, he wrote“I think if enough people wanted to see something like this maybe something could happen @hallmarkchannel #TheWeddingVeil.”

And suggestions for a husband-centric film kept pouring in as the final film of the second trilogy aired.

A person on Twitter wrote that they didn’t want the show to end after the last movie. “I’m done! I loved it! I refuse to believe this is the end! There are SO many more stories to tell!!”

In an interview with Suspenders Unbuttoned, Kevin McGarry also said he would love to see this franchise continue.

“They have ideas to move on if Hallmark lets them do it,” McGarry said about 53 minutes into the interview. “It depends on whether people want to see it or not… It would go well; It had three of the leading Hallmark ladies in it. But I think it was just a surprise how Well it did. So if people are still gungho and want to see it, I think Hallmark would keep doing it. And they’re a nice touch in January too, when things slow down a bit… It’s Hallmark’s ‘Sisterhood of the Traveling Pants’.”

Then McGarry joked, “I would make the wedding veil more spooky if I wrote it. Maybe it swims at night.”

Alison Sweeney is open to many ideas, including a Christmas movie.

She told TV Insider, “I saw fans tweeting during the final film – we do these live tweets during the premiere – and some were saying there should be a Christmas episode or a holiday episode. And I thought, oh my god, that would be so much fun if we could do something like Downton Abbey make a Christmas movie.”

She also told ET Online that she would like to do more The Wedding Veil movies.

“Are you kidding?” She said. “We had dinner together and we pitched ideas to each other about what the next films could be. So yes, there is definitely room for more ‘wedding veil’ magic and that’s what I’m here for.”

Lacey Chabert agreed. In her own interview, she said that she would like to see new trilogies in the future as well.

In an interview with Soap Opera Digest, Chabert said, “We have so much fun making these films that if we had the chance to do another one? I guarantee you we could. We even talked about potential future storylines and where we’d like to see the characters go and where we’d like to see the friendships grow. Hopefully things are going really well and we have a chance to continue.”